We are back to Valencia, Spain living afloat again. It's nice to not have to plan where we're staying tonight.. or tomorrow night! And we're enjoying being able to cook whatever we feel like. The varnish can & sandpaper are back out for some touch-ups, the sails are on which is nice because we aren't tripping over them inside anymore. And the sun has been shining away which is good for the soul. We already need sunscreen. Jon ordered the radar unit from the UK and when it arrives we can start thinking about dropping the lines here. We want to head to the Balearic Islands, still part of Spain. But I love this city. It has such a vibrant feel and everyone is always outside. We've been trying to learn more Spanish using Duolingo. Long way to go but anything helps. We found another great bike path. And we finally got some real Valencian paella today & sangria.

Here are a few pics of what we saw in France. They're not great. But this part of France turned out to be just what we were hoping for in that it was rural countryside with some beautiful old picturesque towns, lots of history and many, many, green velvet fields. When doing the Normandy beaches, we stayed in the gateway town of Bayeux, which amazingly, was untouched by bombs during the invasion. The US military actually made a ring road around the town center so that they could avoid the inevitable congestion of tanks and military vehicles in the tight streets. The ring road still exists today. The cemeteries, museums and conserved heavy battlefields were sobering but interesting. The town of Mont St Michel with its castle on a rock island was stunning even though the tide was out when we visited. And St Malo was another beautiful walled city with great views from the ramparts. Made famous by the book "All The Light We Cannot See", it is a unique spot with a great harbor for sailboats too. Can't wait to start the book that you gave me mom! 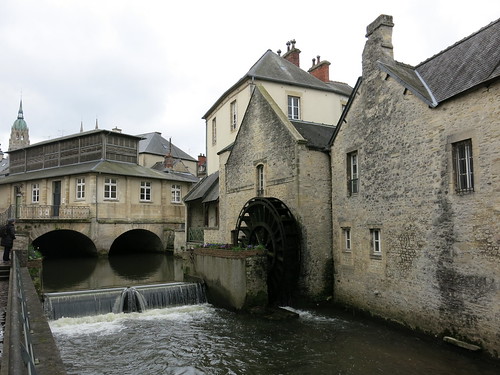 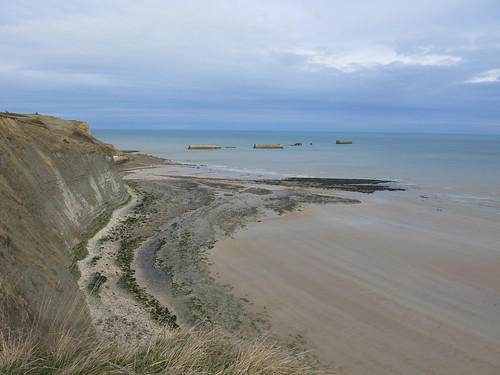 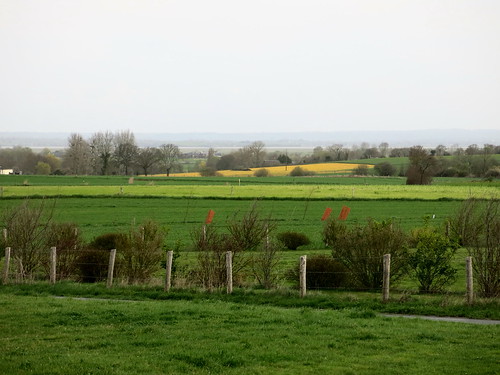 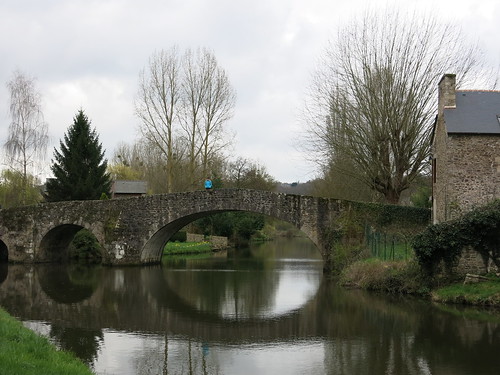 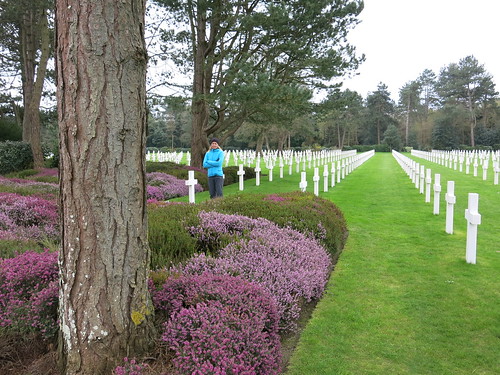 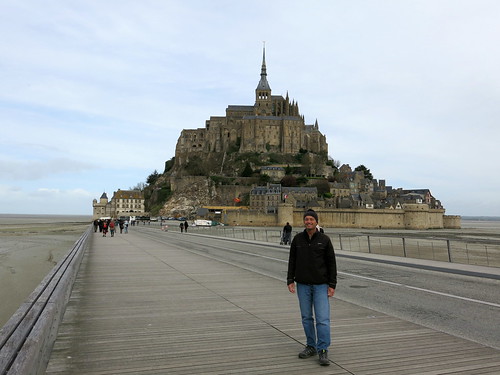 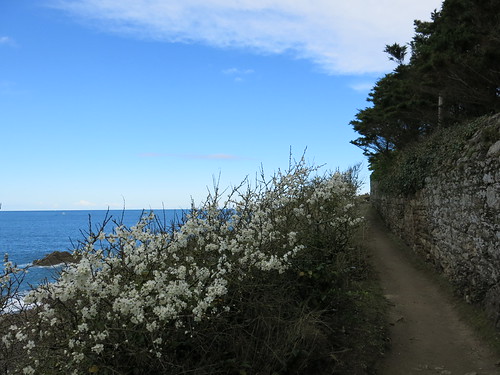 On the way back to Paris to get near the airport to leave the following day, we made a family history stop in a little town called Mortagne Au Perche because Jon's cousin Loranne told us that there was a plaque for Charles Turgeon- a really distant relative!- who sailed to Canada in the 1600's to start a new life. We stopped at the library in the town and 2 great ladies went right to work remembering where the plaque was in the town! Turns out there were 2 of them- one in the old Notre Dame church that listed all the people who left from the town for Canada, and another for Charles mounted on a housing building nearby- not quite so lovely of a building either. Well, it was a nice little diversion and funny to be on the hunt for these plaques. The library ladies were so helpful and we could barely understand their French but we found both of them so success! 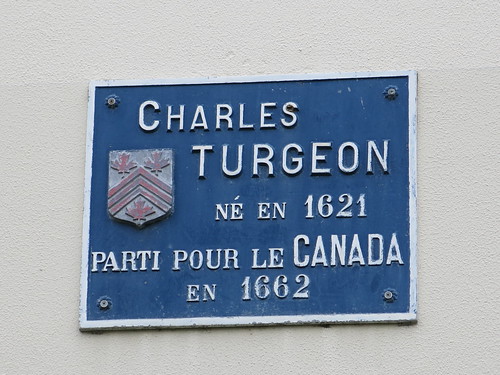 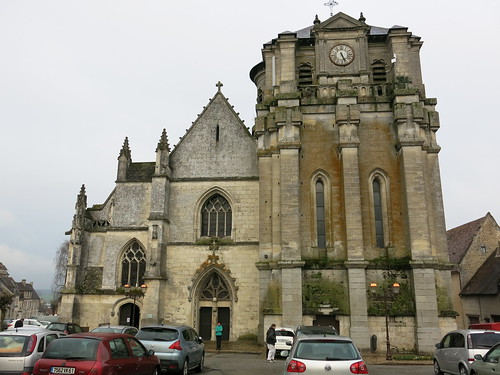 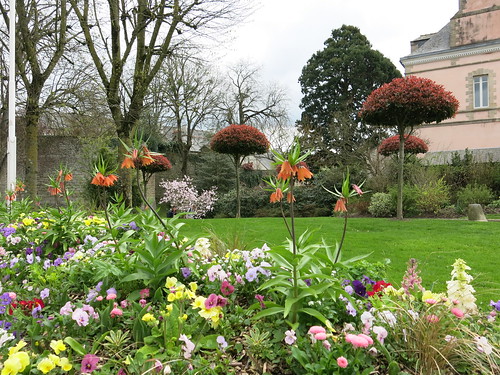 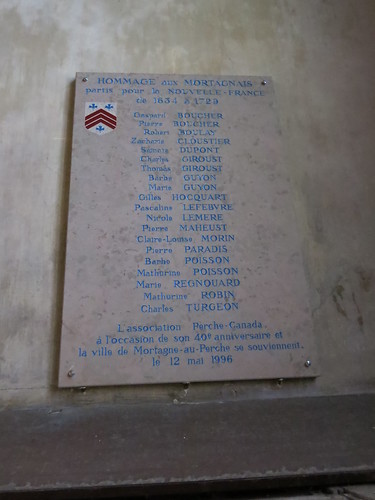