4/22
We are stocked up, the maintenance is done, rigging check done, radar is in, loose ends are tied up and we are leaving this slip to start exploring! After 7 months in Valencia, it is hard to say goodbye but at the same time, we are ready to move on & see new things. We're headed to Ibiza,in the Balearic Islands and are really looking forward to finally seeing them. Still part of Spain so we don't have to give up the Cava, jamon and all the other Spanish stuff we have grown to love.
Everyone has been so nice to us and we feel fortunate to have discovered this place so unexpectedly. When I went to pay the final marina bill, I found out that the marina gave us the last month free because they felt bad about the hassle we had with the theft and they wanted us to leave with good feelings! Well that is a nice feeling. We sold the old radar dome in the consignment shop here and you get the full amount to spend in the store. We thought oh great, there is nothing in this store we want and it always feels like we accumulate some pack years since the staff smokes non-stop. But it just so happened that the day we walked in, they were stocking up a new rack with Sea to Summit hiking gear so we ended up with new backpacking pillows, super light daypacks and tech towels. So that saved us from buying more boat chemicals that we don't need... 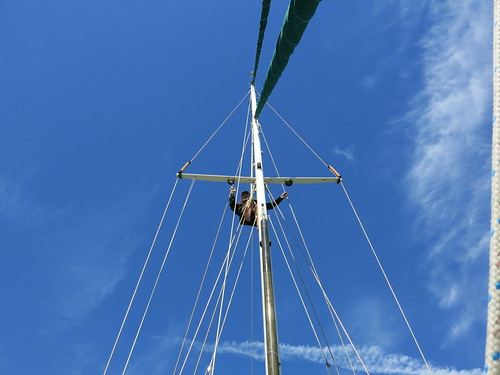 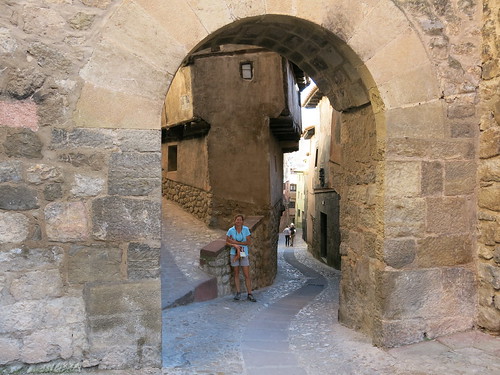 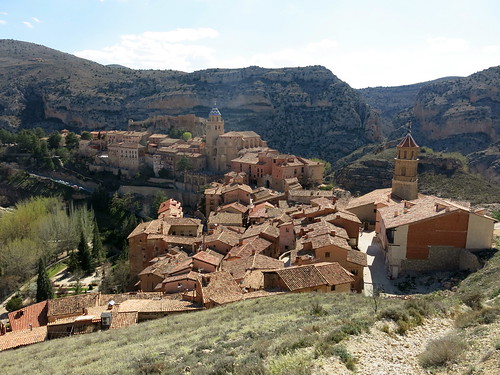 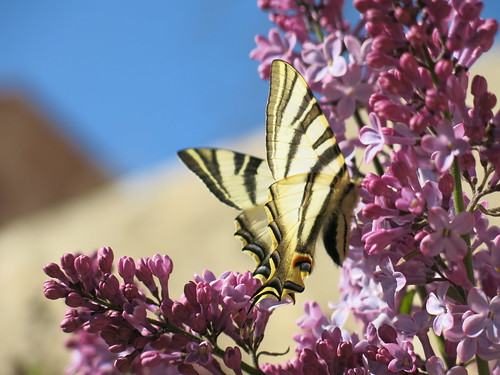 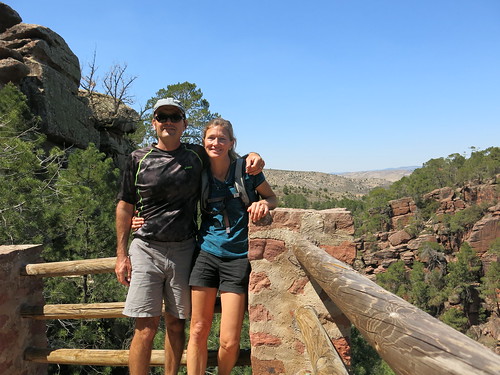 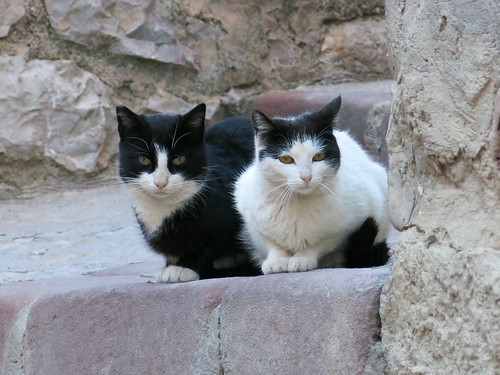 We've never stayed in a place with so many bike paths and we came to do nearly everything on our bikes. Watching Spring fill in has been great because there are so many wildflowers. We rented countless cars by biking to & from the airport because the car rentals were ridiculously cheap- ($3.50/day was our record but $5 as second best isn't too shabby) and we could get there almost entirely on bike path. To break up the boat work recently, we rented one for a few days to head northwest to the town of Albarracin. Touted as one of the prettiest medieval villages in Spain, it sits in a little bowl of pinkish mountains and the village is beautiful with overhanging wooden balconies and a castle with a wall running up the hillside. In about the year 1010, it was actually a small Islamic state for 100 years. There were hiking paths to cave drawings, paths running along an old Roman aqueduct as well as along the river that runs through the city. The lilacs were blooming, both white & lavender and it made me think of you mom! It was the first place we've ever stayed that had the "uni-pillow"- one long pillow that runs the width of the bed to share- that's a new one for us! And when we went out to dinner, we got the common budget 3 course meal that includes wine & bread but this time, they put a bottle each of white & red on the table for you to have as much as you want! But then again, beer is the same as soda at McDonalds...
It has definitely warmed up a lot and the sun is out full on. It feels like summer except there is a cool breeze off the water. 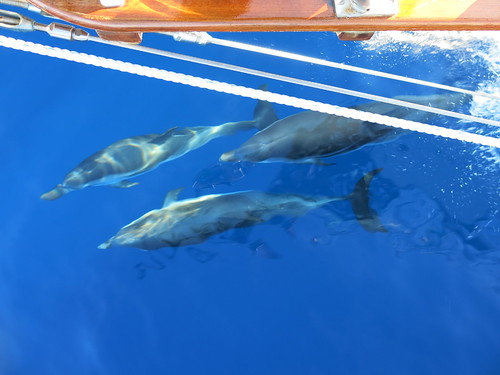 4/24
We made it! It was a long, easy 80 mile day to Ibiza yesterday with a dirty prop but we rolled into a beautiful anchorage just as the sun set and we have the place to ourselves, well except for the gulls. We saw lots of dolphin and the water was that gorgeous Mediterranean blue that I've been really missing these past few months. We got in the water today and cleaned the prop and know we have a lot more cleaning to do with our tanks on but we should gain a kt of boatspeed now! It is great to be cruising again.