Hmm, I have once again stumbled upon writer's block. I think it's because we have been doing the north coast of Menorca in the Balearics and it is really about quiet-ish anchorages, hiking & snorkeling. I think it is what Jon had in mind when he set up this blog years ago and named it "Slow sailing". Although we don't like to sail slow, the image of it and doing simple things is nice. Nothing major to report. And sun, sun, sun, and more sun! We dream of shade. We chug bottle after bottle of water and sports drinks and try to find any speck of shade we see. 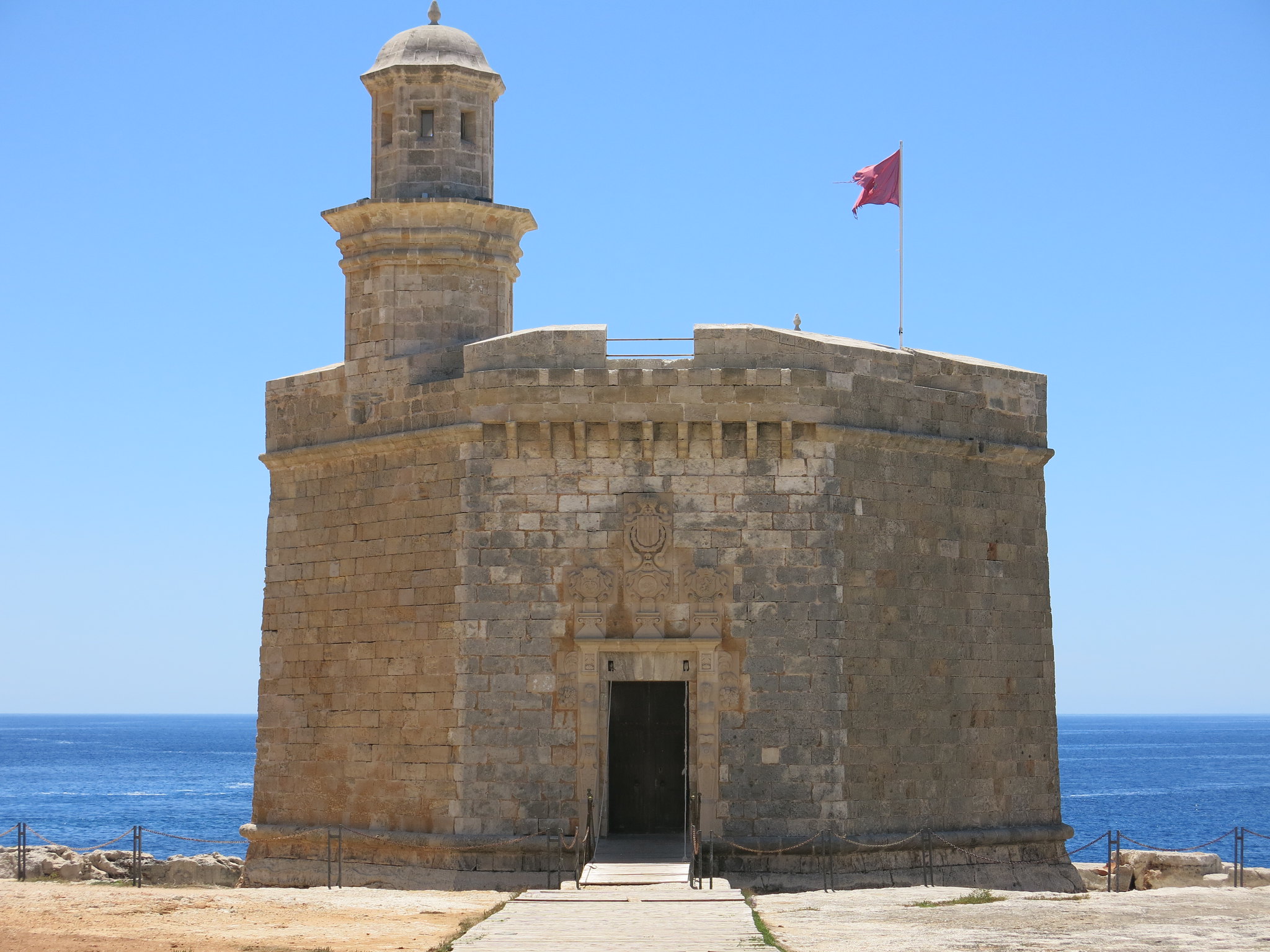 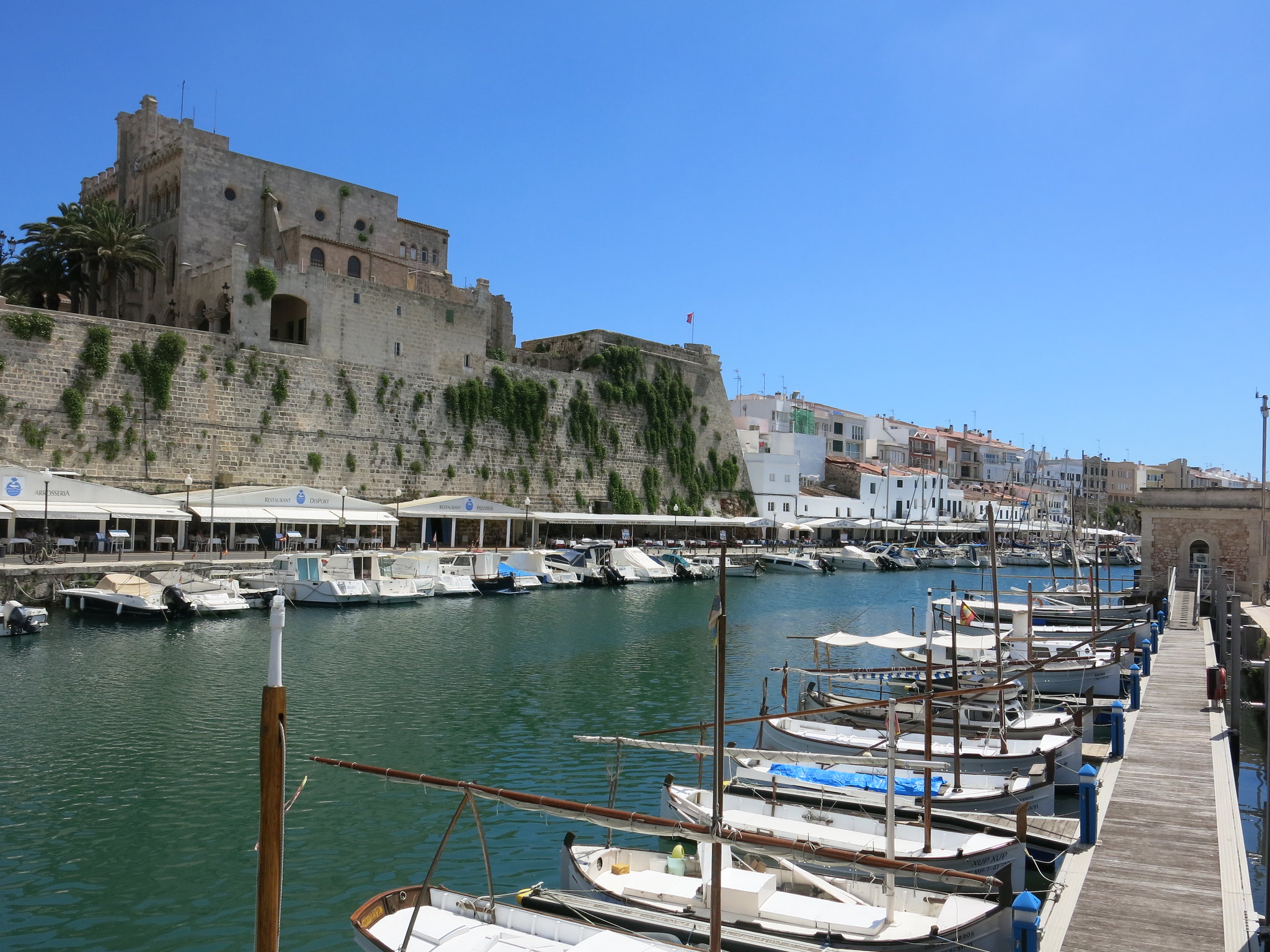 Menorca has been interesting. There is so much history here because everyone wanted it for its central location in the Med. It continues like Mallorca with the defensive towers on every hilltop & harbor entrance along with the occasional modern look-alike at someone's house. Because it is smaller than Mallorca, it has more of a typical, sleepy island feel overall. Every once in a while you'll see a farmer out tending his herd of sheep or cows. I don't know what they eat because all the fields are very dry right now. Menorca's own crafts are cheese, cattle, leather shoes and gin. I'm passing on the leather shoes but we've dug in to some decent cheese and planning to try the gin today! Having the desirable climate for northern Europeans like Florida is to the US, there are numerous holiday developments along the shore that mar the beauty of the place. But the interior of the island is undisturbed and there are many coves where there is nothing built and the water is beautiful to look at and be in. Now that it is busier, we have only had one anchorage completely to ourselves. Of the boats we see they are mainly French, German, British & Spanish. 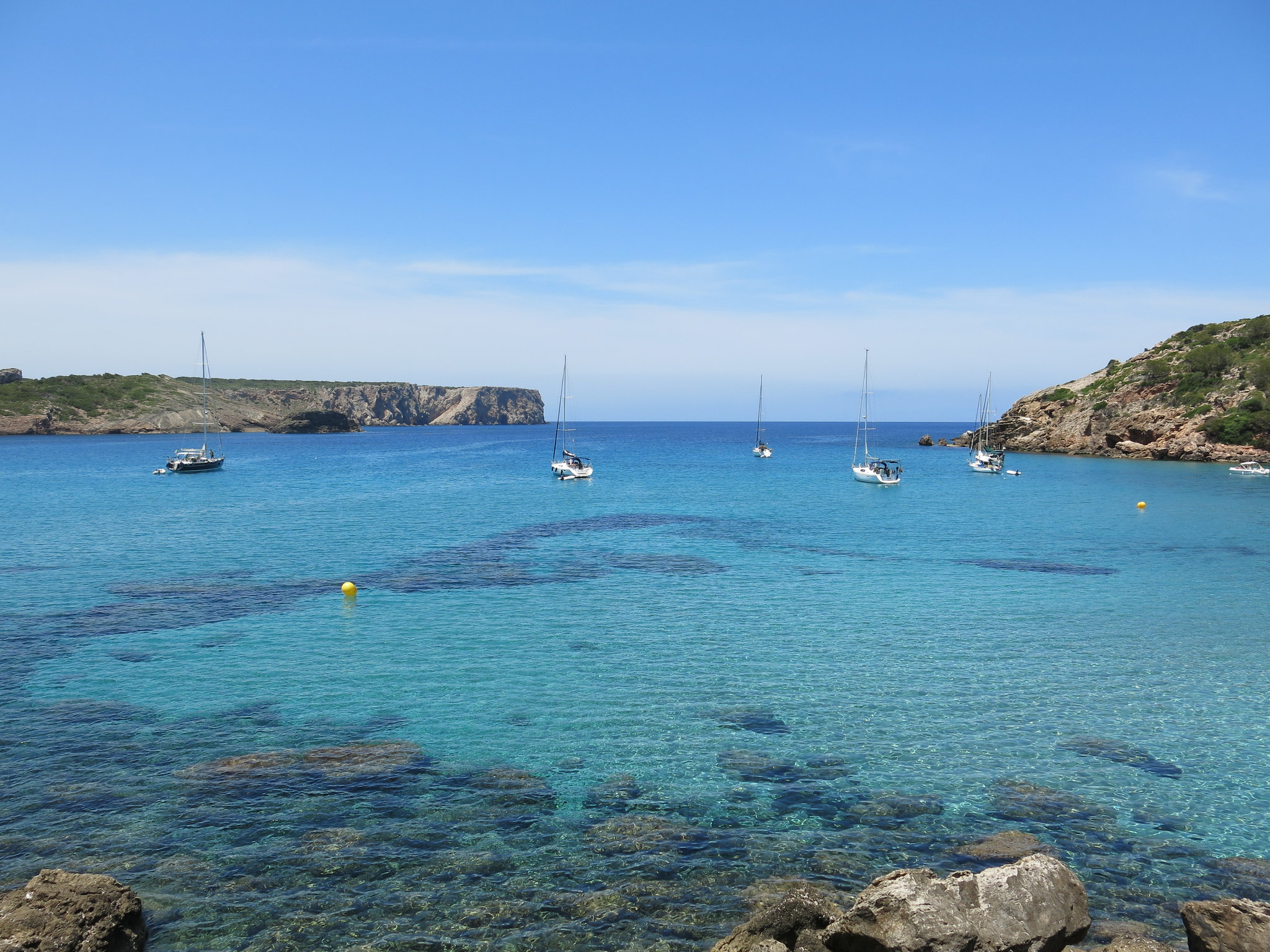 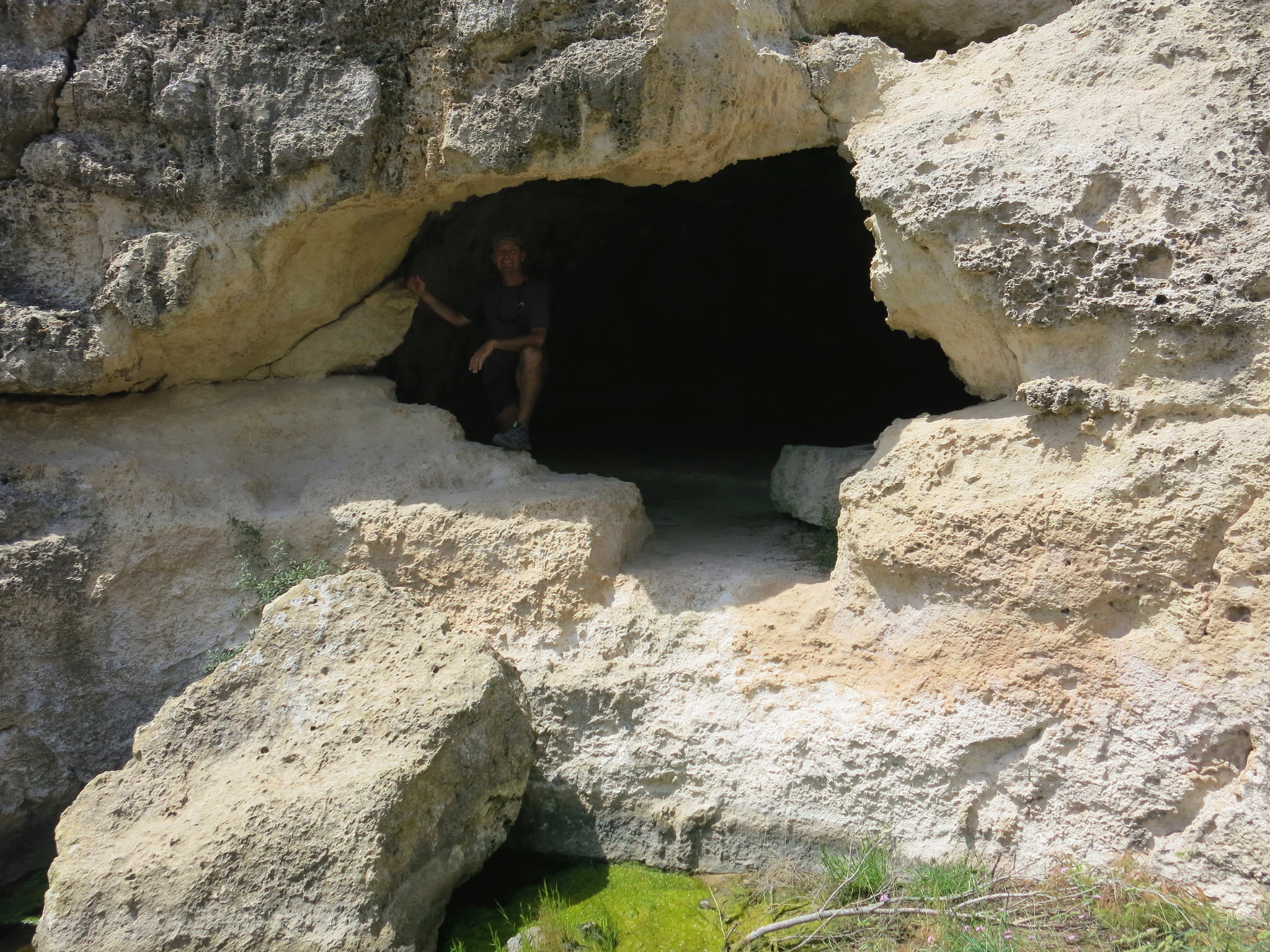 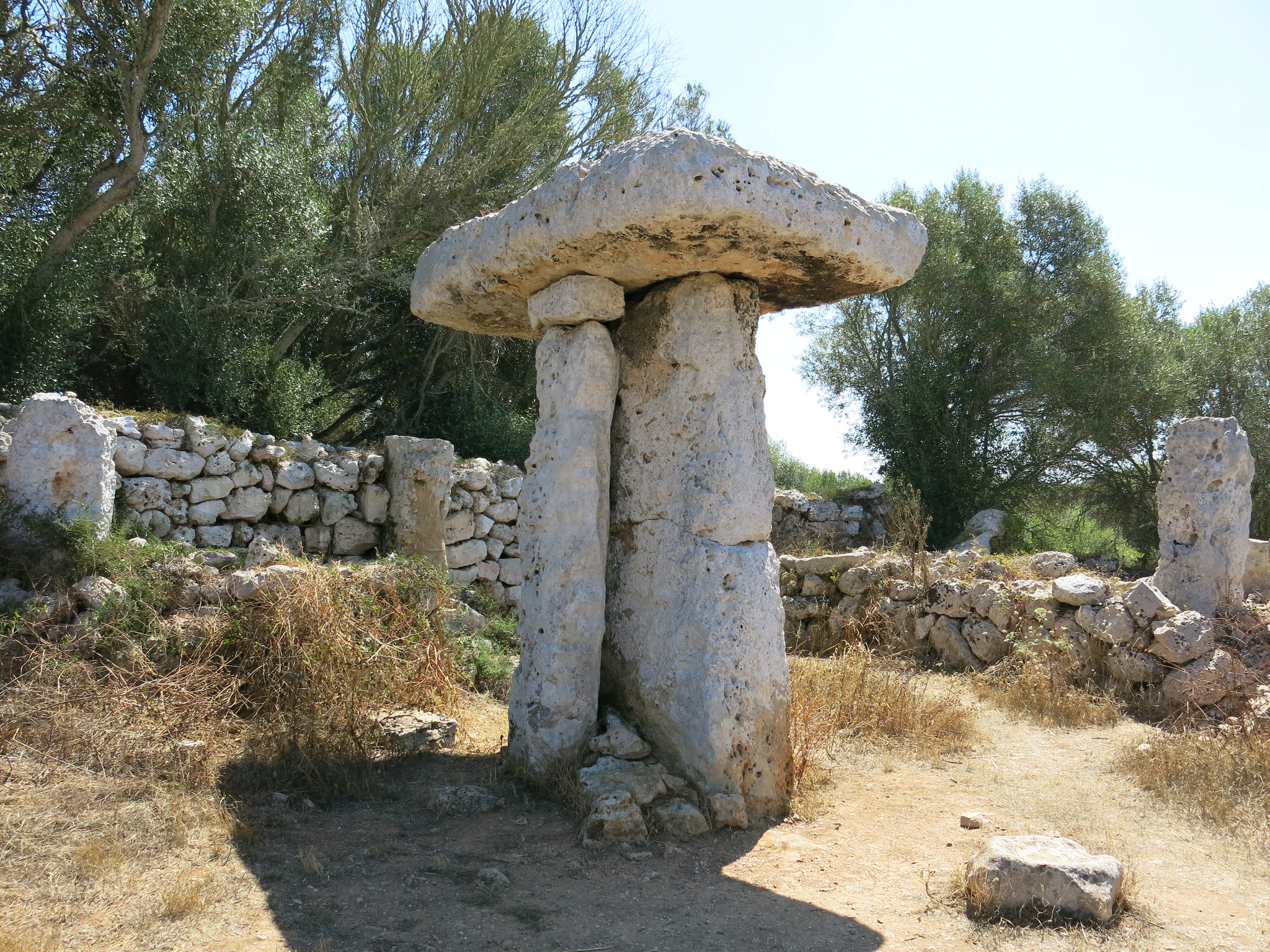 The government has formed a network of trails that make a loop around the whole island and there are over 20 sections. We have done several of these from various anchorages we've been to both by bike and on foot. We enjoy the farm fields and patting any animals that come over to see us. Hiking seems popular and we've chatted with some people on the trails. There was a sweat soaked Spanish guy from the mountains of Granada where he says it is very hot but dry and this Menorcan humidity was killing him. We are noticing it a little bit too! 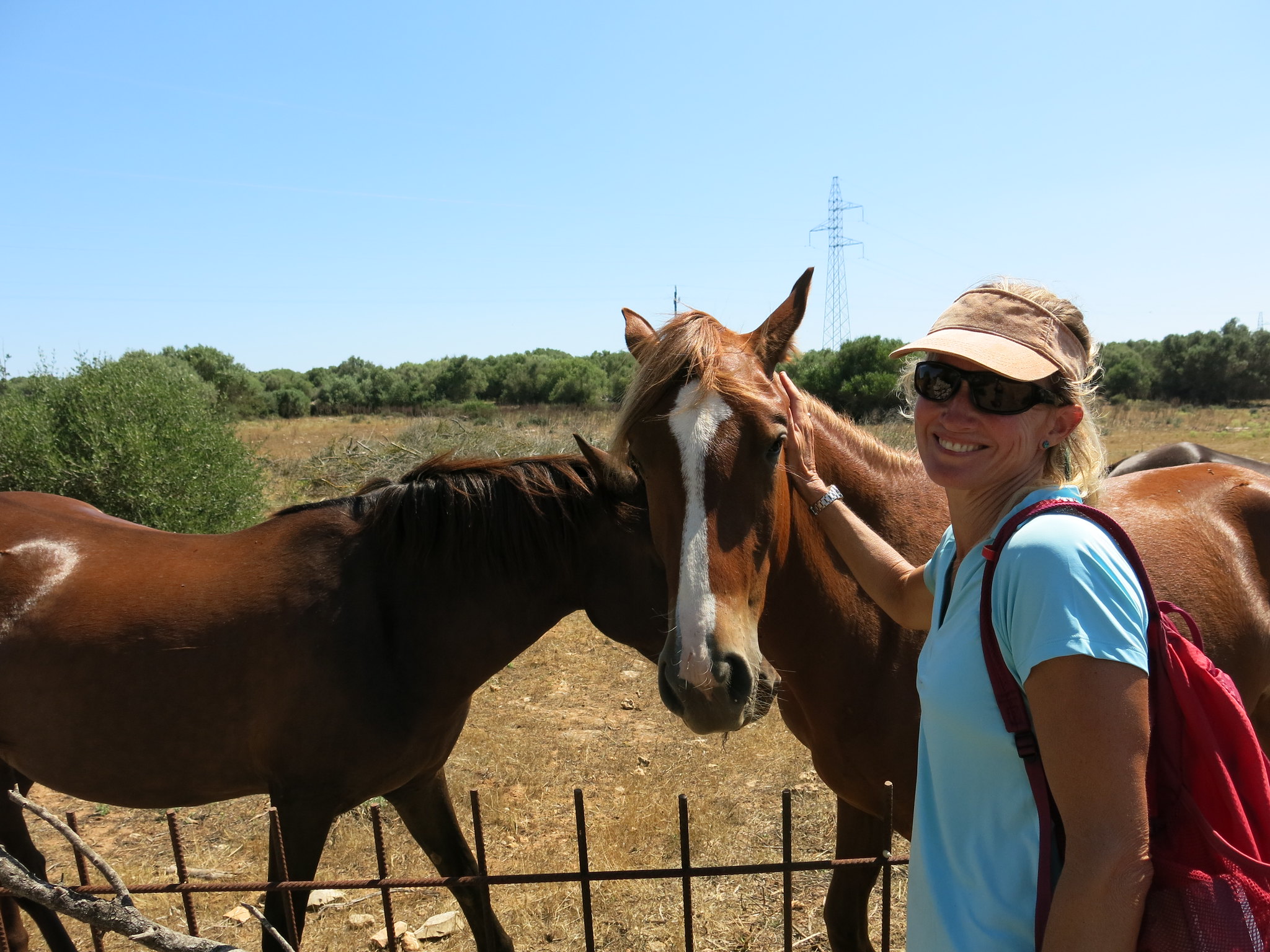 While in Menorca we've visited ancient ruins from as long ago as 2000BC, a literal village of tomb caves carved in the rocks from a similar time period, lighthouses, old churches & a few cute towns, stone wall terraces protecting olive groves, salt pans and a salt water lagoon that is seasonally filled with migrating birds. It has also been interesting to see the gulls complete their breeding cycle. It started when we first got to the Balearics with us seeing gulls sort of standing around looking for something, poking through rocks and sometimes picking up pretty good sized ones in their beaks. They were actually moving them around to reinforce the little areas on the ledges where they would nest. Then they stood around like sentinels when the eggs were incubating- don't know because we never saw any eggs but then we started seeing little gray puff balls wobbling around with the parents close by scolding us. And now, as we're snorkeling or passing by the rocks along shore, we see the juveniles sitting in the water or standing around looking confused, apparently still trying to figure things out. 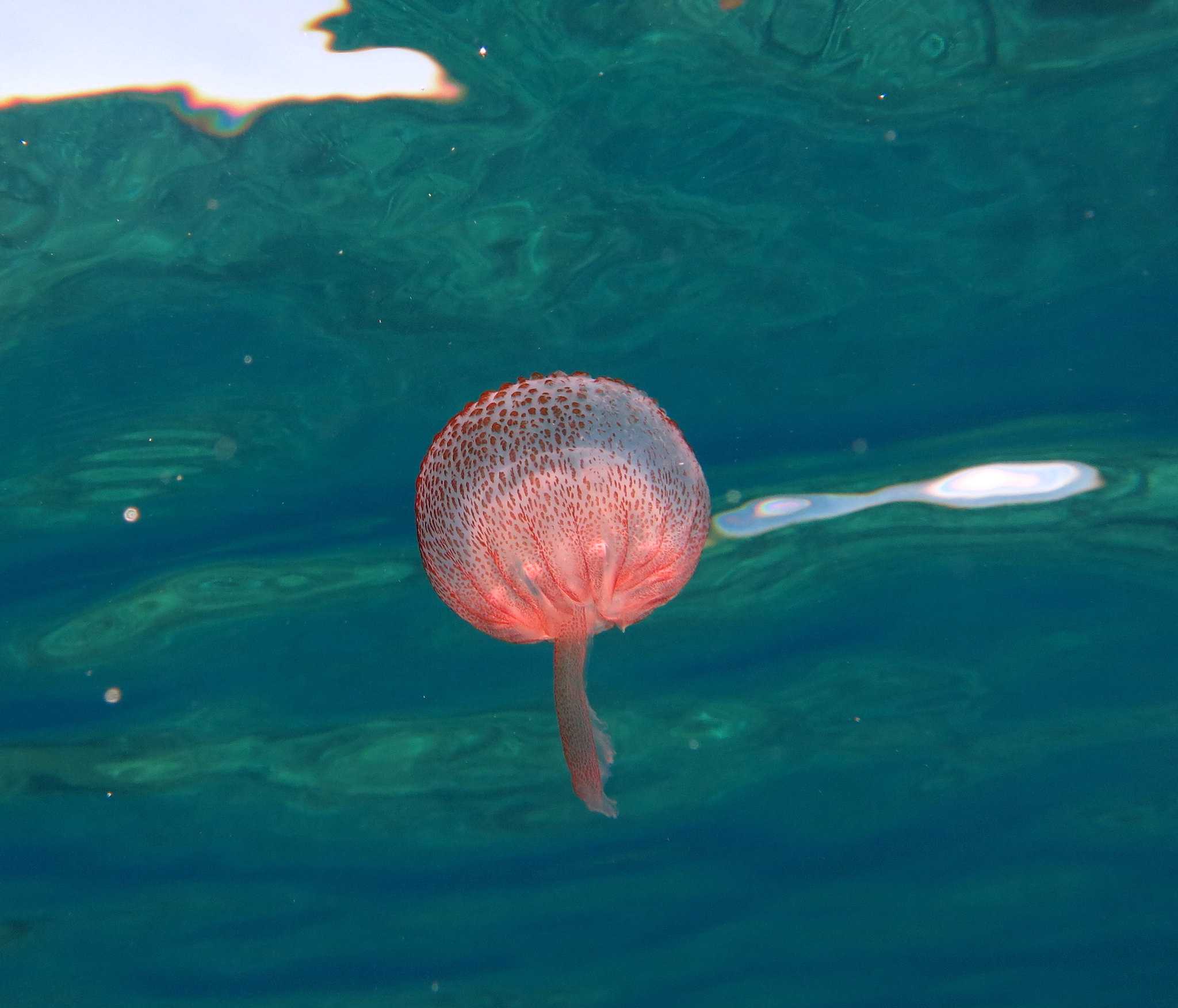 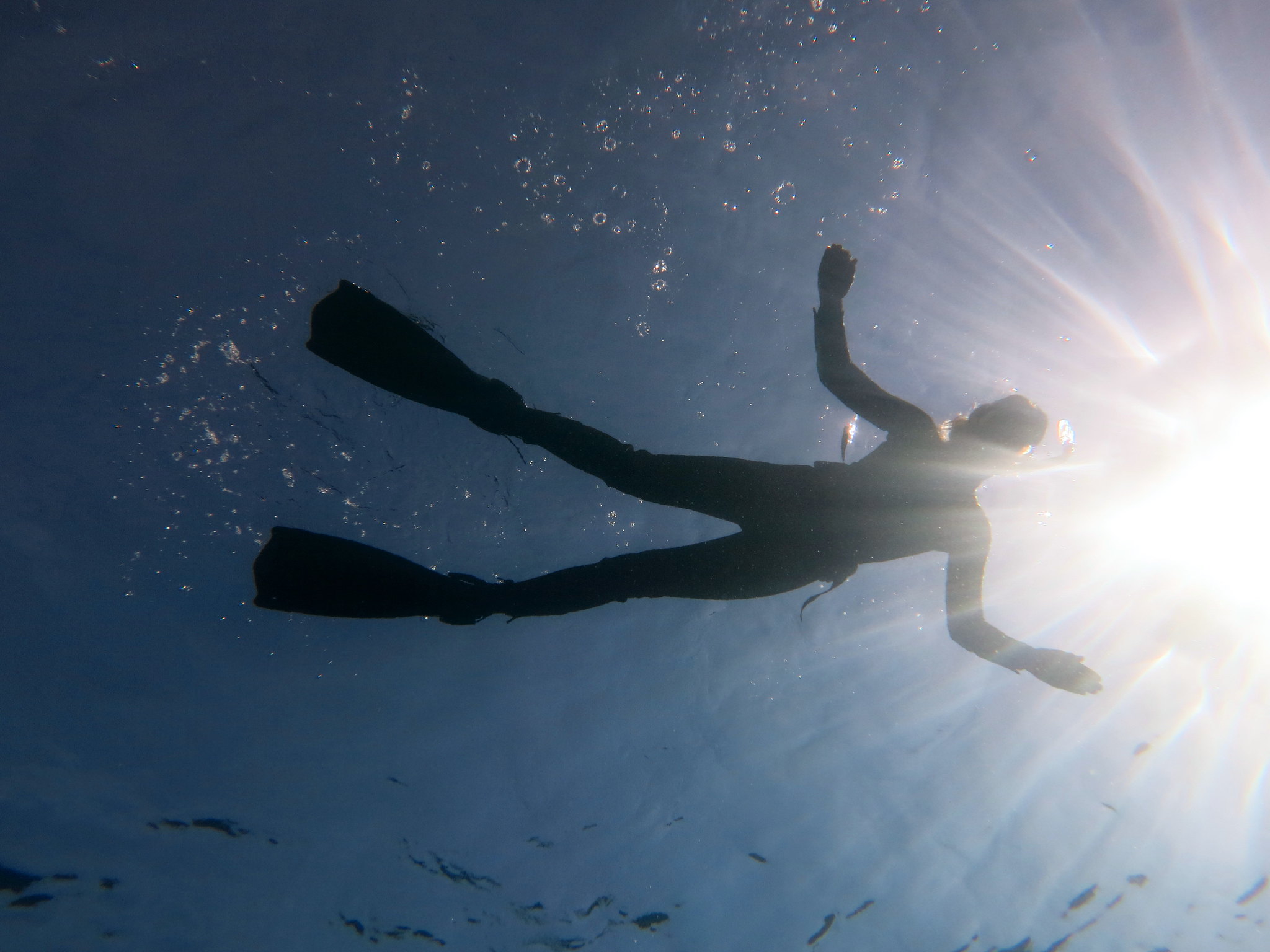 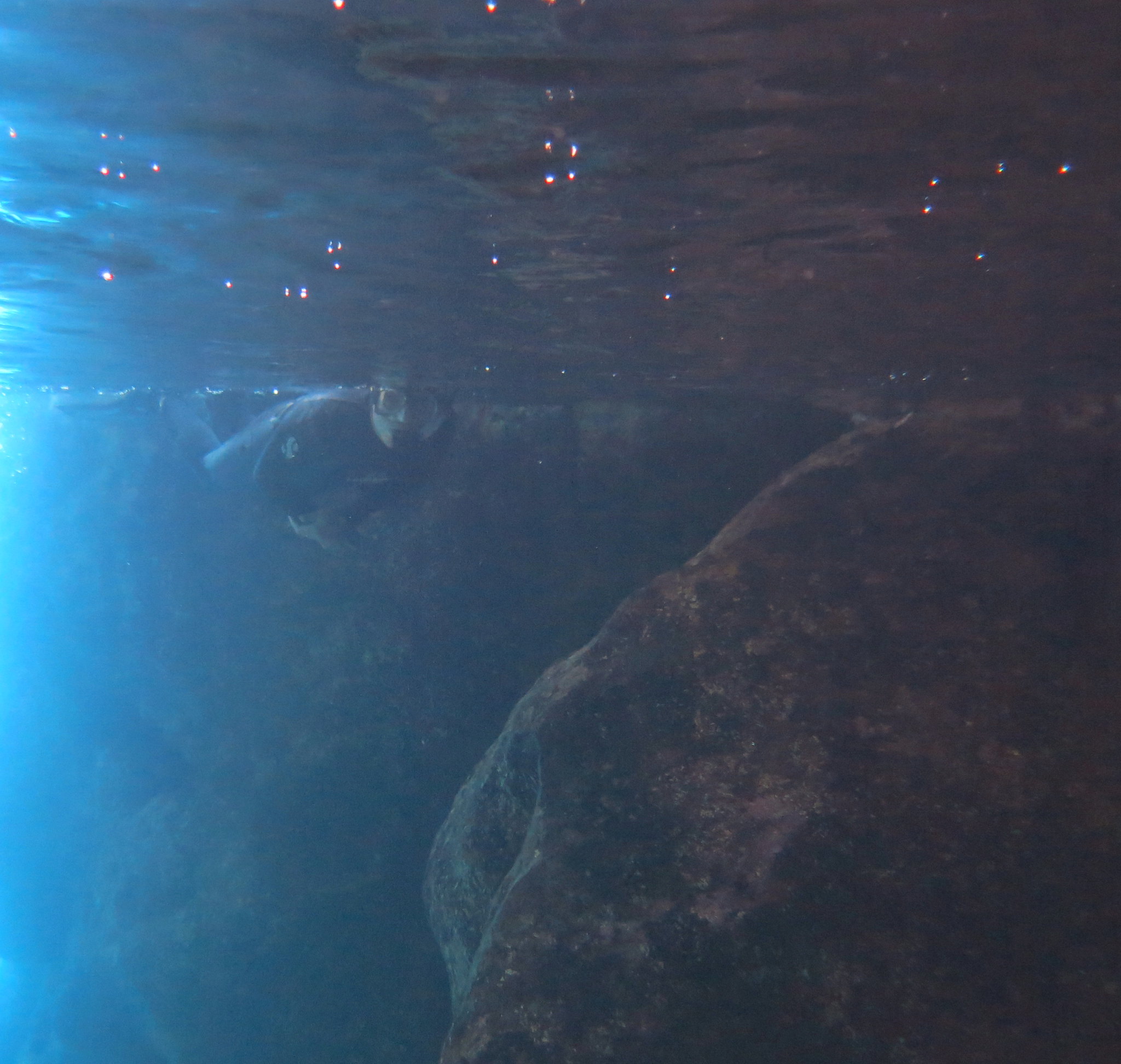 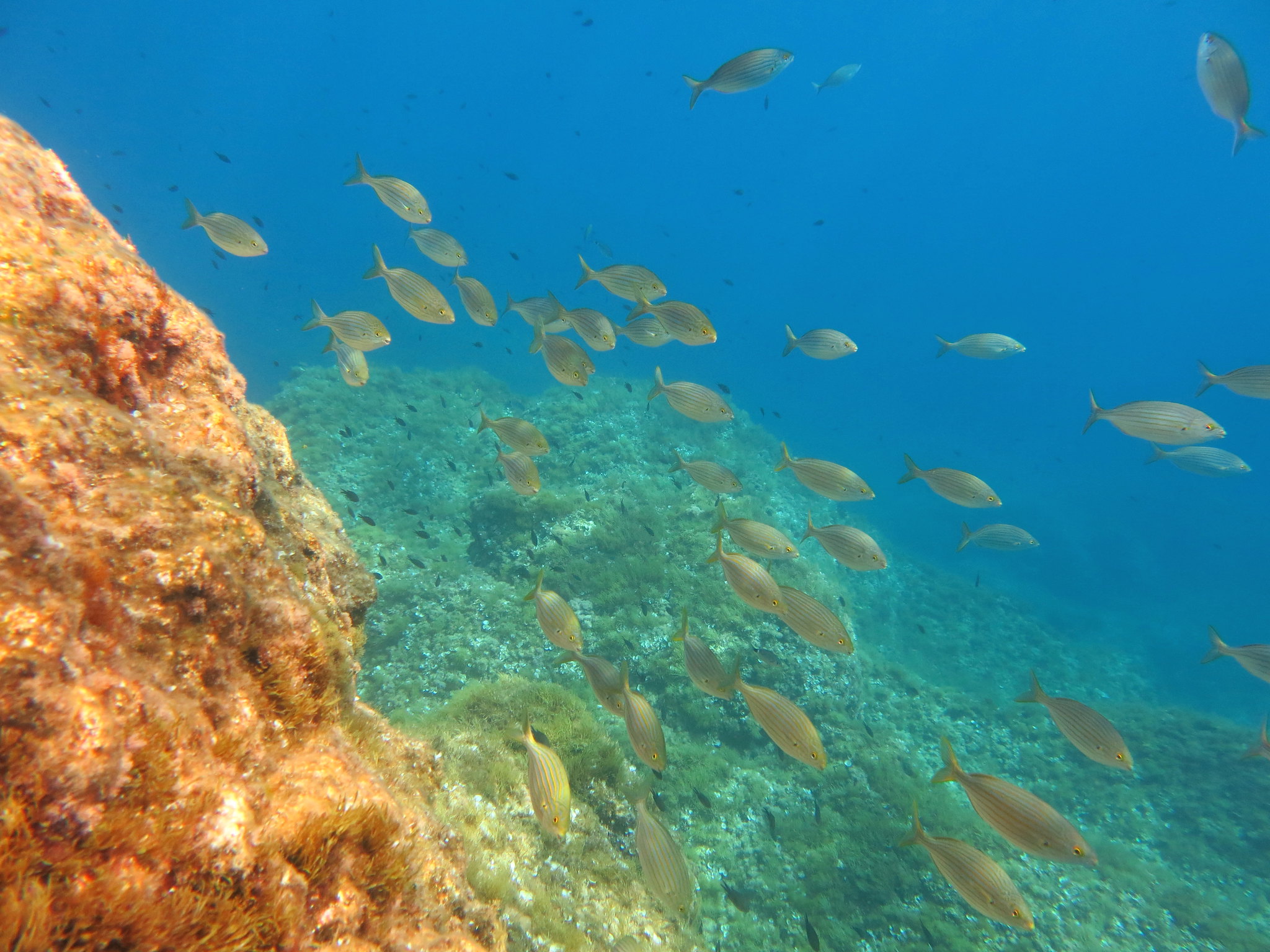 We've also spent some time in the water. We stumbled upon a really good cove one day where we saw an octopus, a great nudibranch, flatworm really nice anemones and some fish. That was a stellar day and we had such a nice time. I was really missing our long snorkeling forays and by the time we got out our hands were wrinkled like old times. 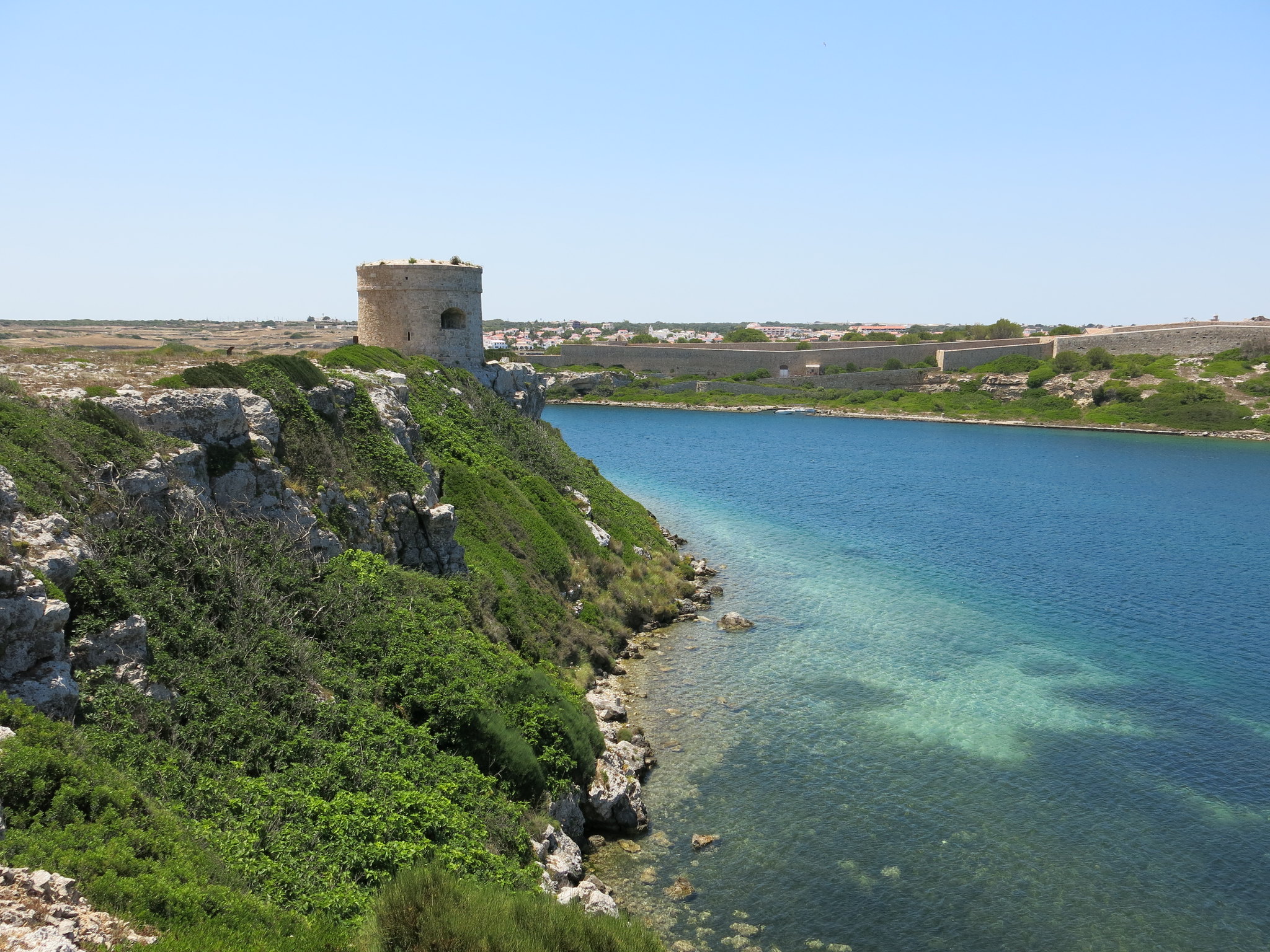 We sailed around to the SE side of Menorca today to visit Mahon, the largest city. The anchorage is very protected and surrounded by forts. We rowed over to the massive Fortaleza La Mola and spent the afternoon walking through it. It has the most underground tunnels we've ever seen and we've been in a lot of forts! In the 1930's during the Spanish Civil war, 2 huge 15 inch Vickers cannons were bought from Britain and placed on the point of La Mola, at the harbor entrance. And one of the things we love about Spain is you can really access this stuff to get a good look. So we were in the little "room" where they would load this thing up with 100lbs of charge and 2 or 3 guys would sit right next to and fire it off. They never had to fire it for real combat though, just practice. 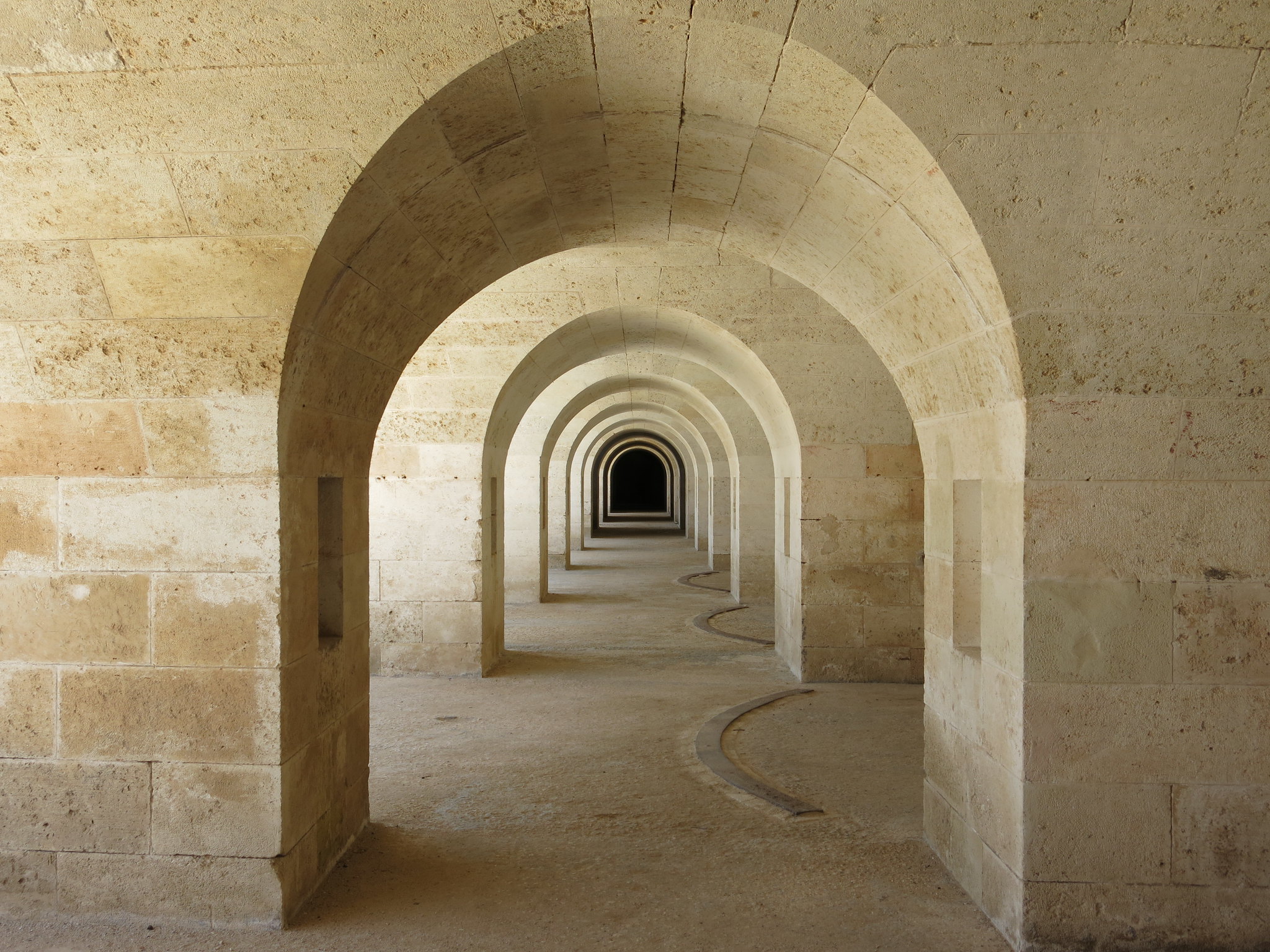 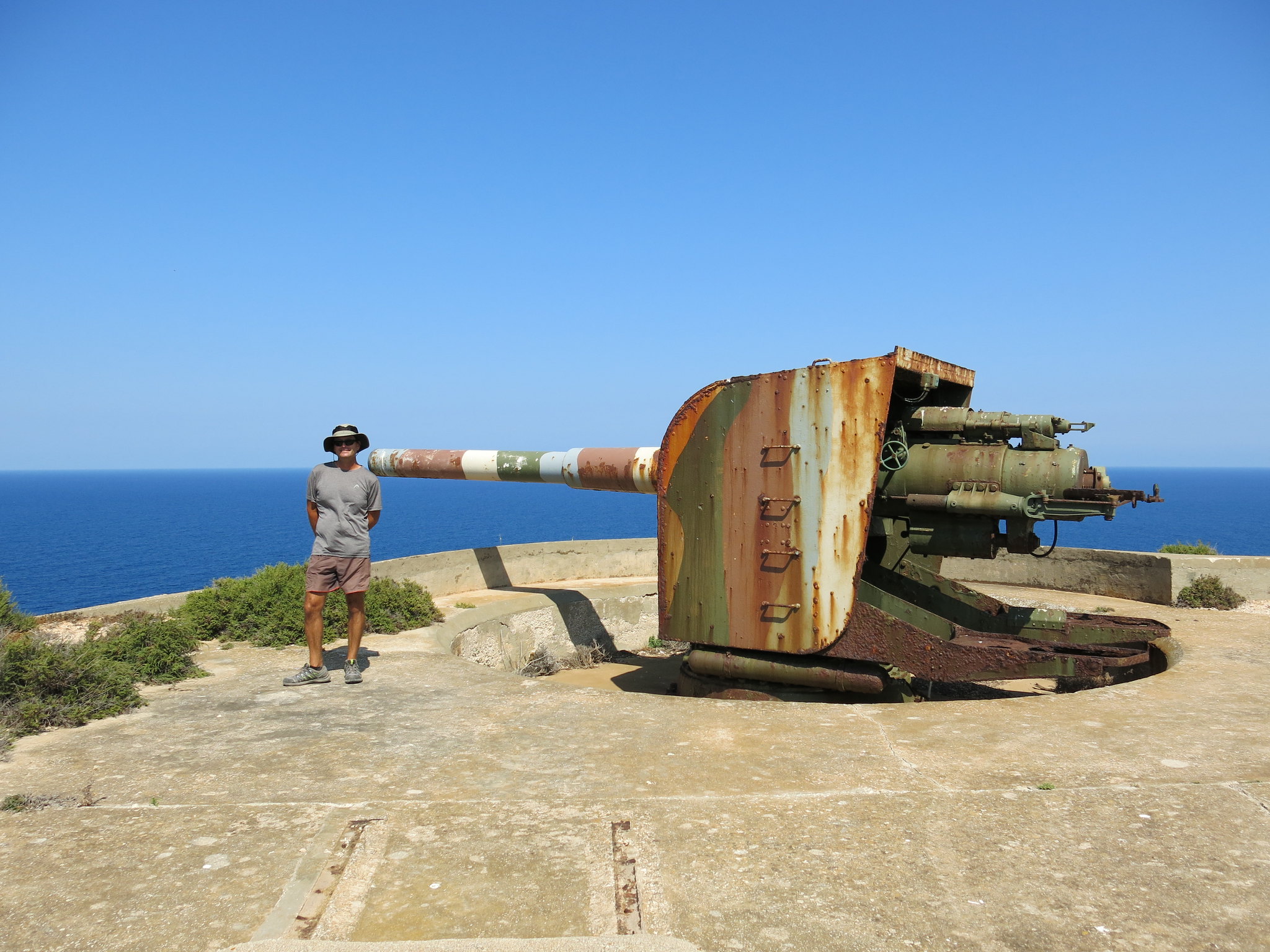 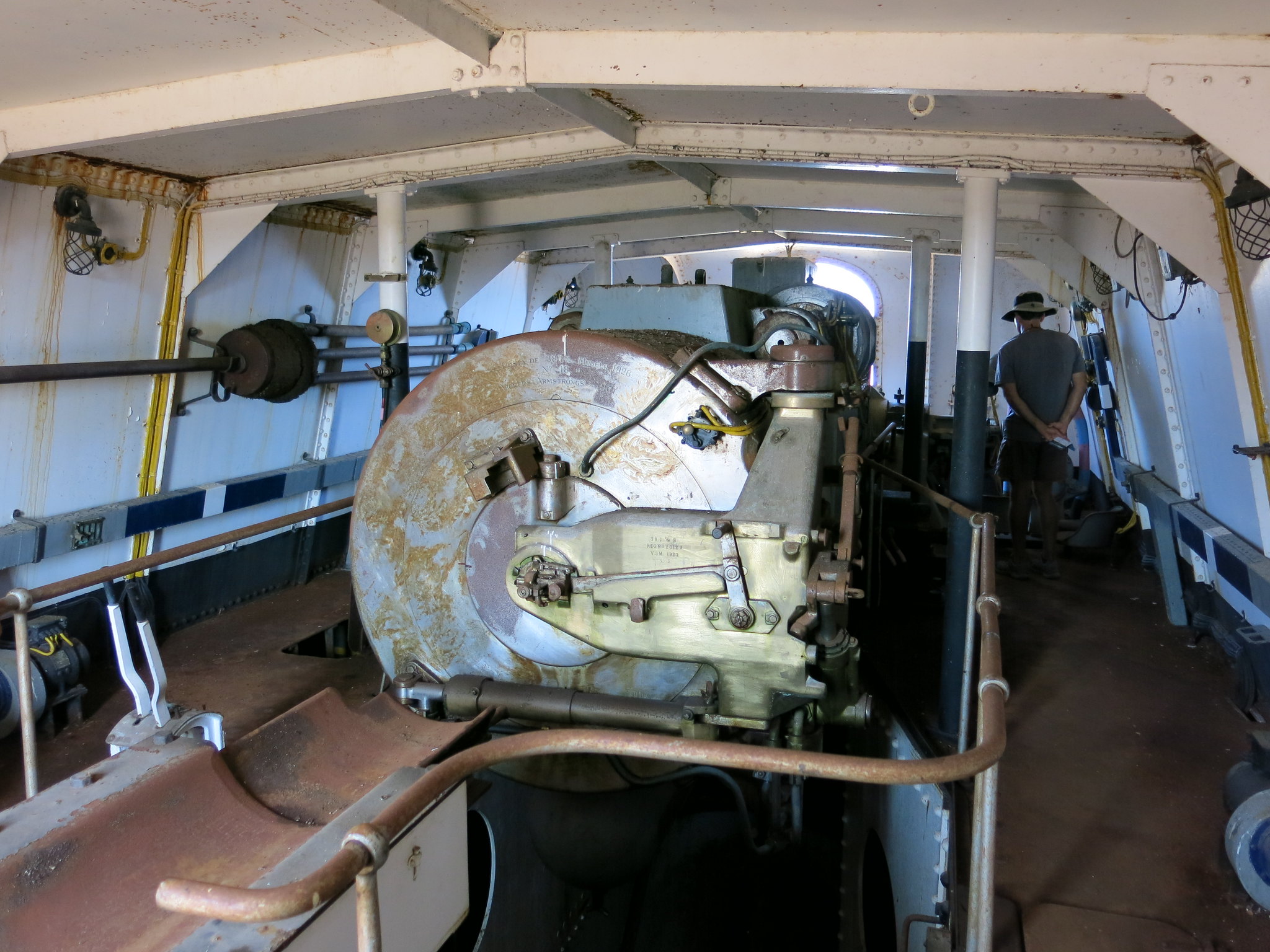 Anyway, we plan to explore the city for the next couple of days and try to be civilized, then do some re-provisioning, then continue on around the south of the island to visit a few more snorkeling spots before heading back to Mallorca. Like they say in Greece, it is important to get your number of "swims" up in case someone asks you how many you've had for the season! 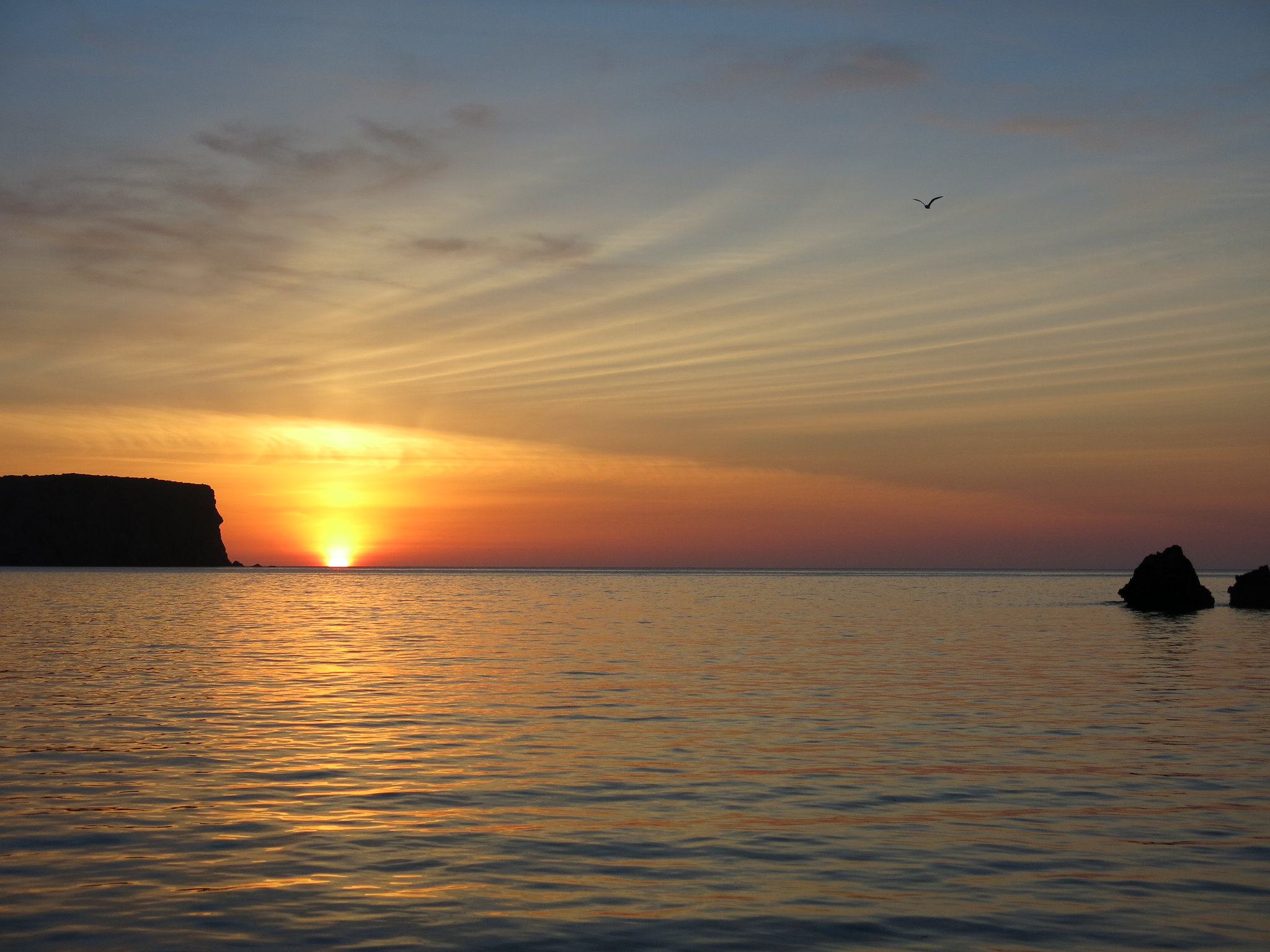