Hi! This is us on the summit of Mt Mulhacen in the Sierra Nevada's, mainland Spain's highest mountain- the overall highest being in the Canary Islands. We climbed it a couple days ago from one of the highest mountain villages in Spain- Trevelez, in a region called the Alpujarras. These whitewashed villages were settled by the Berbers in the 10th century. They have narrow streets and white walls all in an effort to keep cool. We couldn't believe how good we felt in the cooler mountain temps despite the still strong sun. There was even snow up there! Although my heart was pounding near the top as we are used to living at sea level! We are doing a roadtrip of southern Spain right now. We first visited the mountains to get a breather from the heat and then we went to Granada where we are now to see the Alhambra. We'll do Seville and Cordoba and then head back to the boat. 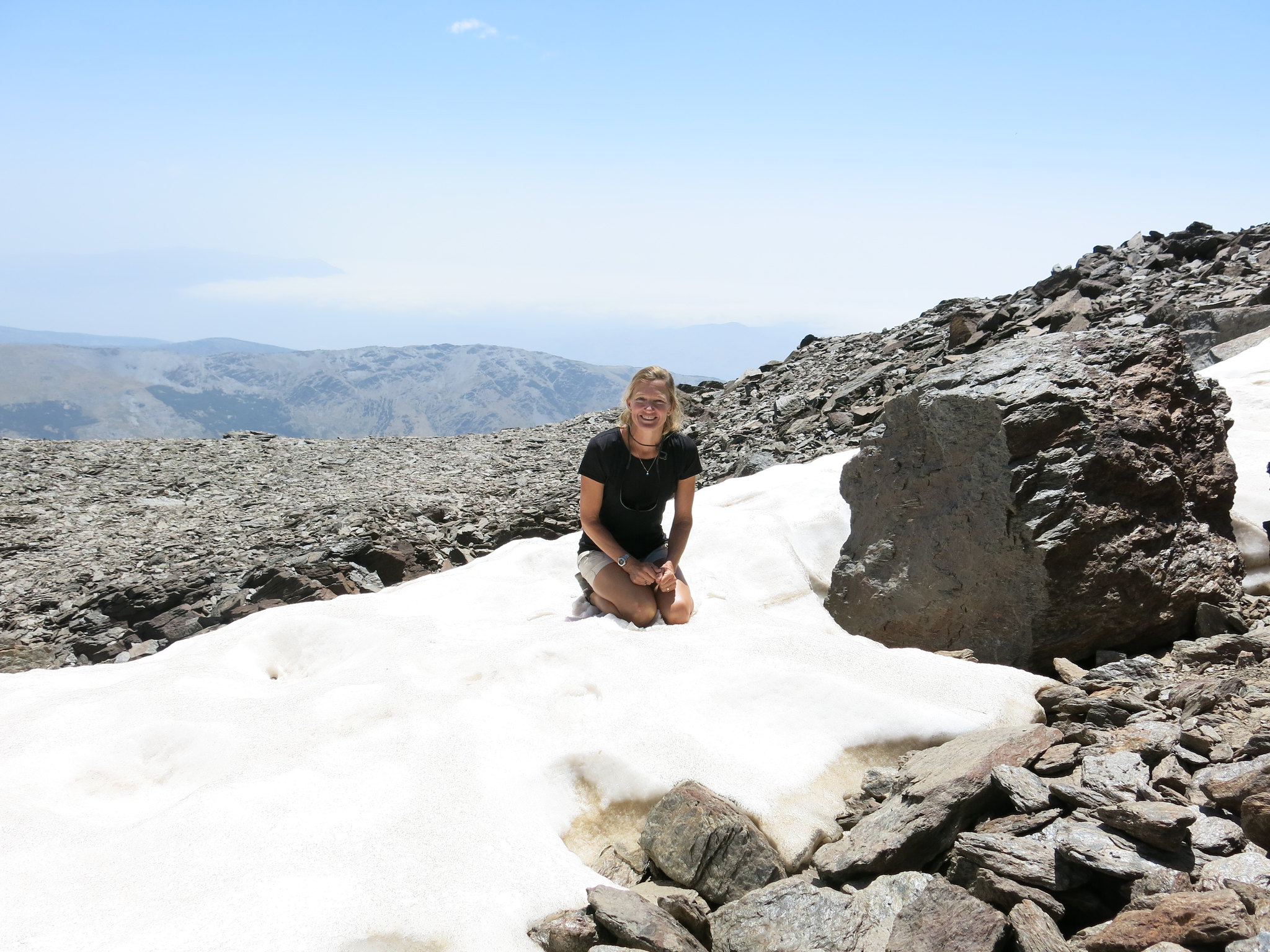 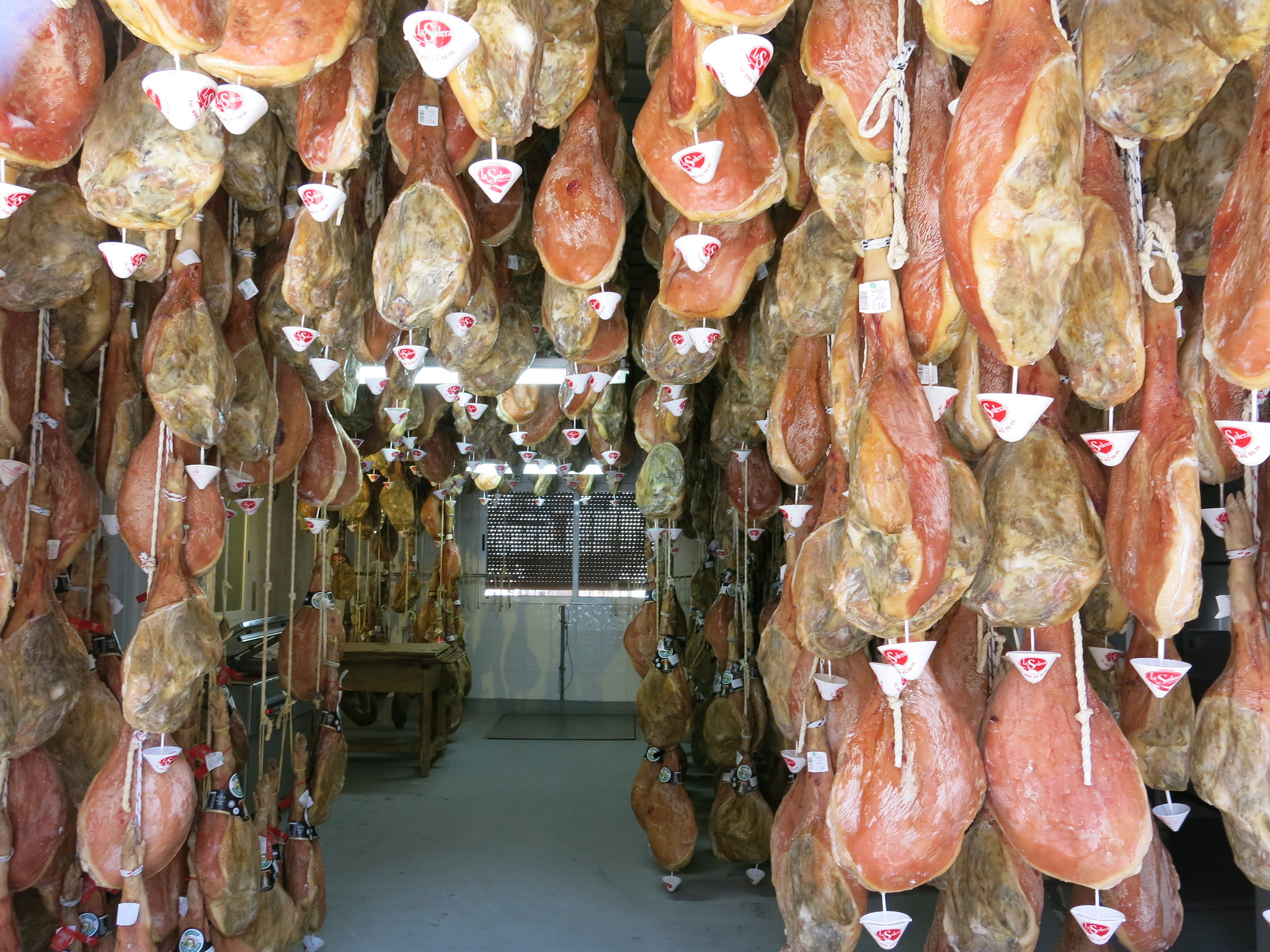 Trevelez is the place where the famous Serrano Jamon is made and the entire village smells like ham. In every window there are hams hanging and I think the locals live on ham too. When we went to dinner to get pizza, you could get anything on it as long as it was ham. We stayed in this cute little hiker's hostel right in the village among all the potted flower plants and curvy cemented streets. It seems like everything in Spain is made of cement. If you are a carpenter, you have a jackhammer for breaking up old cement and a mixer for the new stuff you're putting down. In the old construction though, which you can see in these villages, the roofs and ceilings were made with a layer of wood, followed by a layer of slate and then maybe cement on top of that. It is very interesting to walk the little streets and take in something so different to what we've seen. You can see the Moorish influence here. After a couple days in Trevelez, we moved to another white village named Capileira. It had a more touristy feel but we did another great hike into alpine scenery. We met a shepherd up there tending his flock of 400 sheep who said in Spanish that if the world shared one language we could all understand each other a lot better. It sure would be easier for us! 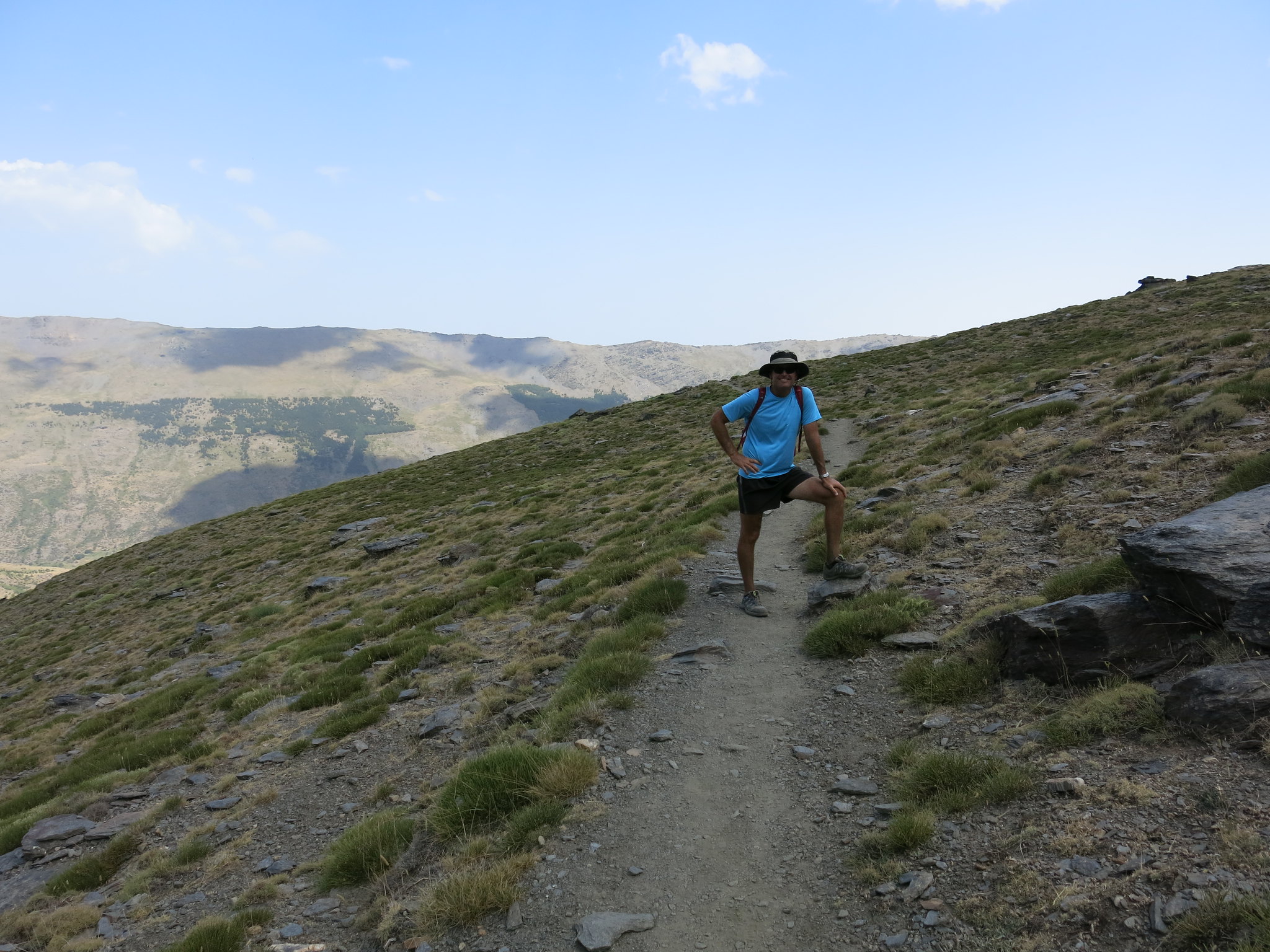 We've been having a really hard time getting any sleep on this trip because essentially, the Spaniards stay under cover by day and then are out all night whooping it up when the temps are cooler. Our rooms have been front & center in the old towns and thus, full of activity all night long. Last night we got desperate and Jon installed a white noise app on our phone so we listened to a rainstorm all night long and actually got some rest. What a great idea! Tonight we might run the simulated fan!

I feel like I have gotten really behind on this blog. I think I left off when we were still in Mallorca. We had a couple of nice sails getting back to the mainland but overall, the Med in the summer is about light winds and if you wait for the perfect wind you will be waiting your life away. We pulled in to a pretty harbor called Porto Colom for one of the last nights on Mallorca and took a walk ashore. They were having a little fair where we saw this home made merry-go-round. What an entrepreneur this guy was! He would load the kids onto the "creatures" and then peddle to make the thing turn. I like the idea of getting exercise while you are making money. We decided it wasn't quite a million dollar idea but it is an interesting way to make a buck. We have been perusing the marine stores looking for replacement cockpit chairs since one of ours had rusted out and broken. We felt really lucky to find one even though it seemed a little small and we snatched it up. These things are not cheap! Then when we got it back to the boat and Jon sat on it, it basically disappeared under him. Is this some kind of kiddie chair?! Well, we always say beggars can't be choosers so now we have a mama bear chair and a papa bear chair. But we also say that if mama ain't happy, ain't nobody happy so I guess I get the big chair! We'll see how well we do on the upcoming passages we have to make. 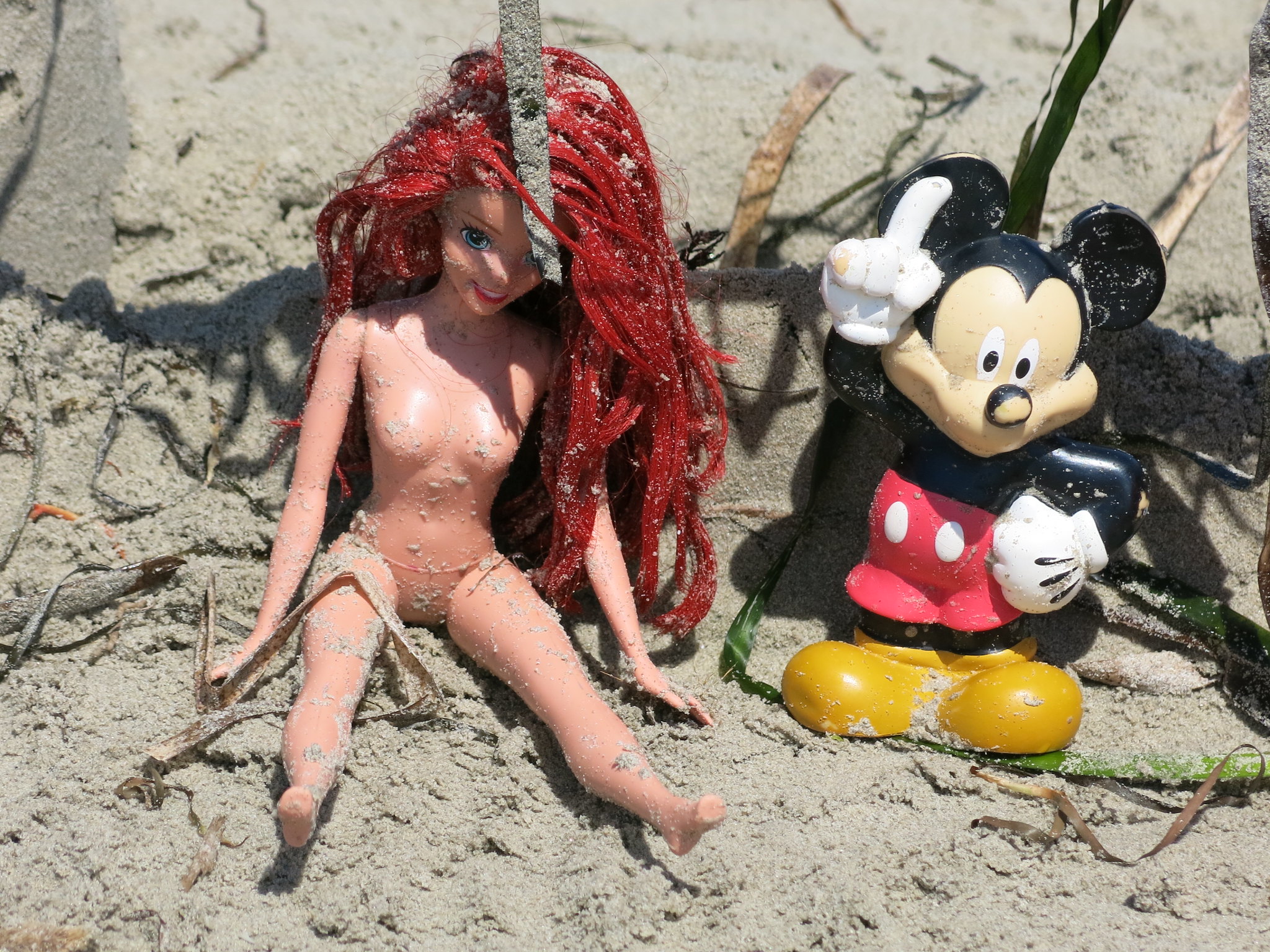 Arriving on the mainland was a little hard because we had to say goodbye to the crystal clear water of the Baleares. A lot of that lovely produce that we enjoy is grown in this sunny, southern part of Spain in greenhouses that mar the countryside and send silt into the sea when it rains clouding the water. We made our way to the Mar Menor which is a unique "inland sea" formed by a narrow strip of what once was sand encircling a large lagoon. It would have been a little like Cape Cod. Development went unchecked and it is now filled with a necklace of cement skyscrapers that are in various degrees of occupancy now since the economic downturn of 2010. But we appreciated a perfectly calm anchorage for a change in an area set aside for a marina that never opened. We didn't like the lack of beauty of it, but it became a great base for us to kill a few days while we were waiting for our slip reservation in Cartagena to begin and we found some nice spots. We biked two days in a row which always feels good since we can make our own breeze to stay cool, bike faster than our boat can sail, and we can cover a lot of ground. We also found a great park that ran through the salt pans with historic windmills, loads of flamingos and a marina complex on the end of it so we could take a rest halfway. The barrier island of the lagoon made a great, long, beach that was filled with kids building sand castles, using whatever props they had to make their creation come to life. This scene made us think of our own million dollar idea- Mediterranean Beach Barbie. She comes ready for the beach in her birthday suit! We think this could be life changing and will work out all the details for getting it to production on our next long, boring passage! 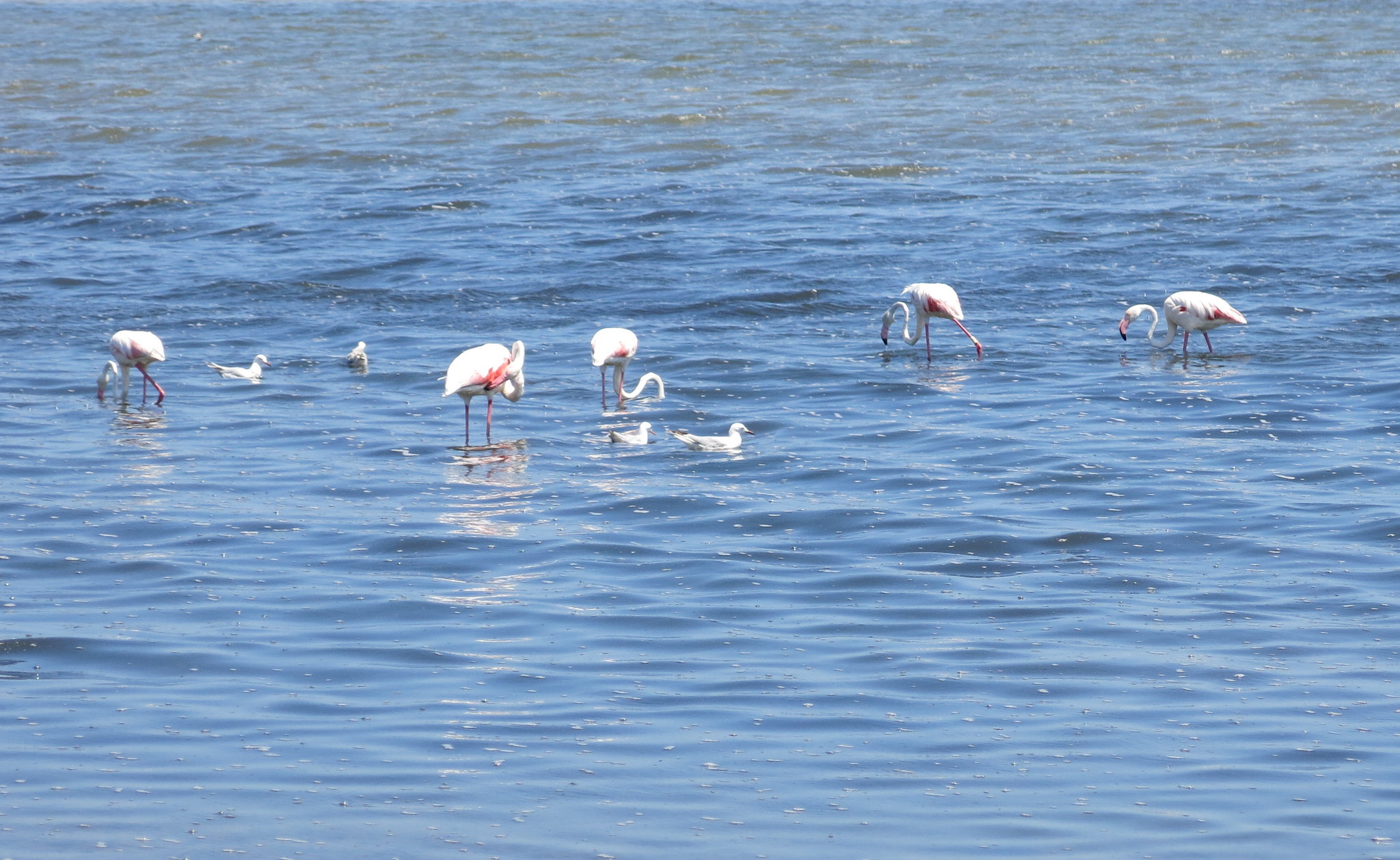 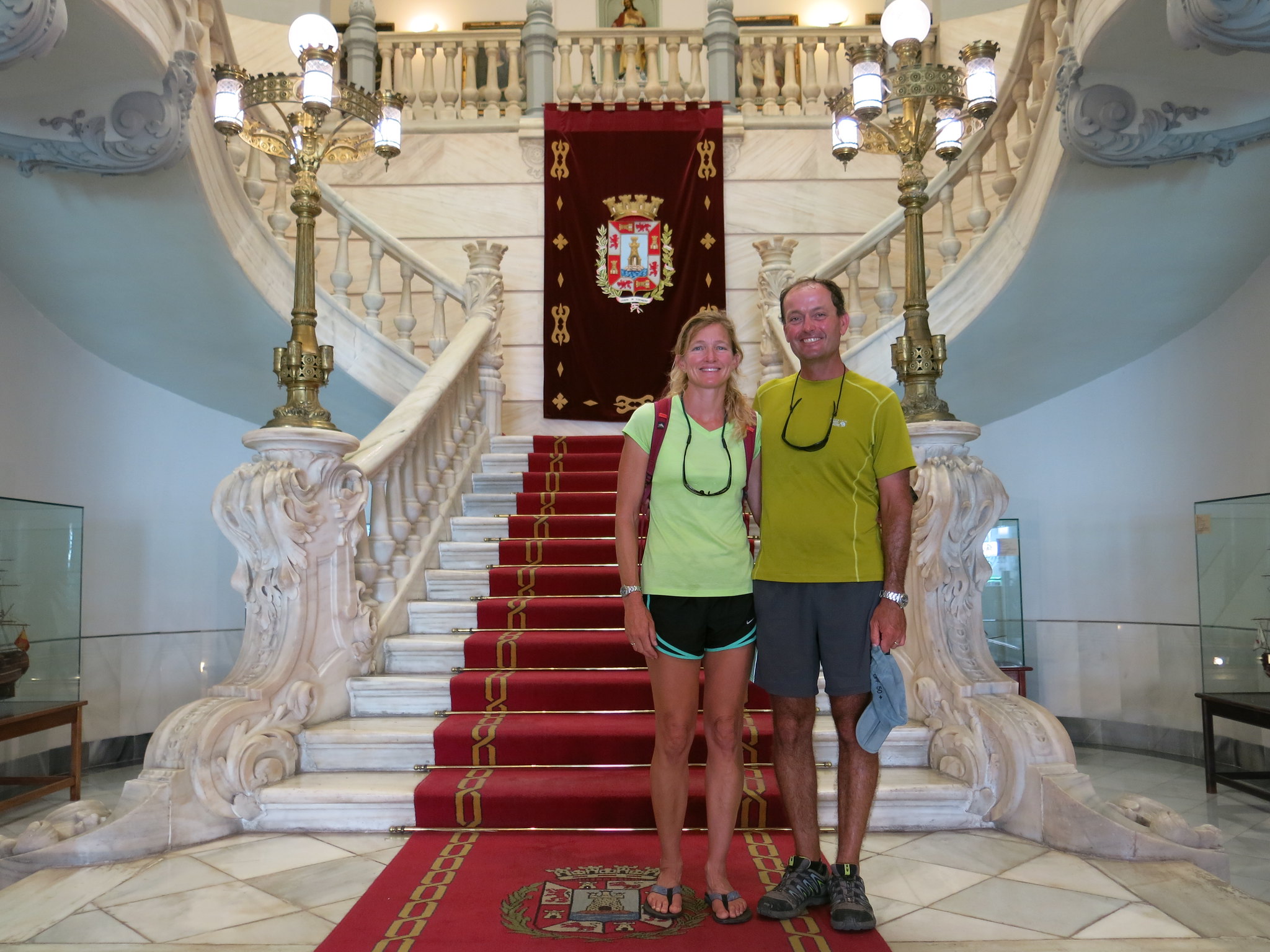 Pulling in to Cartagena was nice in that we knew we were going to tie up for some land travel and we'd been excited to see the city. The marina is nicely situated and only 5 minutes from the old town. The laundry is less than 1 minute from our berth which is nice too. We were given a great tour of the Town Hall, we climbed up to the fort and strolled the old streets. Cartagena is a popular wintering spot for sailors but we wouldn't trade Valencia for anything. Valencia is thriving and offers so much and Cartagena feels small and like it is struggling a little. None of the fountains were running in the city. 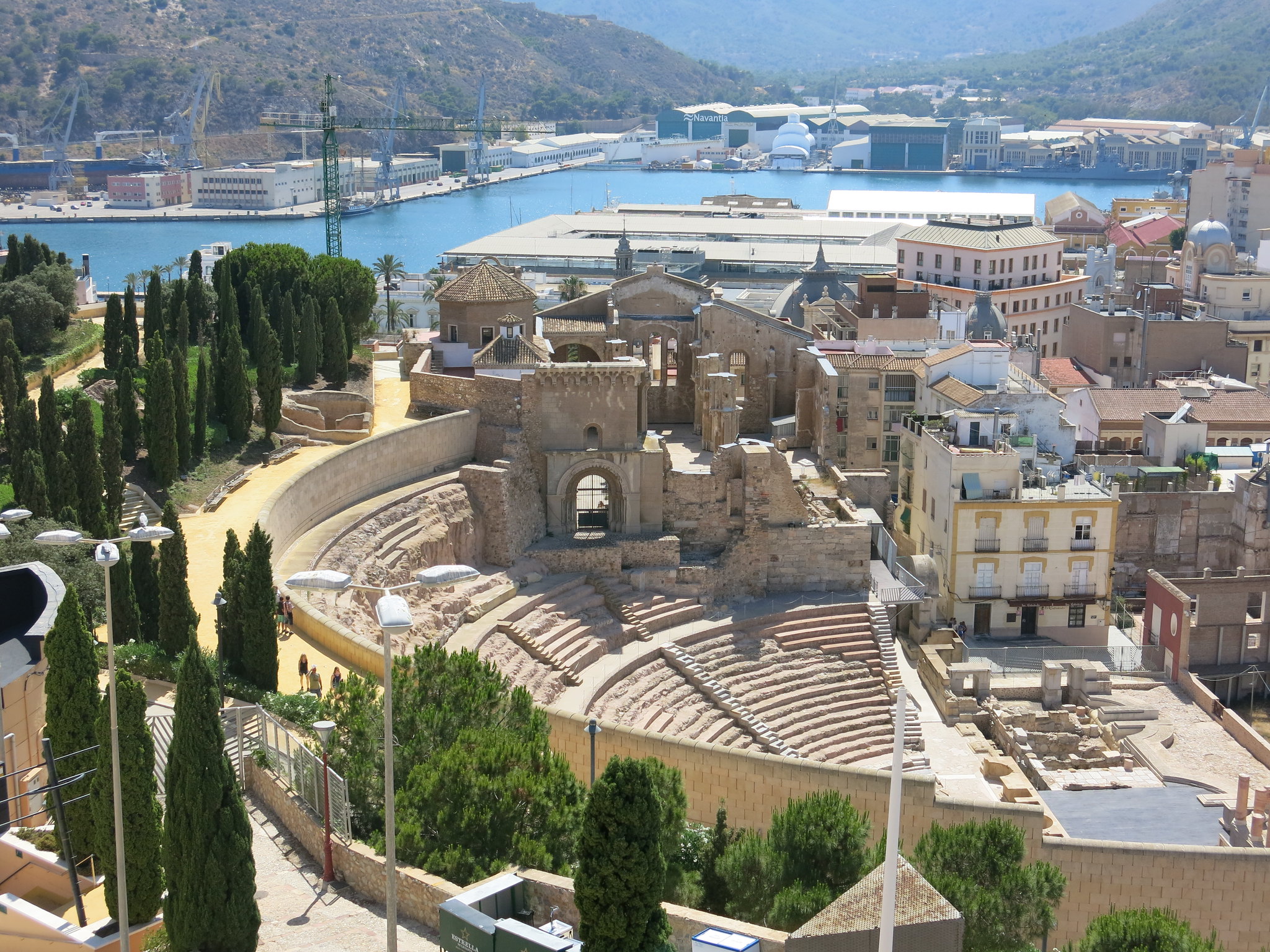 We got a new liferaft. Our old one was 15 years old and since it is a Winslow, there are hardly any places to service it. So we broke down and ordered up a Plastimo from France and it looks pretty good. Instead of 6 persons, it is for 4 so it is smaller and easier to move around. We took the old one off the boat and put it in the parking lot and pulled the string. The heavy valise that has lived with us on the boat for 15 years inflated in a few seconds to quite a little home and there weren't any signs of leaks or malfunction Well that did a number on me! We took out some of the supplies and cut out some of the webbing to use on other things and then pierced the tubes to put the rest in the dumpster. The marina said there was nothing else to do with it. The whole thing messed with my head all the rest of the day. I took a picture to show you how it looked but I don't have it with me. I couldn't get over how fast it inflated and how big it was. If you saw that as your boat was sinking if would be a good feeling I am sure! I hope to never see another one.

The next thing to take care of was the handheld watermaker that we carry in the ditch bag. We've kept it preserved but wanted to see if it actually made good water to use in the event we move into the liferaft. Well it didn't! It tasted like salt and plastic. Since the membrane is old, we figured we'd need to buy a new one but thought it was worth going through the steps to do the chemical clean that you can do with regular watermakers which is what we did. And it worked! So that is done and we know that we can pump to our heart's content in the raft to make water and we'll keep up with our exercise because it isn't that easy to do.

The last thing is replacing our mainsail and we finally gave up on the loft in Denmark because they couldn't be bothered and now we have one on order from Far East sails. It will be the first tri-radial sail we've owned (because we got a good price) and we hope it turns out, that we receive it and that it helps our upwind performance. All to be determined. We plan to cross the Atlantic this winter and all of this prep is to be ready to leave the Med for the Canaries in late Sept/Oct. 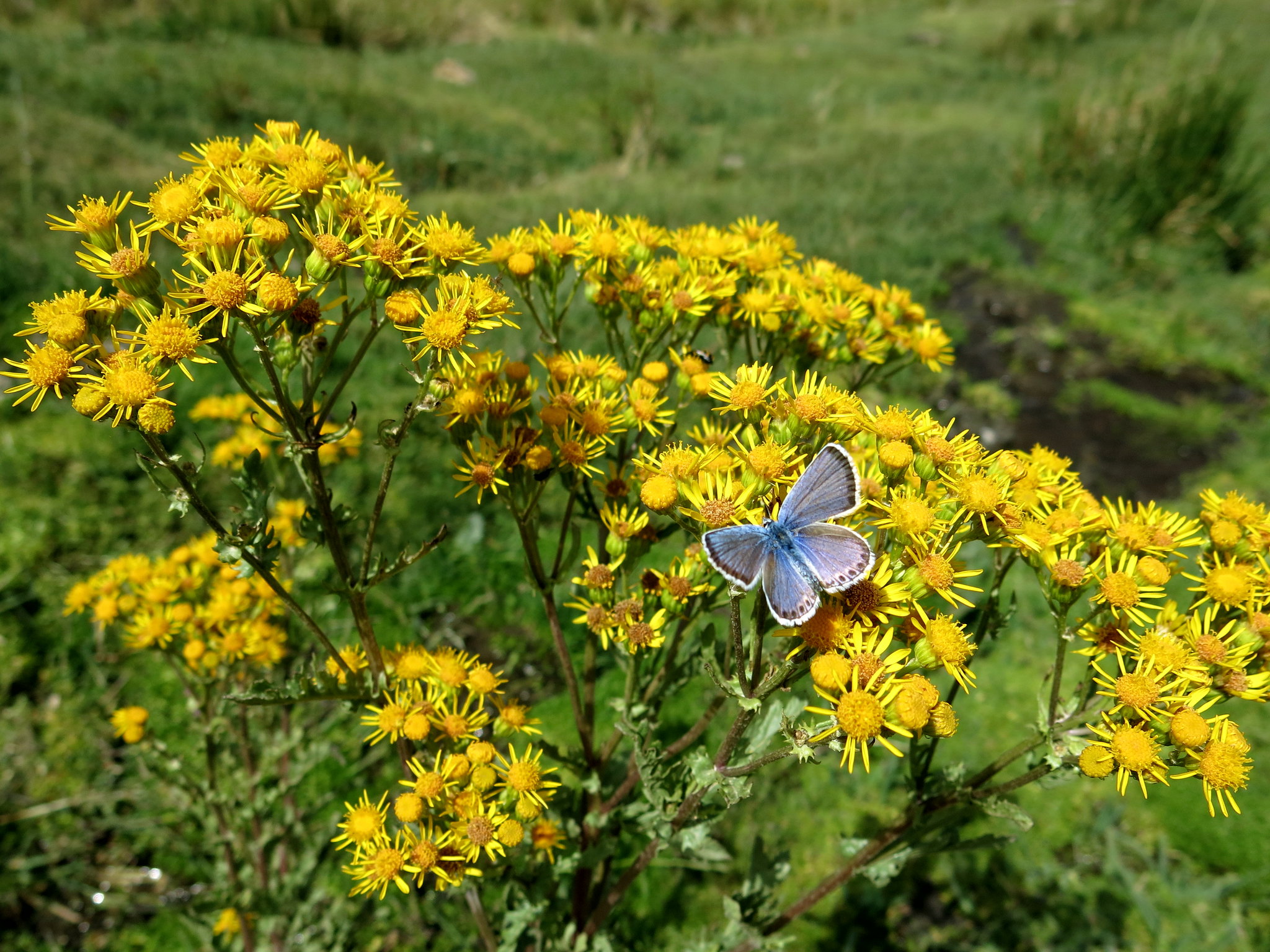 Well that is about it. We really enjoyed seeing the Alhambra palace today and I would write about it but my eyeballs are dried up from the dry breeze here and we are exhausted. Heading to Seville tomorrow. 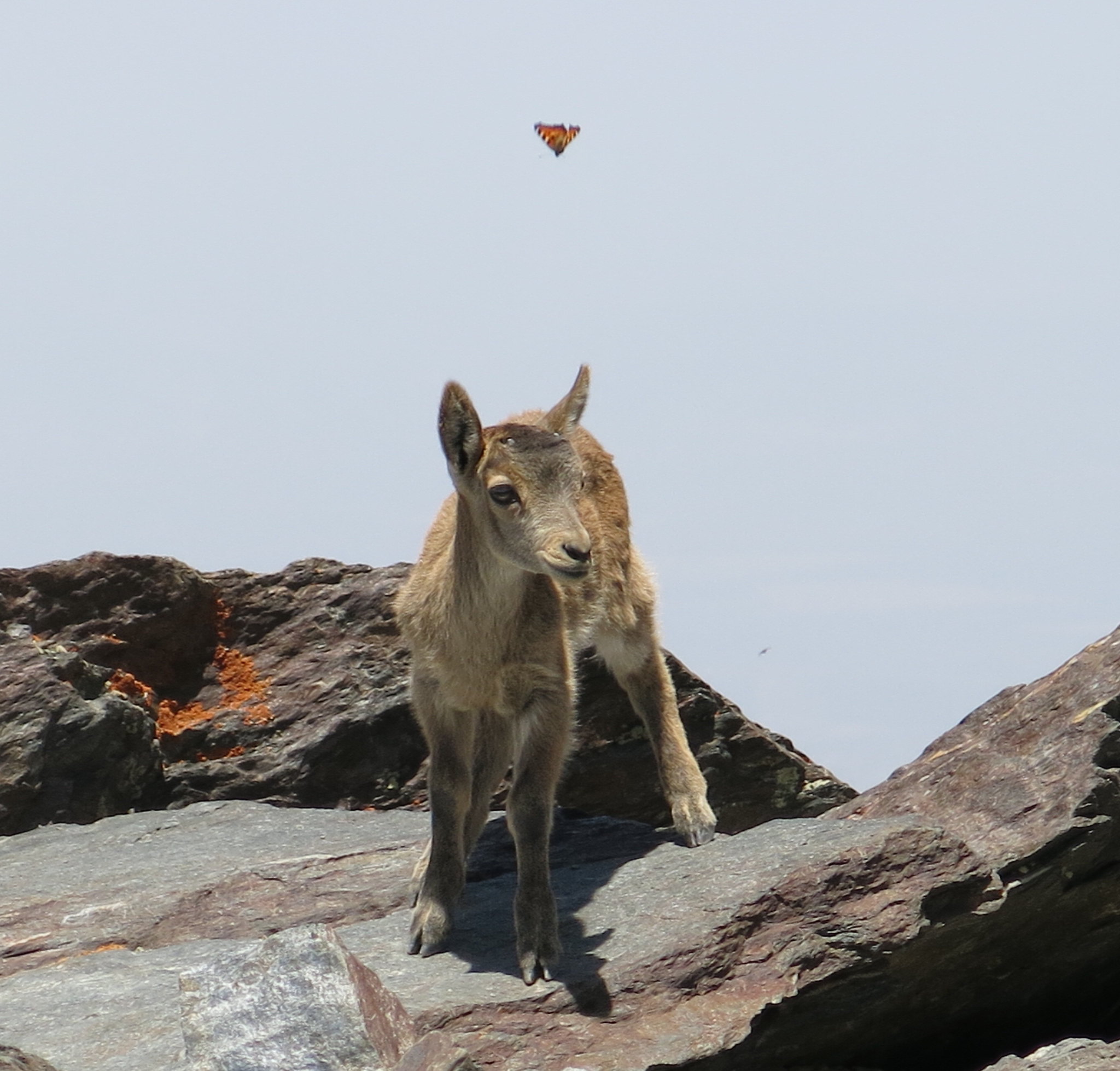