It looks like we are setting off on our Atlantic crossing on Saturday with a possible stop in the Cape Verde Islands. We had planned to head over to El Hierro, the last Canary Island but it has been really unsettled in the weather department with lots of wind. Big swells arriving in the next few days and another weather system coming make us think we should get while the getting is semi good. Friends we met on the Central America cruise years ago- Tempest, had a blog and the saying on it was "Sailing around the world so you don't have to". It's funny how over the years we have come to understand what they meant. That when faced with a big passage where you know the motion is not going to stop until you get where you're going and you will have to deal with whatever is handed to you makes you a little nervous and surely adds to your gray hairs- or at least it does to us! It is much more comfortable to read about it. But we're ready and we've enjoyed all the places that our boat has carried us to between passages. 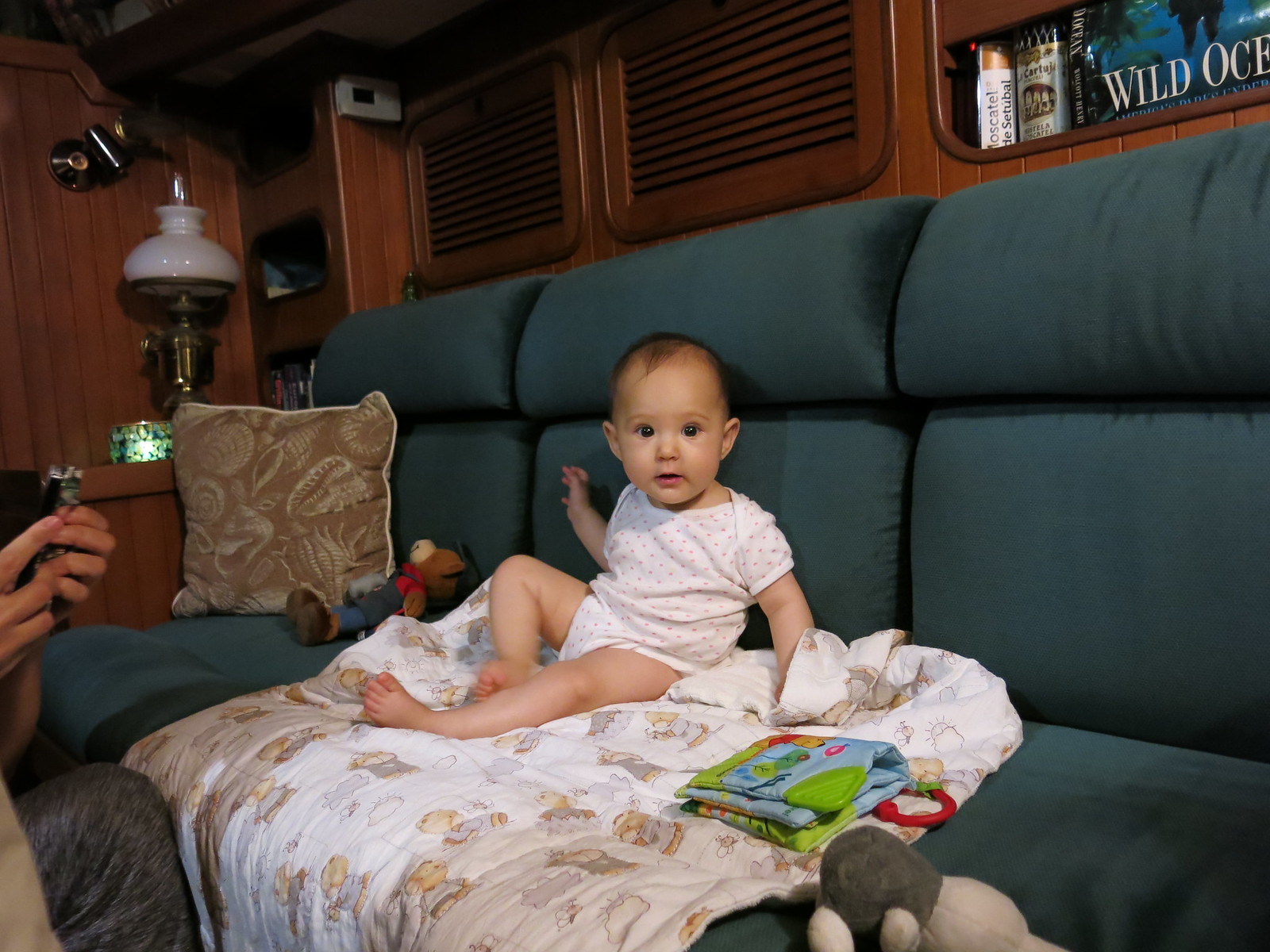 Our stop to Tenerife again was brief but nice. We met up with friends Joanna & Yves again at Garachico Marina and they gave us a ride into Santa Cruz to get our mail (thanks mom!) and then we had a joint Mexican dinner on our boat that night. Yves made awesome margaritas and chicken enchiladas and we always enjoy their daughter Adaleida. Although it does seem unusual having a baby onboard! We hope to meet up again. 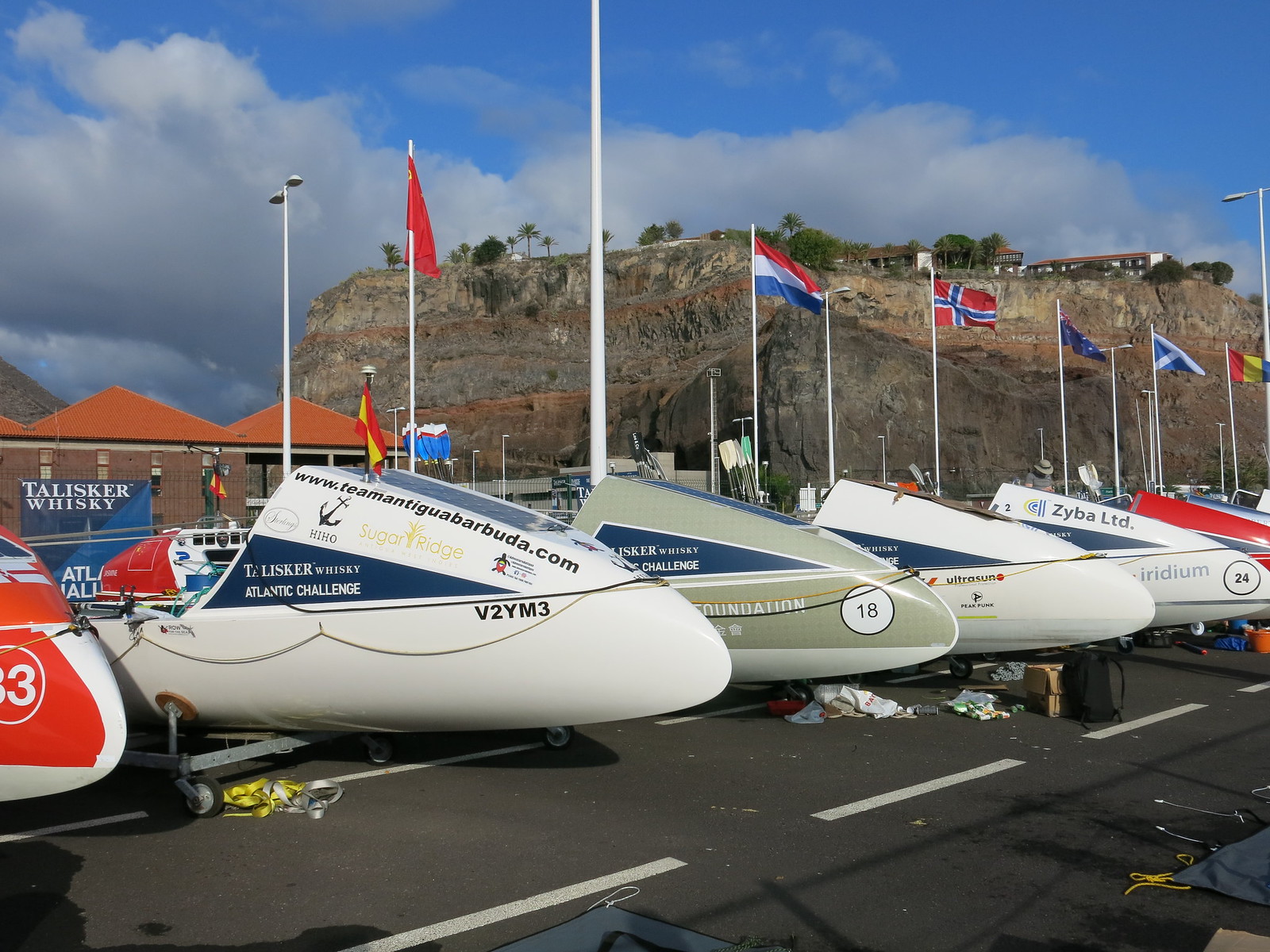 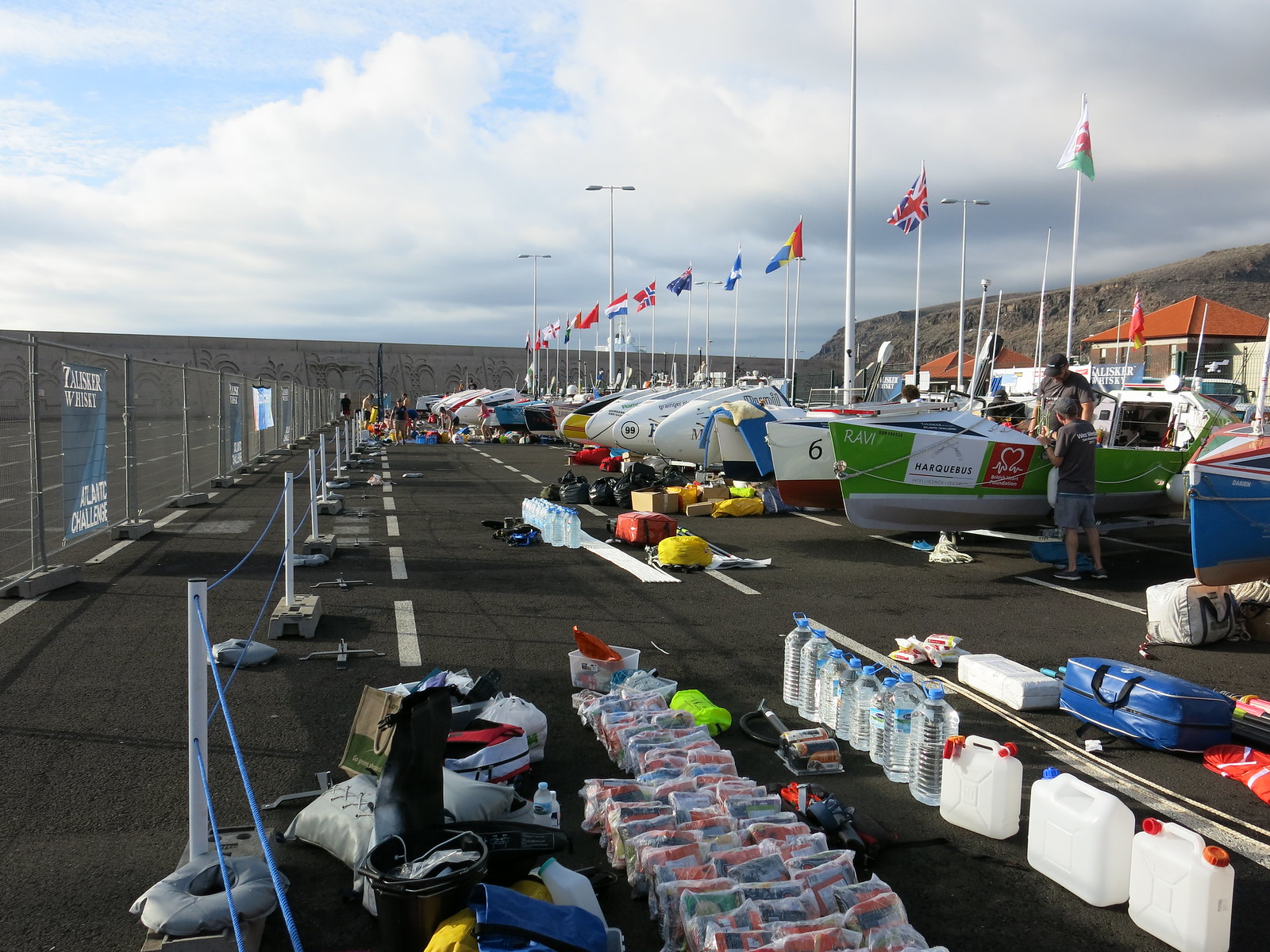 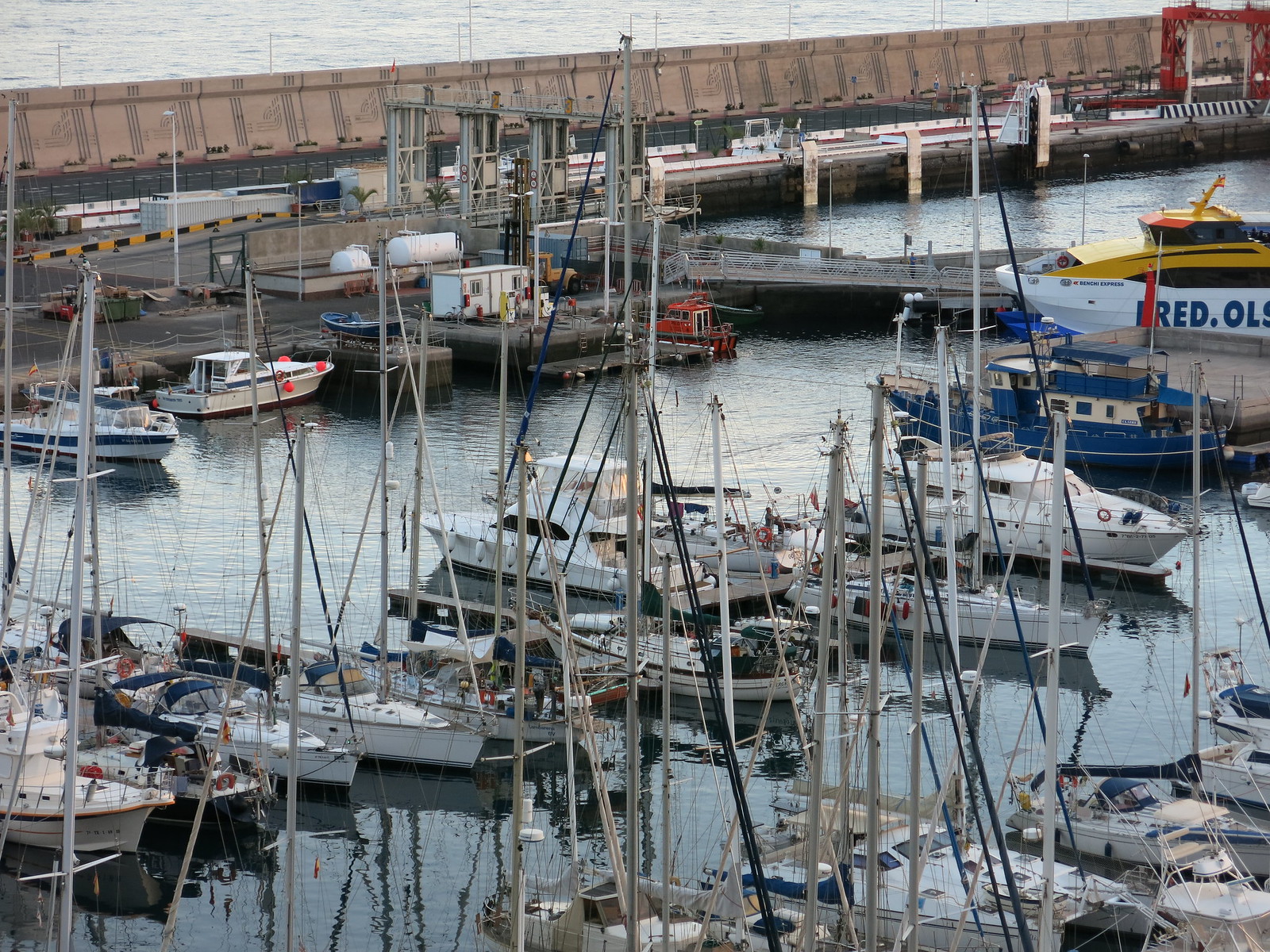 We arrived to La Gomera and pulled into the marina. While fueling up we saw banners with Altantic Challenge on them and wondered what they were. On a stroll through town that evening I noticed a pigeon way up in a palm tree with its leg caught somehow on a frond. We had no way of getting it down. It spent the night up there, hanging upside down by his foot. The next morning we asked the marina for an extension ladder and they said the only one was over at the Atlantic Challenge area because they were setting up. What is this thing?! The friendly work men let us borrow their ladder and we got the bird down which felt good. He seemed OK and could fly fine. On bringing the ladder back (we looked like crazy people carrying this thing down the street) we learned that the Atlantic Challenge is an unassisted rowing race across the Atlantic that starts here and ends in Antigua! Takes some people months! It is very interesting looking at all the boats and meeting some of the rowers. The only wholly American team is Oliver, from New Jersey, doing it single handed. There's another 4 person team with 2 Americans and 2 British guys. So, while we are dreading aspects of our passage and how we will be blobbing out for 3 weeks, we can think about those tough souls who are setting out to row across, eating freeze dried food and using a bucket for their business, much of it in survival mode. It is ALL RELATIVE now isn't it? 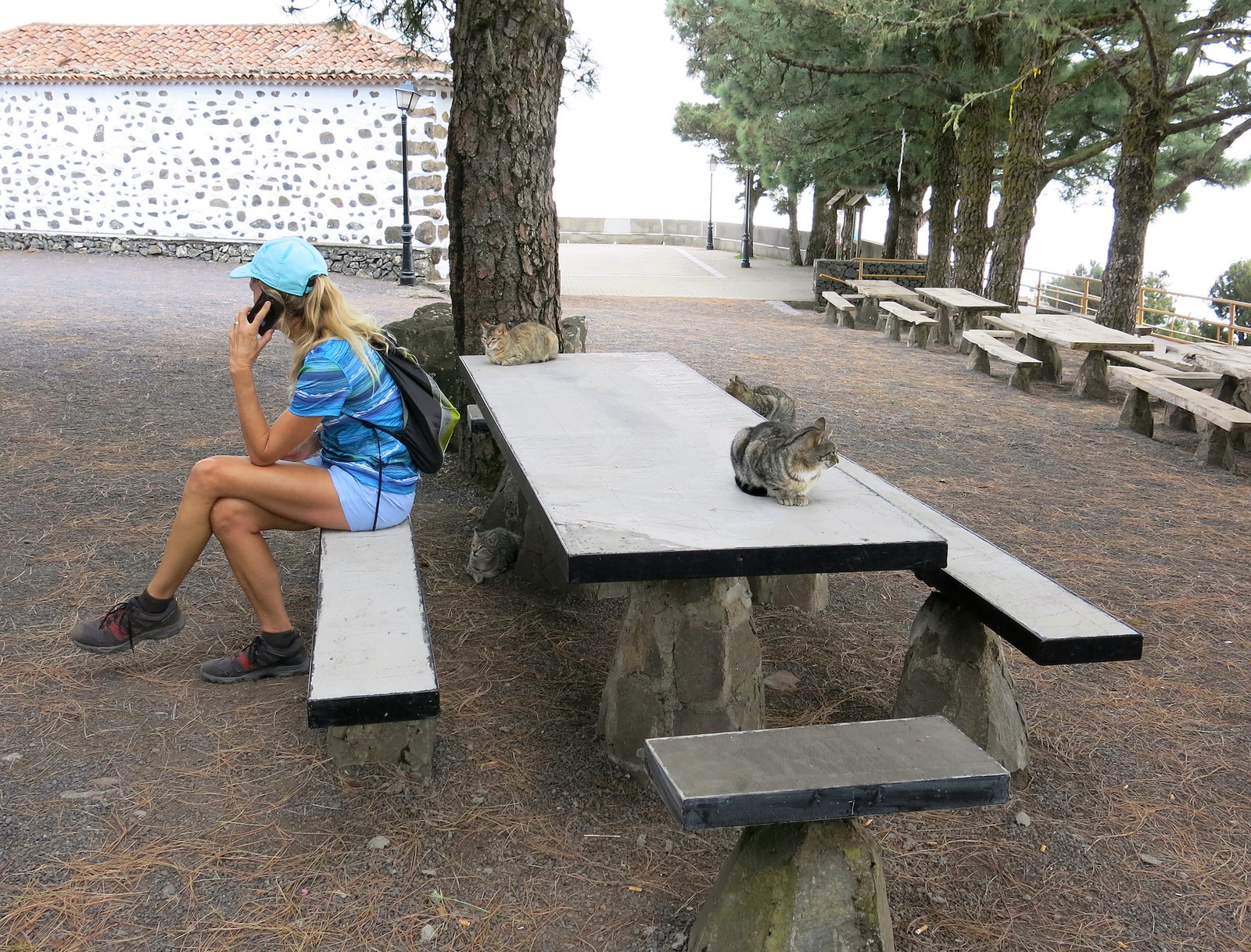 We rented a car, got to the different corners of the island and did some great hikes. We've seen a lot of lovely birds here. And the Canaries sing their little hearts out. I can't get enough of them. This island is filled with cats too. If they are fixed, their eartip is cut. Many were really tame and friendly. They would quickly come over to say hi and surround you.
We found the scenery to be really dramatic and hiking in and out of gorges, having picnics on mountaintops was great. We covered a lot of miles here. 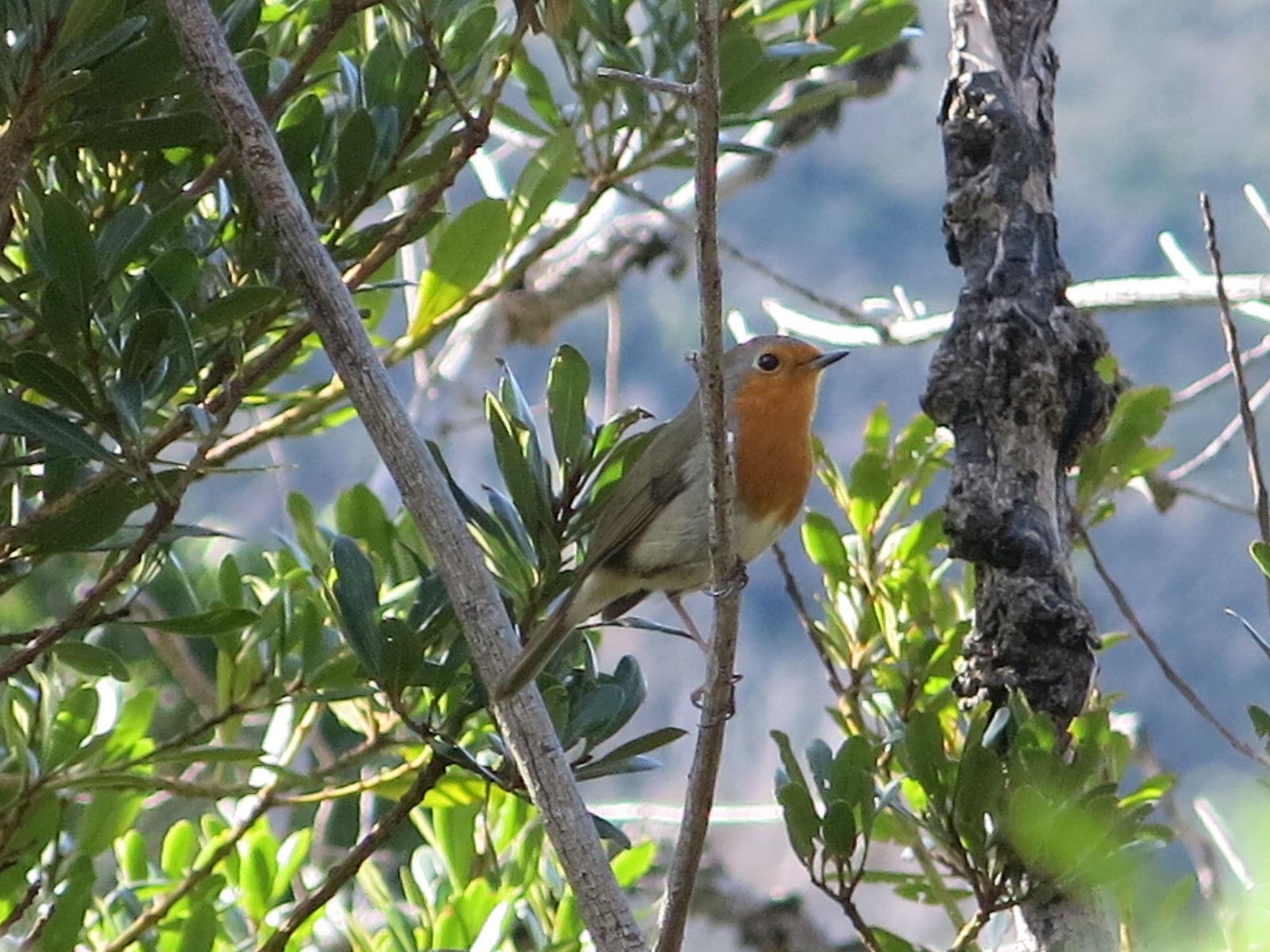 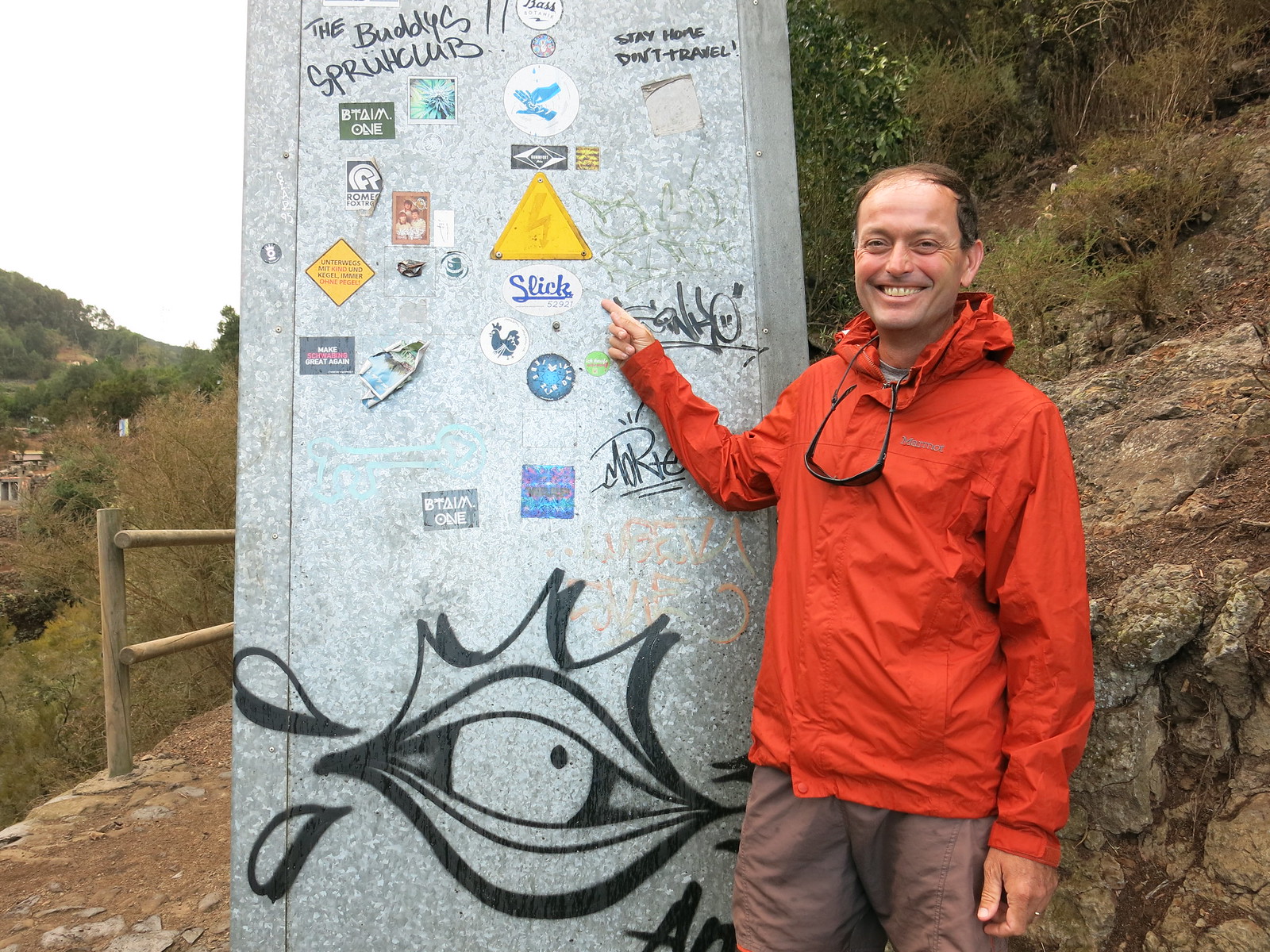 We know we are following in our friend Tim on Slick's footsteps. We sailed to Tahiti together before parting ways. On a trail here Jon spotted one of his stickers that he left behind all around the world so we really ARE following in his very footsteps. Funny. 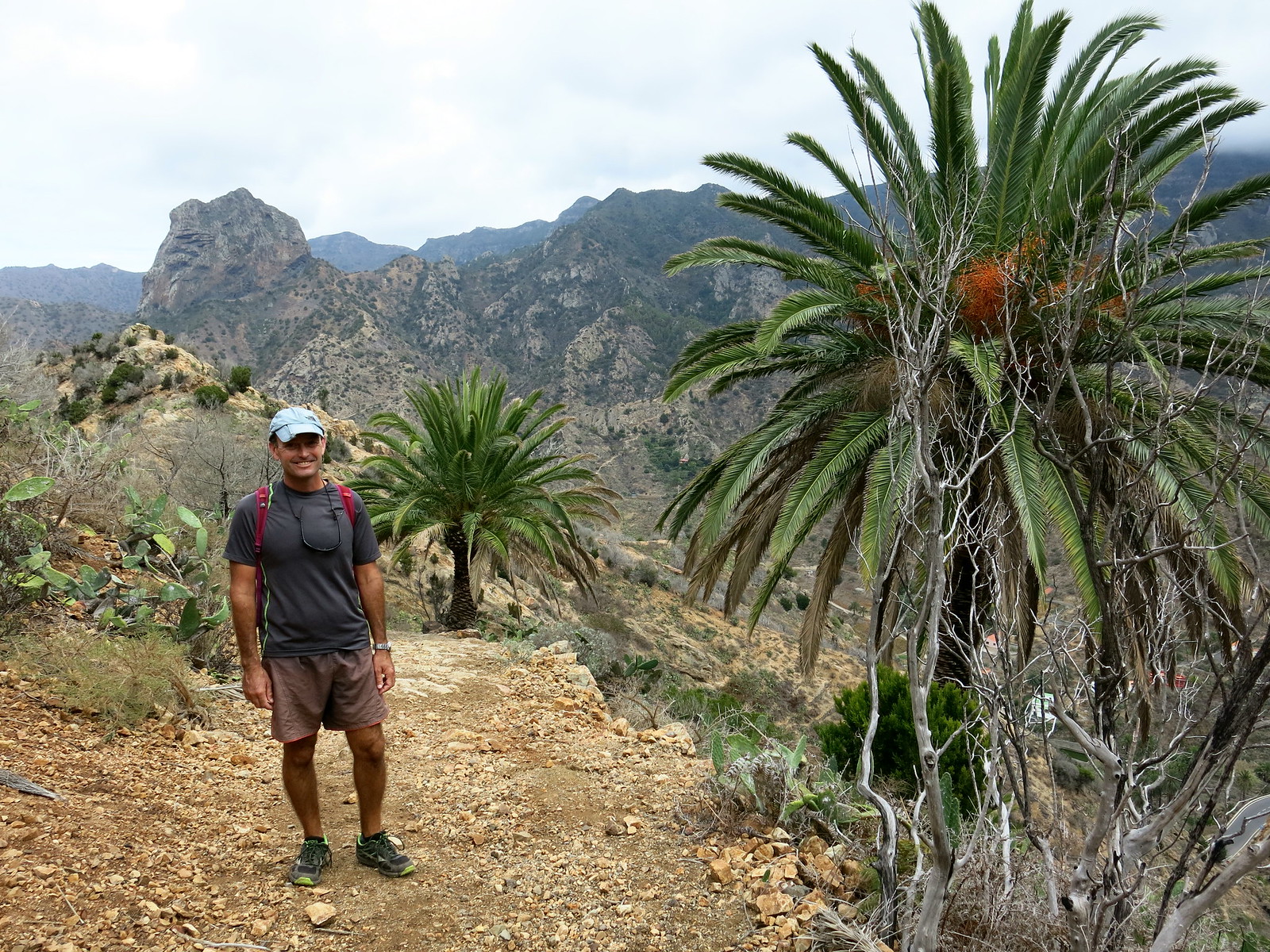 I don't think I have enough Spanish jamon, dry sausage or cava on board but I did try to stuff as much as I could in. Tomorrow is a day of strapping things down and getting ready for the roller coaster, one last menu del dia and a best wishes to Oliver who doesn't head out till December 12th. But we'll be out there together anyway!

I will be posting position reports on our website Venturefarther.com. Latest Reports are located 2/3 down the front page under Travel Reports. Here we go! 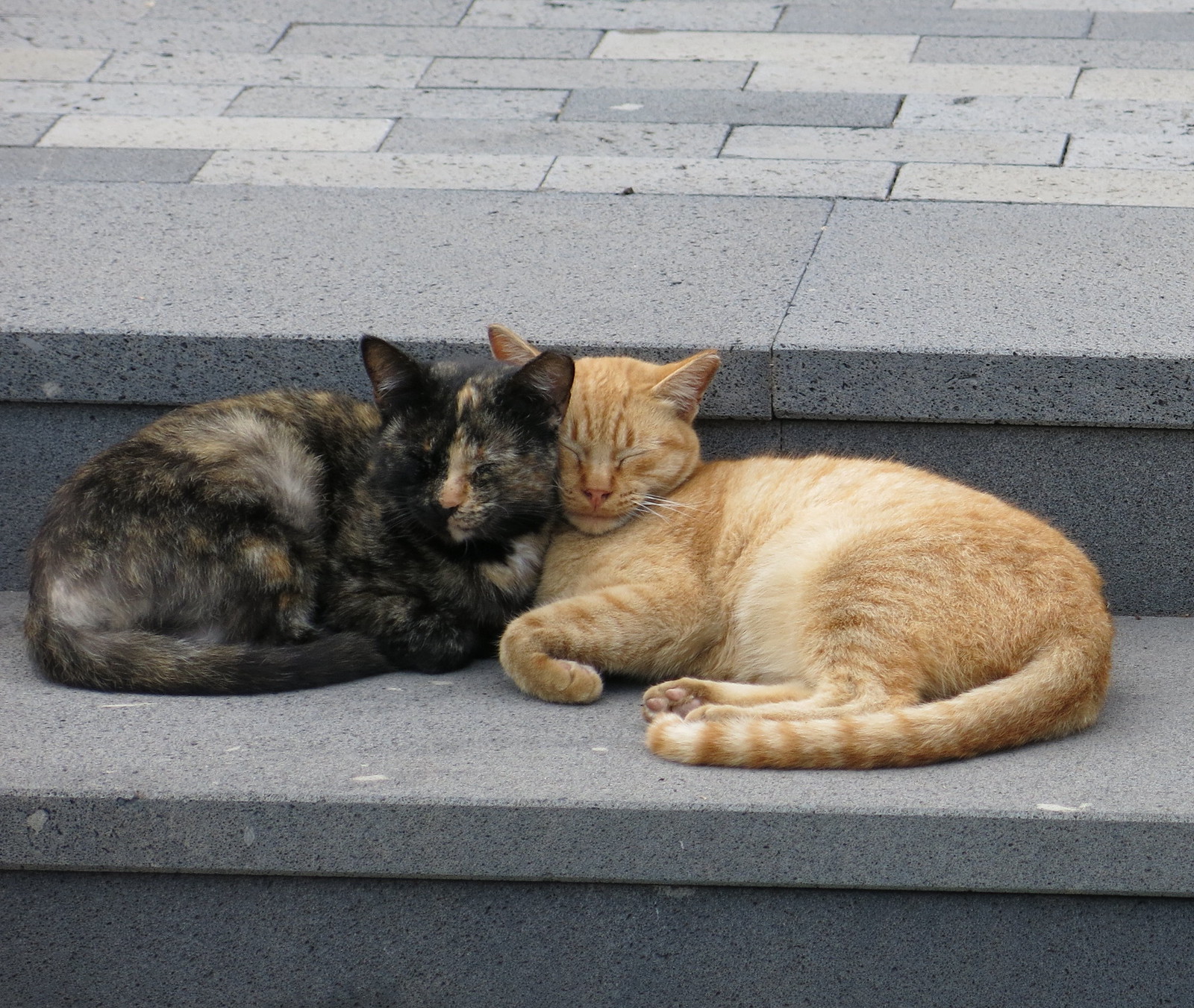 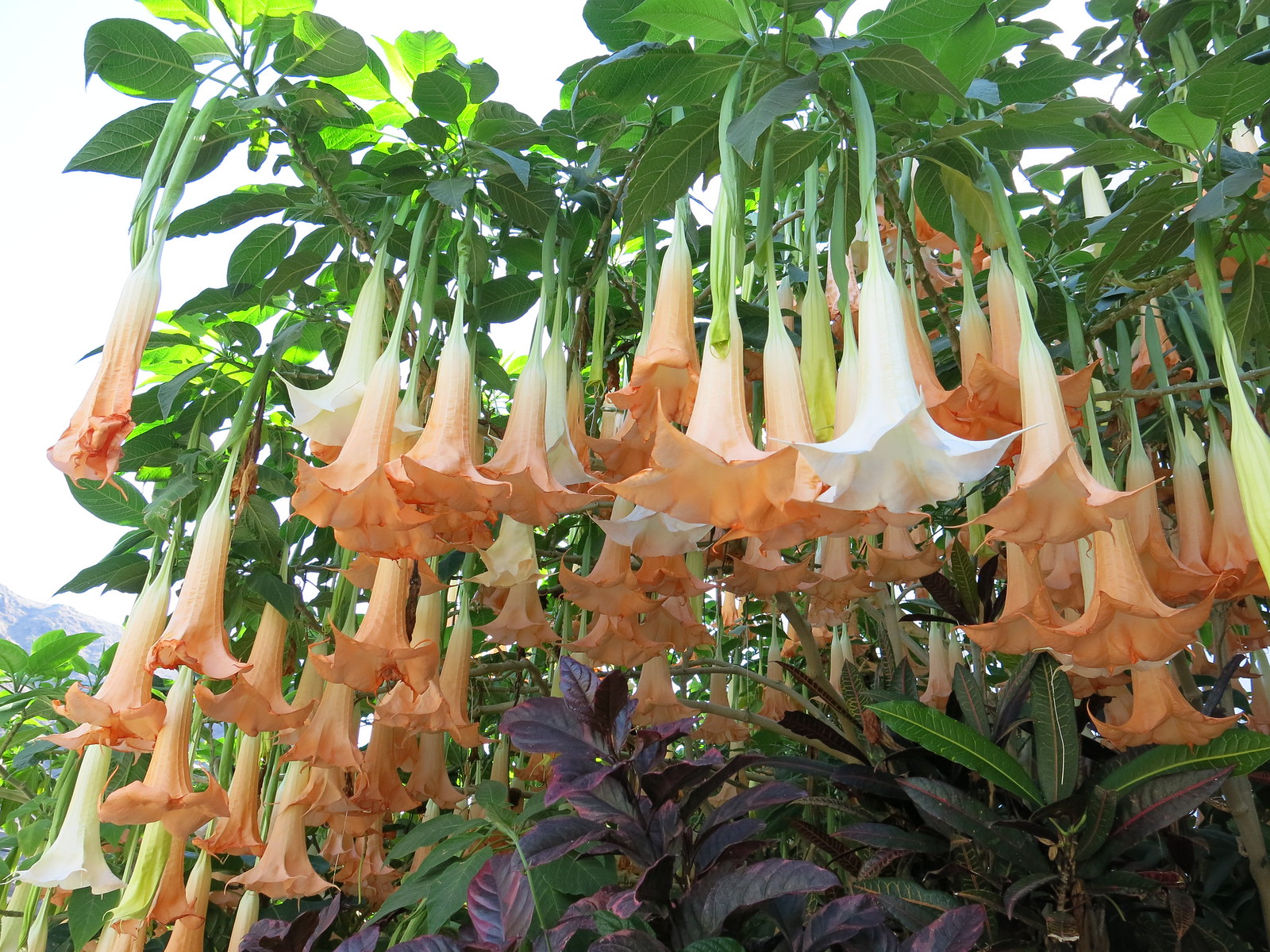