It's pretty hot here in Martinique so we're going back to Vermont for a week to cool down a little. Well actually, we're going back to help set up all the candles on my mom's birthday cake! Looking forward to seeing them and hopefully we can still XC ski and snowshoe as its been awhile.

Don't think this pic of Jon is upside down because its not! He is the only one I know who likes to peer into holes upside down (then he doesn't disturb the bottom) and process what he's looking at. 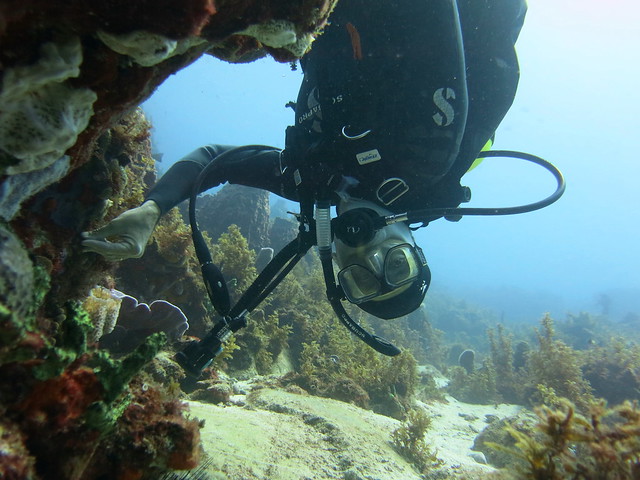 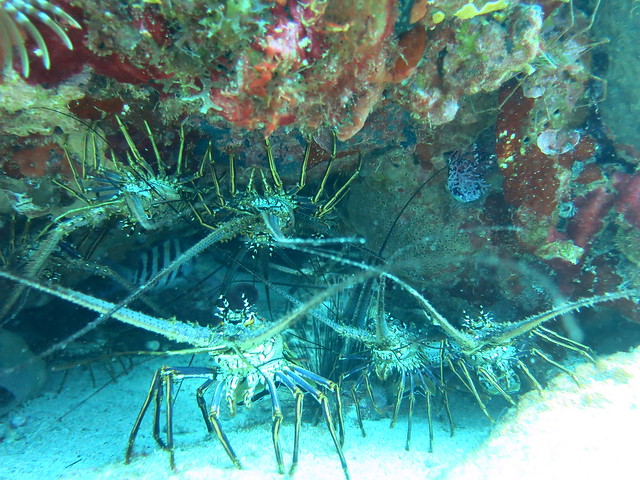 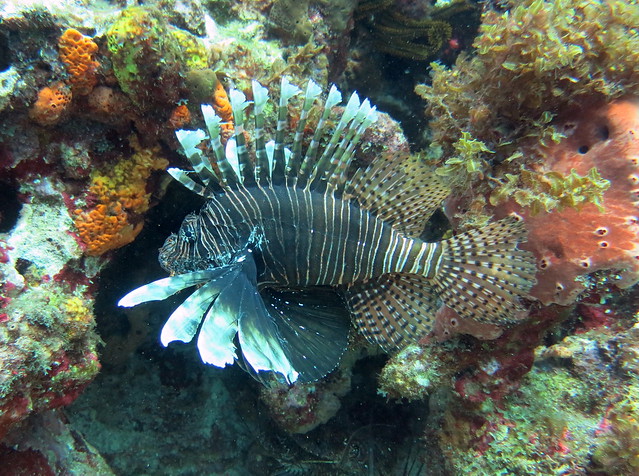 Since arriving in Martinique a couple of weeks ago, we've been moving south along the coast checking out many anchorages and coastal towns. Even though Martinique is owned by the French, having come from Europe now we find it more Caribbean island feeling than anything else. It's a good vibe though, just expensive and touristy. There are cruising boats absolutely everywhere. I forgot how many lovely and huge anchorages they have on this island. There is no fear over getting a spot. I was pretty excited about the market in St Pierre but ever since then its been downhill. I've decided that anyplace that has good diving you have to give up on food and anyplace with good food you give up the diving.... So we've done some really nice diving. I feel relieved almost because I was worried that after having seen the Pacific and some Indian ocean stuff I wouldn't appreciate this as much but nope, there is still plenty of beauty and life on these reefs. I haven't felt any dynamite reverberations in the water like we experienced once in Indonesia so that is nice. But there is apparently a tiff between the dive shops and the local fishermen such that there are fish traps on some of the dive sites. It is something to be looking at some pretty reef fish in among the coral heads and then swim by a trap with those same kind of fish swimming in circles. Who eats blue tangs anyway?! We have been amazed by all the lobsters and eels cramed into one hole after another, we've seen a couple of octopus, a bunch of lionfish (they seem to have spread down here too), some massive crabs and a lot of colorful scenery. Sometime back, I think at the start of this cruise, we met a couple who had us over for a dinner of lionfish that they'd speared. They are of course easy to spear since they think they are impervious to anything and just sit there and then as long as you are very careful pulling out the poisonous spines then the fish is perfectly delicious just like any other. We haven't tried this ourselves yet but might yet! After the 3rd dive I was taking the camera out of our underwater Fantasea case and the knob broke off. Oh brother, it is always something. With some pressing, the company agreed to sell us a new one at a deeply discounted rate as this appears to be a design flaw even though our case is totally out of warranty and so we have a replacement coming to Vermont. Thank goodness as we really enjoy underwater photography and this is the best case we've had out of 4. 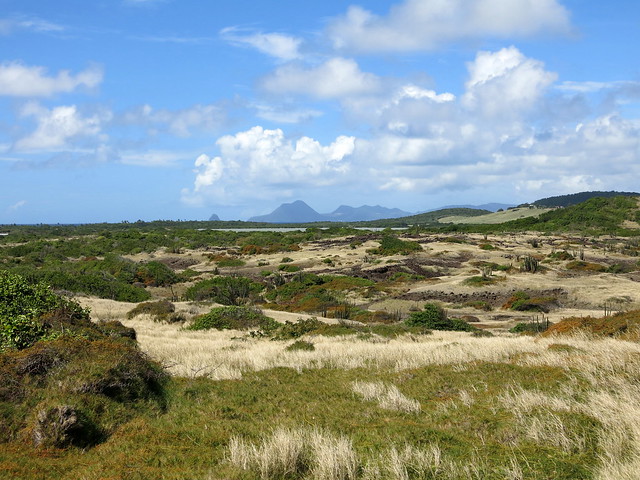 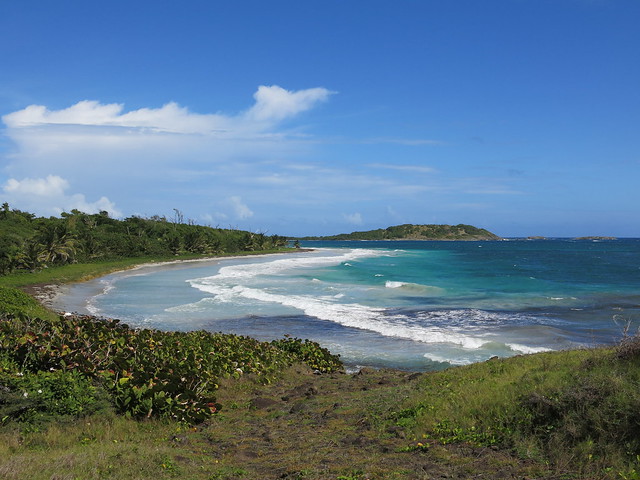 We've done some pretty hiking, especially on the south side of the island at St Anne. What a lovely anchorage and town with a cute square and good views out to sea. A coastal hiking trail runs all the way around to the quieter eastern side of the island where there are some beautiful beaches and grassy hillsides that are quite picturesque. The water is very warm and getting in is completely painless which is great. We found a frozen fruit novelty treat that we have been getting after our walks and we sit on the benches in the squares looking out at the anchored boats and try to look normal. 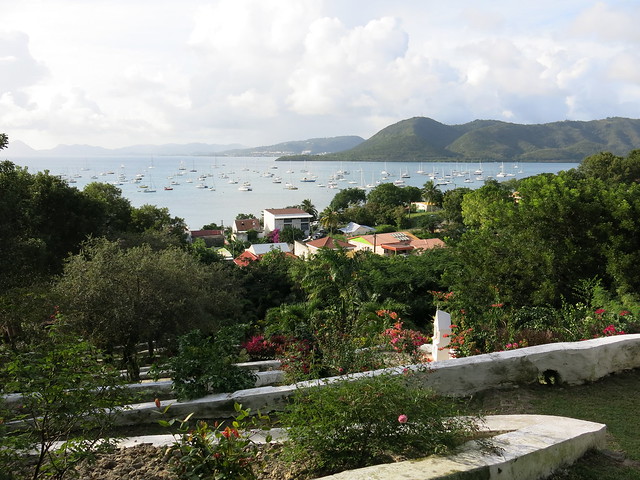 We've been working on projects on the boat just keeping it spiffy and also on our website VentureFarther. It is growing and we are trying to keep up with it. Jon is adding and improving features like linking position reporting with Facebook and making the reports nicer and he had to fix the issue with the auto emails for followers that was broken for our Atlantic crossing where the emails weren't going out to friends & family who opted to track us when we made a position report but that is fixed now. I have been adding markers for places we've been and it is a competition to keep on the front page before someone else enters one and hides mine. That's what we want!

Anyway, we are in a massive marina on the south coast in Marin ready to head to Vermont tomorrow. It has 830 berths of which about half are long term liveaboards with growth so thick on their hulls I'm sure it is anchoring them to the bottom. In the morning all the liveaboard kids are heading down the docks up to get the school bus as we are making our way to the marina heads. It is so far you basically make a cup of coffee, take a sip and then start walking up!

Once we're back we will probably start heading northward diving our way up the coast and then off to Guadeloupe. Hoping to catch up with a few friends along the way who we haven't seen in a long time. 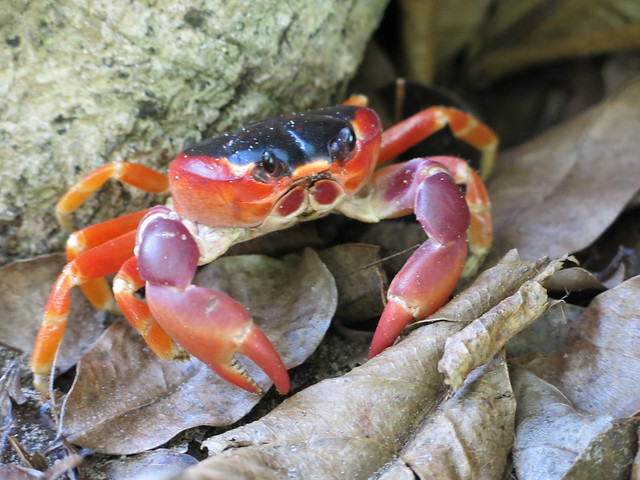 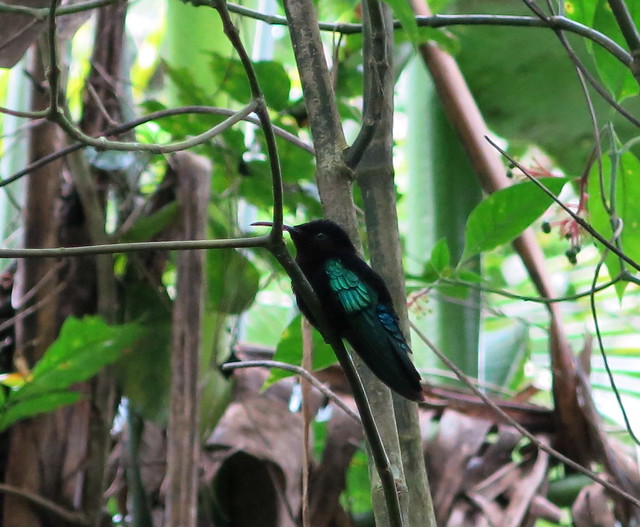