We are underway motorsailing to Grand Turk as I write this, a 2 1/2 day passage. It is a light air forecast for part of it, but we're anxious to get there and it seems like there are few breaks between weather systems these days. We were in San Juan for six days which was enough time to explore there. On the day we came over from Culebra, it was calm and we saw two humpbacks playing around at the surface. One was lying on his back flopping his fins back and forth over over his white belly, just seemingly enjoying the sunny day. They hang out in this area as well as the DR and banks south of the Turks to nurse their young. We've seen them breaching this trip and also had a pair of pilot whales hanging out with us today and I could hear their high pitched squeak at the bow. They swim the same as a dolphin except in slower motion and their faces are shaped different. They snug right up close to the bow like they're touching it as if somehow that is fun. I'm actually glad to be motoring overnight since we are easier to hear and they will hopefully move out of our path. 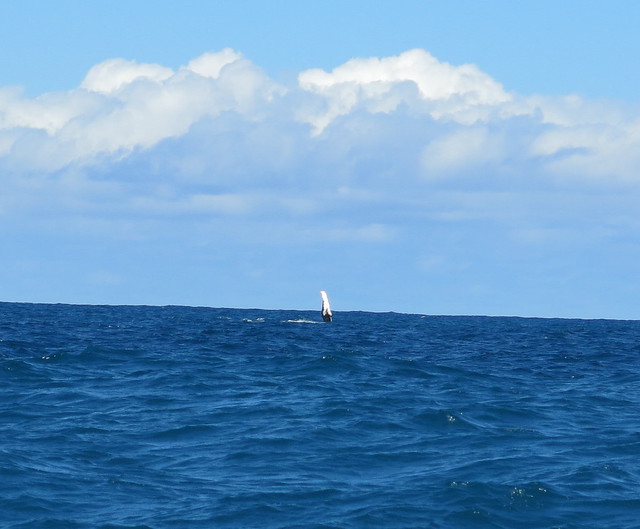 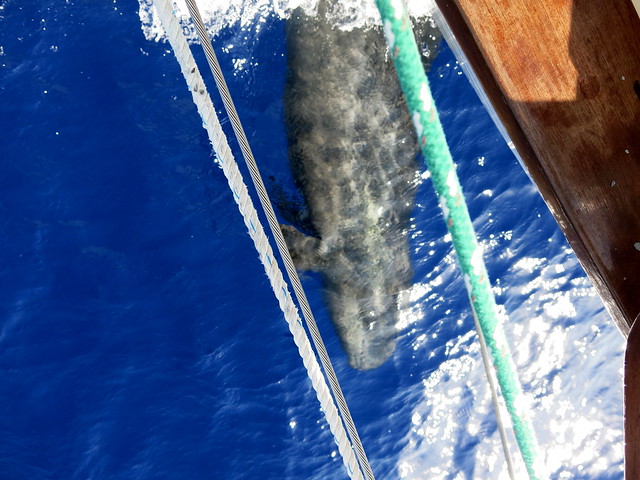 San Juan was one of those places that felt really good to arrive to and pretty good to leave. Jon especially was blown away at first thinking about how we'd been anchored in that very spot in San Antonio Channel (the only anchorage in the area there) 14 years ago. We feel like old people saying "where did the time go?" So much has happened since then. This boat has a heck of a lot more equipment on it now then it did back then! More stuff to break. 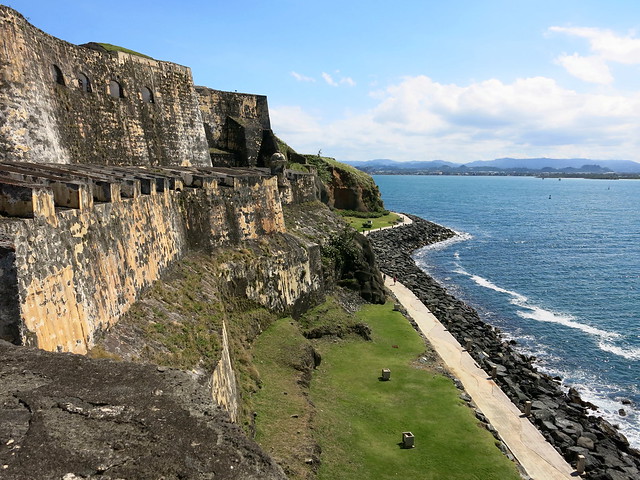 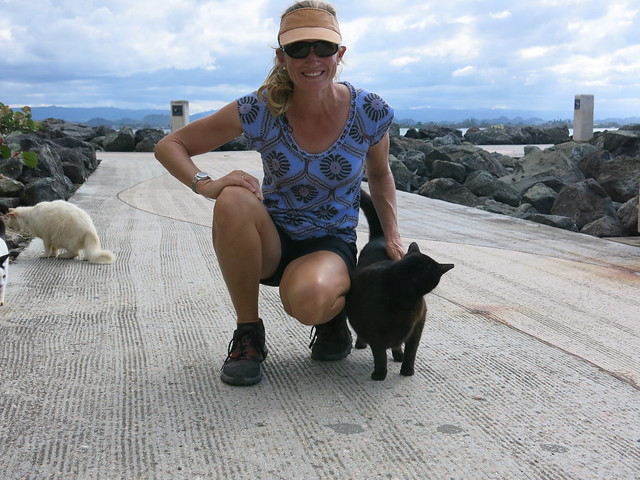 It had been awhile since we'd been anchored in a city and this place, although busy with planes, trucks and pilot boats, not to mention cruise ships, offered really calm water and protection and the anchorage was nicer than the marina which was good because they had no space. We have fond memories of San Juan and were excited to see the El Morro Fort again with the big lawn and the pretty pastel Spanish style buildings. Of course now that we've spent so much time in Spain it isn't quite the same. El Morro is still a favorite though and the park service had it all spiffed up, a standout in the city. Although still very much recovering from the hurricanes, San Juan reminds us of Kathmandu in Nepal where it was difficult to tell what was hurricane damage and what was just rubble from years past. There is as much of one as the other. But we did some nice things like tour the forts, walk the paths, including the Princesa Path which goes around the base of the fort on the outside and is filled with many obese, feral cats. Their food stations look like all you can eat buffets and they are definitely digging in! The day after we walked the path the heavy swells from the Nor'easter set in and began pounding the fort and the whole Puerto Rican Coast for days. Lots of damage to the waterfront areas that we just walked on which is sad. Our boat was safe way up in the channel but every time we walked over to the ocean side there were huge crashing waves and the port was closed for 2 days because of them. The entrance channel was breaking badly. Its a little nerve wracking even on a good day- this is what it was doing as we were coming out. 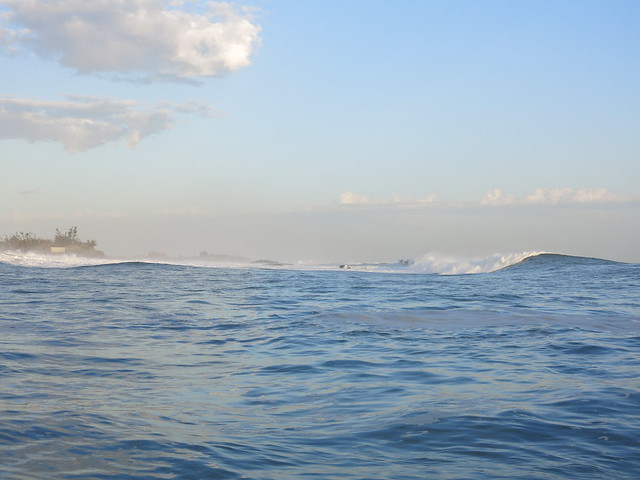 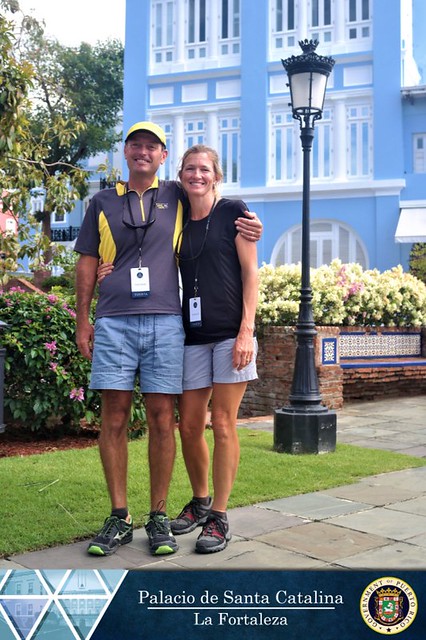 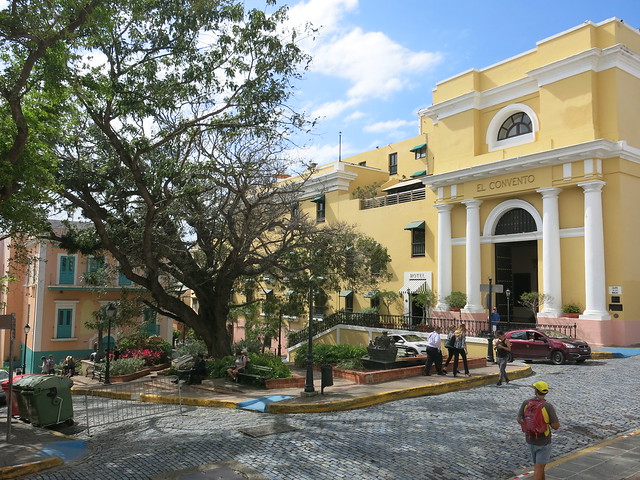 We toured the Governor's mansion, had a guide all to ourselves for a tour of the capitol, walked the old blue cobblestone streets, had a so-so lunch of Puerto Rican food, went to a concert one afternoon at the San Juan music conservatory and spared some time for some waxing & varnishing of the boat. The concert was an unlikely duo of the piano and trombone but nonetheless, well played. We decided to work on developing our own concert from the instruments we have on the boat- the kazoo and birthday whistle! We made several attempts to visit other points of interest but they were closed for renovations (but not before we shelpped over to them) and we decided against renting a car because the places we most wanted to visit were in the mountains and those areas are the ones hit heaviest by the hurricane and still without power. We could see a huge parking lot filled with US state registered electrical trucks, generators, portable diesel tanks, worker camp setups, etc but nothing was happening. Apparently, contracts have been fulfilled, no money is coming in or what is appropriated hasn't arrived, and so things are at a standstill. We learned a lot from Jerry, the man who gave us the capitol tour about the Puerto Rican system as well as psyche, and from our own observations. He told us that there are basically two parties, one who is pro-statehood and the other for continued Commonwealth status. Another insignificant party wishes to gain total independence. The majority would like to become the 51st state. Complicated. We did chat with a few really friendly locals too and found out that several years ago, Spain extended an invitation to all Puerto Ricans who had family ties up to a grandfather level to become eligible for automatic Spanish citizenship. Many people took that opportunity. 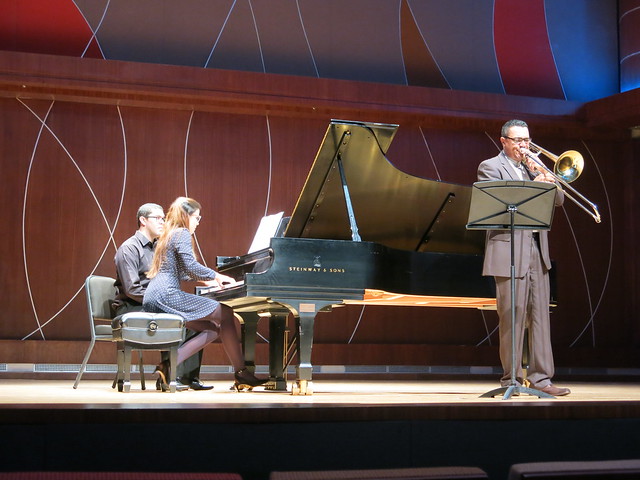 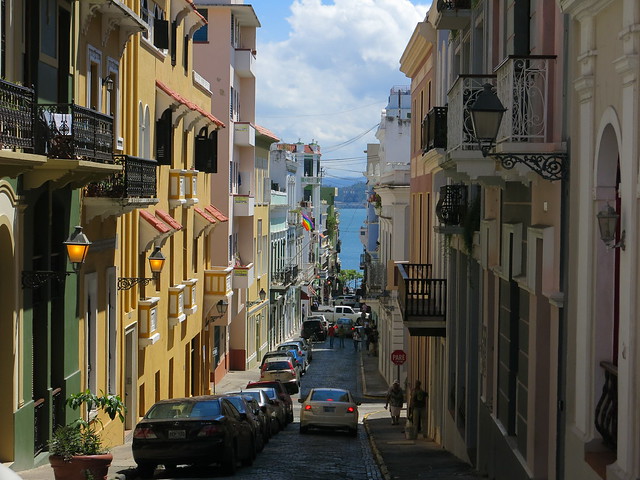 So we waited for the swells to come down and the harbor to re-open before leaving and here we are, fully stocked with corn tortillas and refried beans. Excited to see clear water and hopefully do a bunch of diving on Grand Turk which we love to do. Along the way, we passed over the Puerto Rico Trench. The deepest sounding on our chart is 27,000 feet. So that's pretty 5 miles of water down there! Our mast is 58 feet tall, so by 59 feet we'd be gone from sight. Huh. After last night's electrical storm show, I couldn't help wondering how long it would take to sink to the bottom! 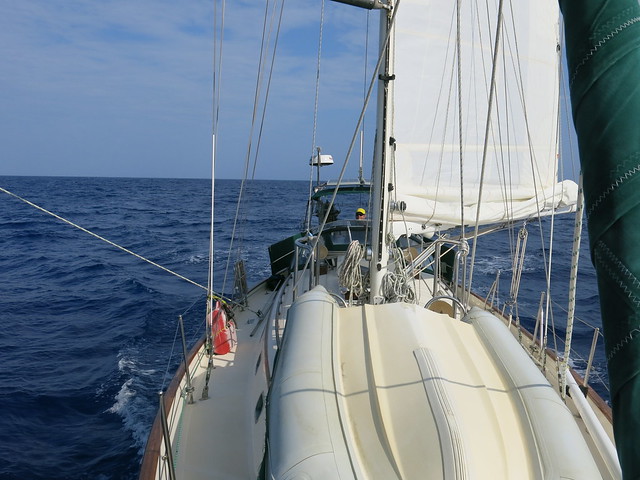 Our fire truck is almost ready to be loaded onto the ship and start its journey to us. It can't possibly go smoother than it did for the boat but we're hoping for few snags. You might wonder why we're going this route when there are so many other ways to do it. The answer is that after exhaustive research on Jon's part & us both thinking about what we wanted to do, we arrived at the following: In order to have a true home that is ready to travel to lots of places, some of which may not have ultra low sulfur diesel at the pumps, to keep expenses reasonable for the build and have the camper be able to take rough roads and off the beaten path places and still hold up, plus have room for the gear we want to carry like bikes and backpacking stuff, there aren't a lot of options left to choose from! We wanted a truck that was commonplace in many parts of the world so easier to fix, with a tried & true engine and also with a good weight carrying capacity so we wouldn't be at the edges of what it could take before we load on our belongings. We wanted 4WD. In order to import a vehicle into the US, it has to be one the US sells. Otherwise, it has to be over 25 years old. So that is very limiting in itself. These fire trucks have been so well cared for and stored inside the fire station for obvious reasons, that they have aged well, so to speak. So we've heard from other fools who have bought them. The options for well cared for trucks like this already within the US are few & far between. Plus the US doesn't use these style of trucks and we think this would work better for us than say a Ford F550 where you have a whole lot of truck and not much room left for living space. And of course Jon is excited about the challenge of the project and what it will become as much as I am about helping to get it there. But don't get us wrong, if money were no object, we'd be ordering one up in a heartbeat to save on all the work. We both like the feeling of freedom that comes from having your home with you wherever you go. The buzz words we hear lately like "tiny home" and "off-grid" are pretty much the nature of cruising boats so adjustment should be easy. We aren't planning to get back only to leave again right away but doing a build like this takes a lot of forward thinking because we don't want to have to do it again! And S. America is a popular place with a lot of good info from people traveling around in expedition campers like this. Could be a good starting point.

I was reading a book on this passage that reminded me that in the Declaration of Independence, there is the intention to preserve the right of "life, liberty and the pursuit of happiness". Well there's a good right to pursue! Hopefully this RV will offer as good of an opportunity to be independent, live well and be happy as the boat has. 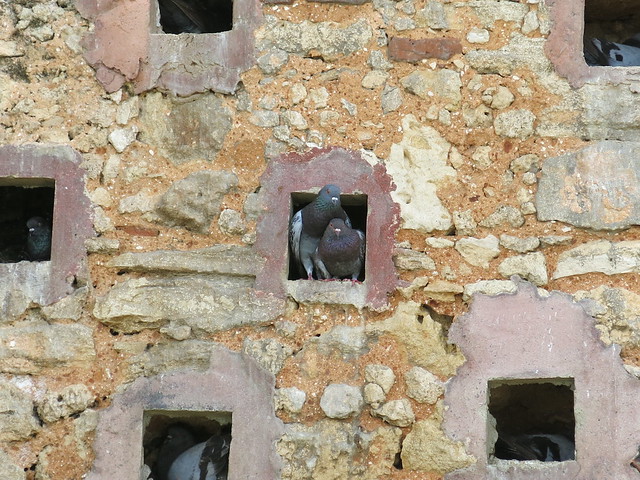