Well, another year has gone by without any Easter baskets on Evergreen. Its so sad. I made a cake with green frosting in rememberance of the green grass in our Easter baskets of years gone by. 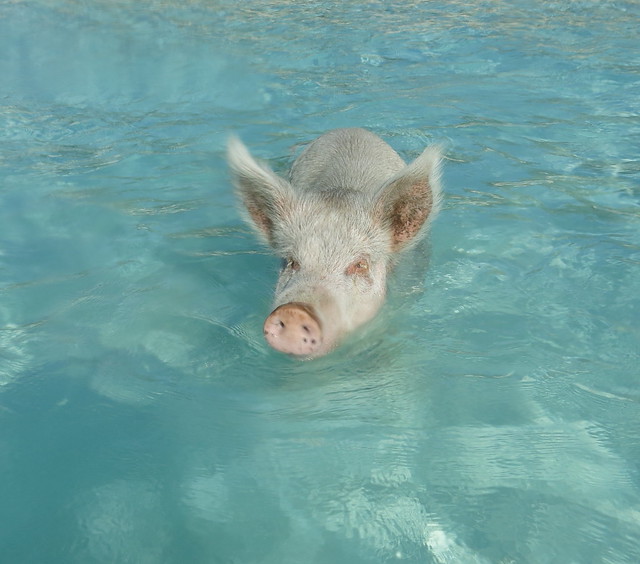 Our time in the Bahamas is winding down, we are now in the Berry Islands which leaves about 180 miles to Fort Pierce, where we'll continue on to Vero Beach to park for a bit and visit Jon's parents. Our truck is in Germany now, awaiting the transatlantic ship that will take it to Georgia where we can finally see what we bought-yikes! How many times in your life do you buy something somewhat large, sight unseen and then trust it to many hands and drivers to get it from one continent to another? 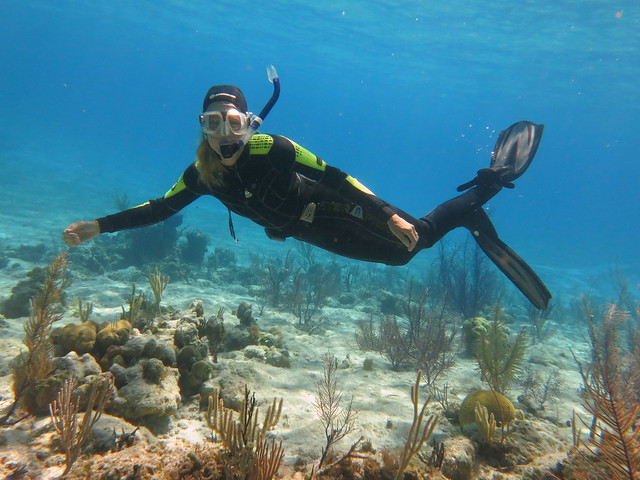 We've had a splendid time in the Bahamas and have really enjoyed all it has to offer. Clear water, great snorkeling, spearfishing, calm anchorages and lovely beaches. That's all we wanted and it reaffirms that we could spend more time here cruising around, having plenty of zero dollar days. Whenever I'm not in the water, I think I should be because it is so beautiful. If I'm feeling stressed about all that will be happening in the next few months, putting my mask on and gliding over a reef takes it all away. I love the way the greenish blue glow of the shallow water is reflected on the bottom sides of the clouds here. 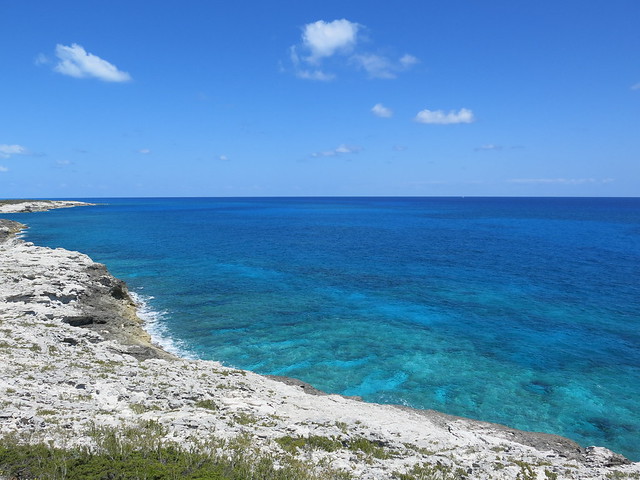 Georgetown was so peaceful as the regatta was over from the week prior and a lot of sailboats had left so it had a quiet feel and I heard that there were less boats there this season than last for some reason. Megayachts don't come down that far which is nice too. It is so set up for cruisers and is basically unchanged from our point of view and Stocking Island is still a playground with long beaches, inland trails, shady palms to sit under, snorkeling, fishing and great anchorage. What more could you ask for? One day while out spearfishing Jon shot a grouper and quickly got it to the dinghy. Just as I swung my legs in to get in too a reef shark came blasting over to get a closer look & started circling. So we moved our operation elsewhere and later found out that the week prior, some guys out spearfishing there took too long to get their catch in and 2 sharks came, one taking a nip out of one of the guy's elbows. Despite this, we are glad to see the sharks around, as well as the barracuda, that give the reef the balance it should have. It feels plentiful here, not like so many other parts of the world. And as emotional as it feels to witness the killing of something, it is remarkable to be able to pick out something that is right, spear it with no by catch and then use all of it with little or no waste. We've had fish, lobster and conch so I've made conch tacos, cracked conch, lobster salad, lobster thermidor, buttered lobster, lobster risotto and fish various ways. If we had to pick a favorite it would be the fish. And no ciguatera relapse with the grouper although I made Jon eat it alone the first night to see if he came down with symptoms! He says that spearfishing seems to come easy to him this time and he hasn't been nervous at getting what he aims for. 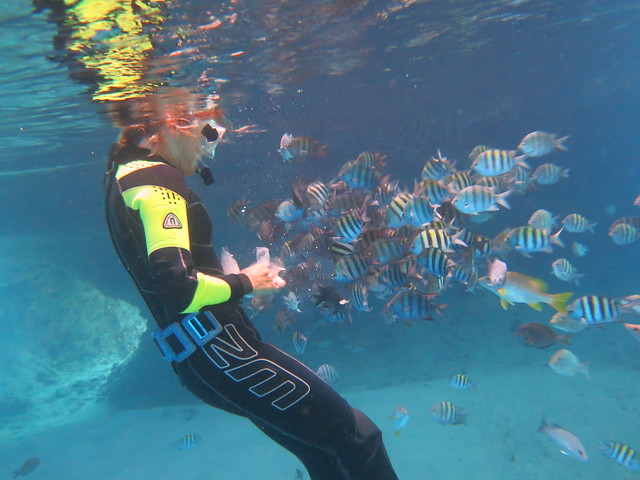 We started moving our way up the Exuma chain, reacquainting ourselves with reading the water to get in to shallow spots without bumping the bottom. We've reached new low levels on our depthsounder and have anchored in some gorgeous spots. Not like we had to, we just wanted to. It's like riding a bike, you never really forget how to do it. We've met a few other sailors, got to know them over cracked conch lunch and have also visited some of the unlikely tourist spots like the famous "Swimming Pigs" of Staniel Cay and Thunderball Caves, so named after a couple of James Bond movies were filmed there. Its fun to feed the sergeant majors and deliver our produce scraps to the pigs as they swim out to the dinghy. But my gosh, how this place has changed over the years! We first came in 1994 for our honeymoon. Now it is Tripadvisor documented, full-on tourist boats and megayacht tenders, not to mention sea planes themselves (no kidding) screaming over to see these domesticated pigs that live on a beach! Unlike their ancestral humble beginnings of being placed on the island to fend for themselves years ago, these new wave domesticated, tagged, named, photographed pigs with water & food troughs and a sturdy shaded shelter, have a full time job entertaining tourists who come to feed them all day until sunset. And there are liability releasing signs to remind you that these are pigs and you can't sue them! Late in the day half of them are comatose under the shelter because they are fat & full and tired of swimming! We got a lot of laughs out of watching the going's on of all this being anchored right off the beach for a few days while it was windy. We joked about what the pigs would be saying to each other like oh brother, here we go again, I am so tired of eating, I need a vacation with no one around! When I spoke with the lady in the Staniel Cay Yacht Club office, a native of the Cay who remembers what it used to be like, she said what made it famous was those swimming pigs! Now other islands have tried copying it but Staniel is the original. 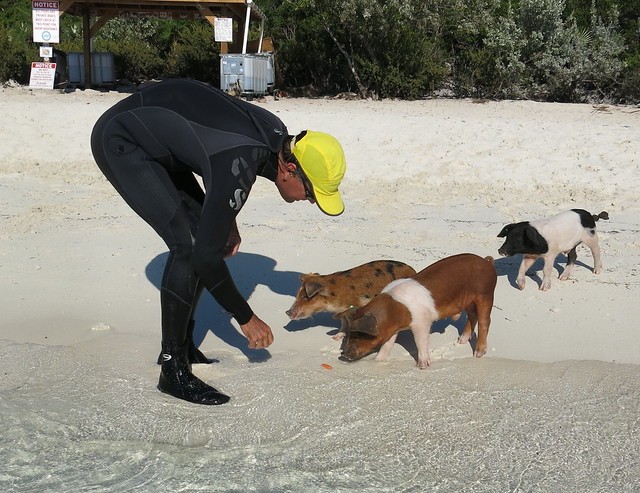 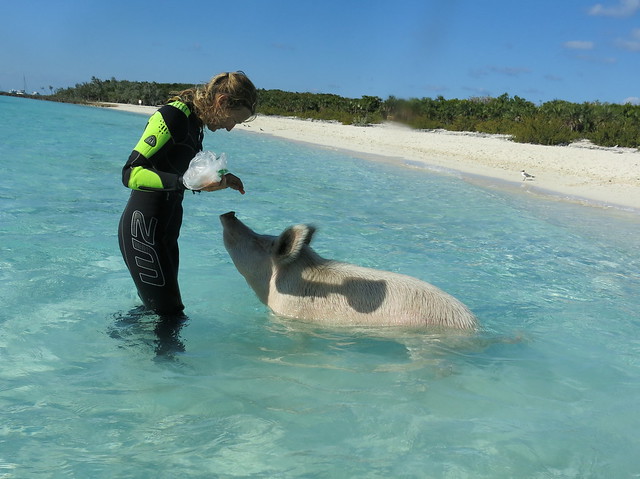 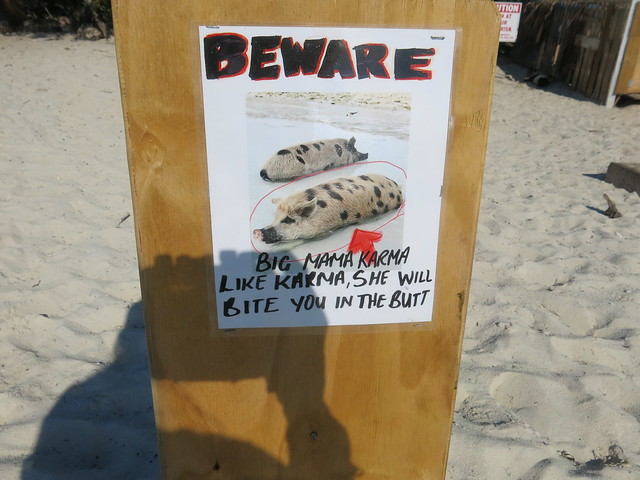 We've spent a lot of time snorkeling & drift diving through the cuts and around islets. It is so fun to ride the current through the cuts and see all the sharks, turtles and rays hanging out there. When you slow down back on the sand bank you hop back in the dinghy and motor back up to the opening and do it all over again! The water is such a crazy liquid blue that it looks wetter to me than usual, the color of my favorite blue Slush Puppy flavor. At the end of Wax Cay Cut we saw a whole group of nurse sharks laying on the bottom all lined up- never seen that before. On one snorkel a huge, old, sea turtle came over to a nearby coral head, sunk to the sand and went out like a light! He had 2 big remoras for company on his old shell. About a half hour later I returned with the camera and he was still zonked out. I ended up waking him and felt bad but he didn't swim away. I got this pic and left him be. 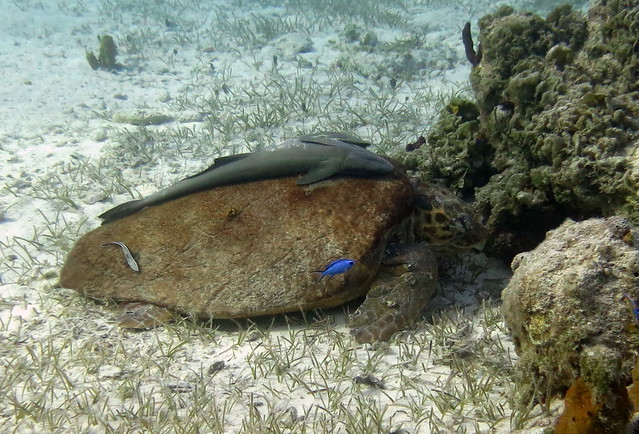 We moved over to Allan's & Norman's Cay where we could do some long island walks. The Bahamas seems to be doing well, fortunately and it is growing, unfortunately. You hate to see more & more private homes & developments and their No Trespassing This Means You signs but there is still a lot of open space for now. I liked the way in lots of other places like Europe there are not all of those signs and there is an expectation that there will be walkers passing by, the old greenway thinking much alive elsewhere. We enjoyed walking around to the ocean side and having a picnic lunch in the breeze. Allen's is famous for all of the vegetarian iguanas that come out to greet you on the beach, especially if you're cleaning fish or conch. Like Staniel's pigs, they too are popular and bikini clad tour patrons hold apple chunks on long skewers to feed them. But those boats disappear soon enough and then it is back to just the sailboats. We find it really amazing that they come all the way over from Nassau on day trips to make several stops in the Exumas. It is really quite an adventure and good on the Bahamians for figuring out tourism in this way where their islands have very little else to offer in the way of work. It is selfish to want it all to stay the same. 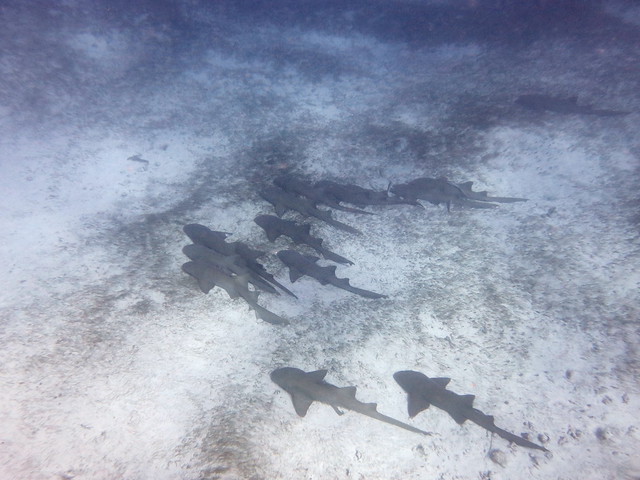 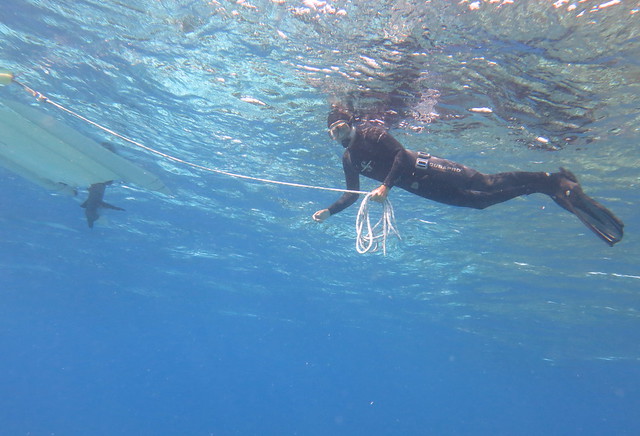 What we haven't had is much in the way of stores to buy things like produce. We've now run out of coffee mate, beer and are getting food cravings like blueberry pie and ice cream. We'll have to leave when we get down to our last roll of toilet paper. Won't be long now! But we still have plenty of cans of Spanish meatballs and we're saving a couple of bottles of cava sparkling wine to share with ourselves & Jon's parents when we finally reach the US shore. Then we can dig in to our list of broken things and start fixing them. In the last 2 weeks my laptop battery shit the bed, along with my watch. It would be nice to grill some fish but oh, that has long since rusted out. Every time something breaks and I say we need to get a new one, Jon starts whistling the "hi ho, hi ho, its off to work I go..." But we hope we don't have to. We think we can get ahead selling off some of the must have gear that we put on the boat before we left and then proceeded to never use.

But first, a few more days soaking up these pretty islands and stuffing ourselves into our wetsuits for a look at the reef. Oh and one last big bottom scrub! 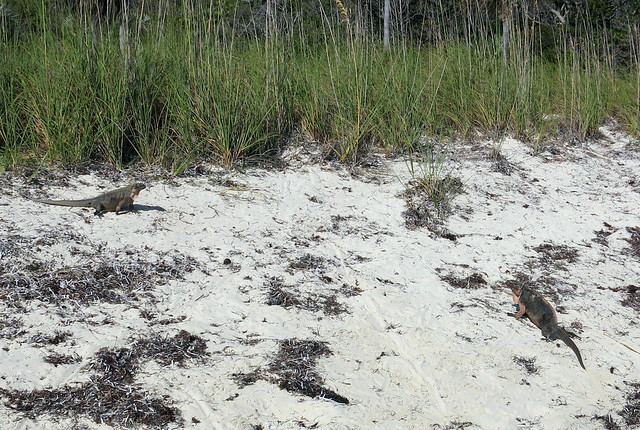 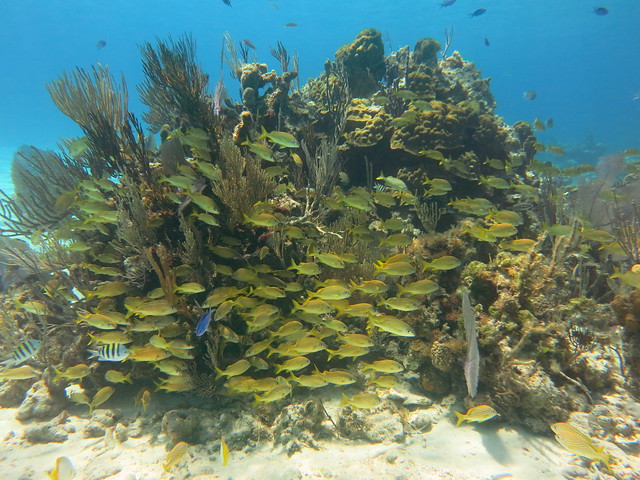 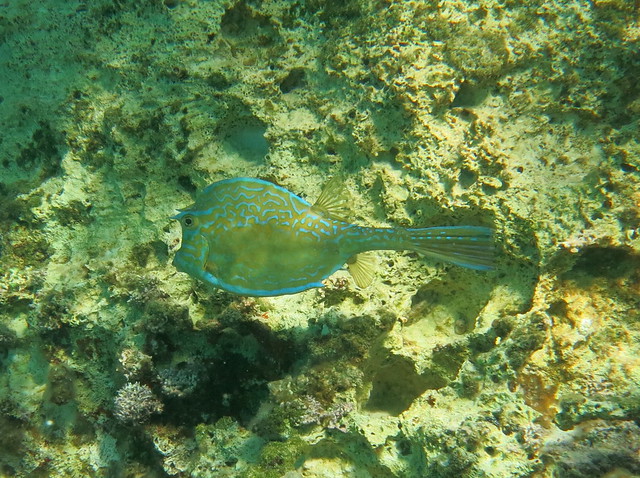