This island was by far the biggest surprise of this season. A lot of cruisers give the island a pass because there really are no welcoming anchorages. This little island (approximately five square miles), literally, rises 3,000+ feet straight up from the sea. There are no pretty palm tree adorned white sand beaches to entice you near. In fact, the first thing you actually see (traveling up the leeward side) is a rather industrial looking harbor -- and I use the term harbor loosely. There are four mooring balls there, the depth is +/-100 feet in the Fort Bay Anchorage. Further up the coast to the north, at Ladder Bay, where there is a larger mooring field with about a dozen balls in 50+ feet of water. There are some places to anchor between here and Well's Bay, but they are really close to shore, and being new to the island we were not inclined to try anchoring so we took a (well maintained) ball.

The rolly reputation of this mooring field preceded it and when we pulled in late in the day after a very trying sail from Nevis, I was ready to give up and head to the BVIs early the next day. Luckily Barry vetoed that idea and the next morning we dropped the dinghy, loaded the outboard on it and headed to Fort Bay -- the island's only dinghy dock nearly two miles away. We arranged for a taxi tour of the island and met the driver at the harbor. 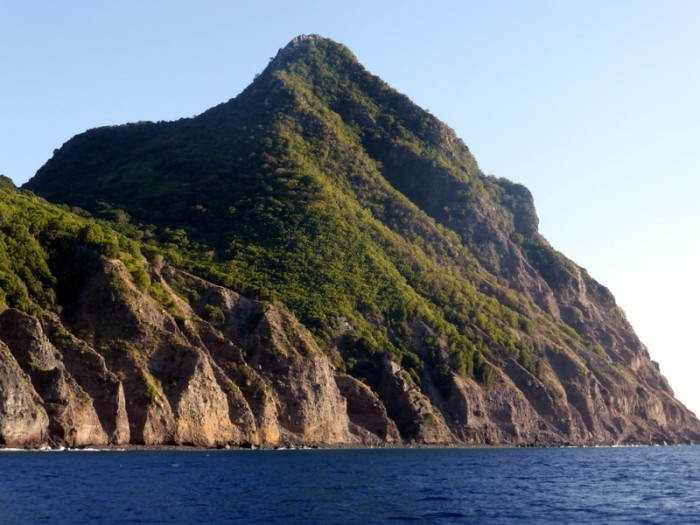 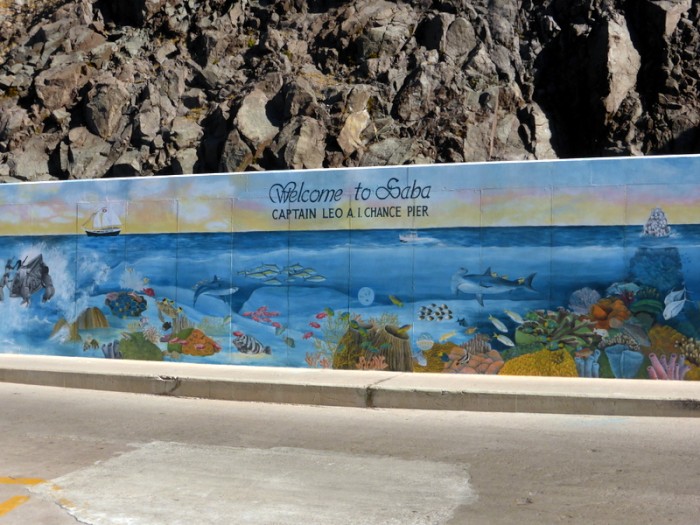 Nothing can prepare you for the ride from the harbor up to the village of Bottom (and then on to the village of Windward). The road is an engineering marvel, we climbed over 1,200 feet in less than a mile! Even more amazing (for this architect) is that the road was designed by Joseph Hassel who took a road building correspondence course in 1906, after Dutch and German engineers said it could not be built! It took them awhile, but under the guidance of Joseph Hassel, the hard working Sabans hand built the road that was completed in 1958. 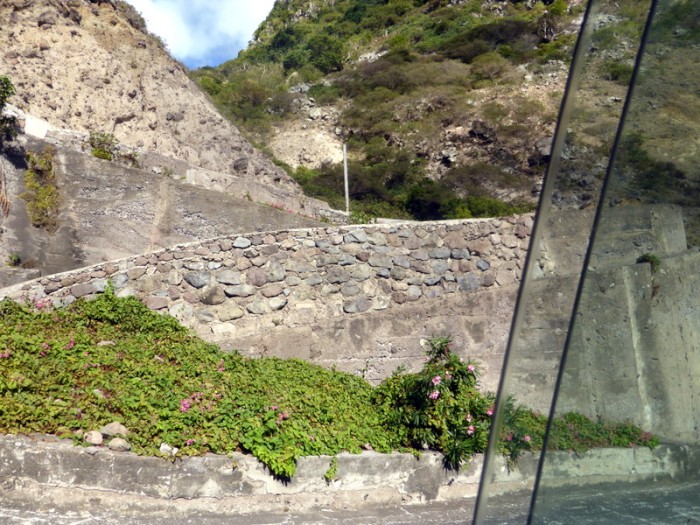 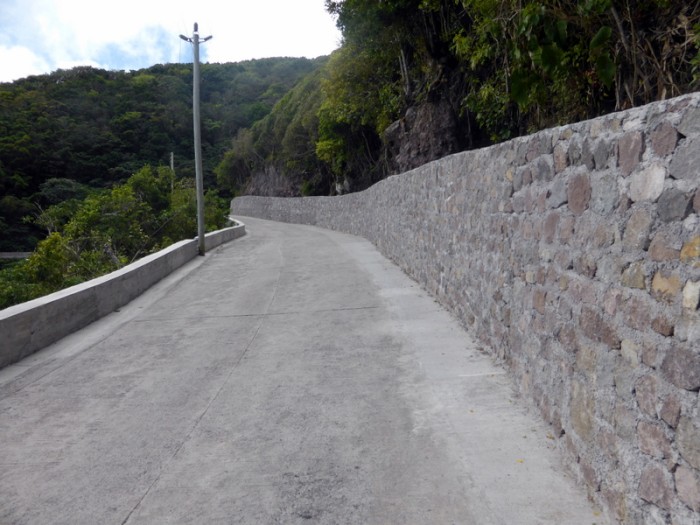 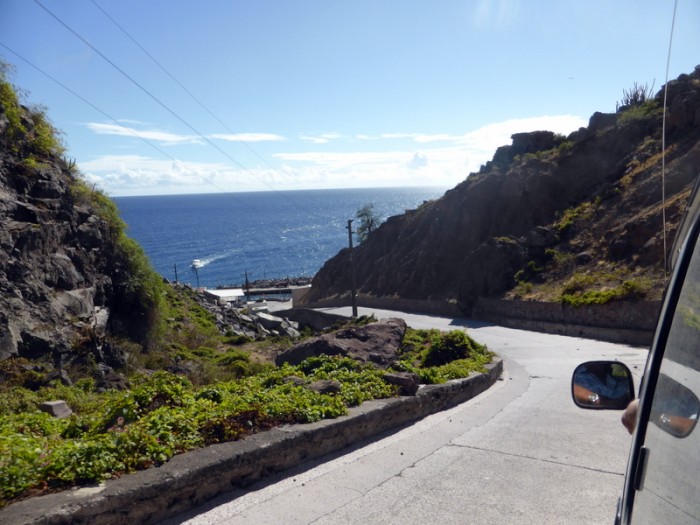 Arriving in the village of Windward was like entering a fairy kingdom. If Prince Charming (aka, Barry) had not already been at my side, I could have imagined him galloping toward me on his white charger to sweep me into his sweet embrace! Everything here was just so picture perfect and oh so European. All of the buildings conformed to a design style that brought everything together into a very cohesive whole that added to the impression we had been transported to a fairytale land. 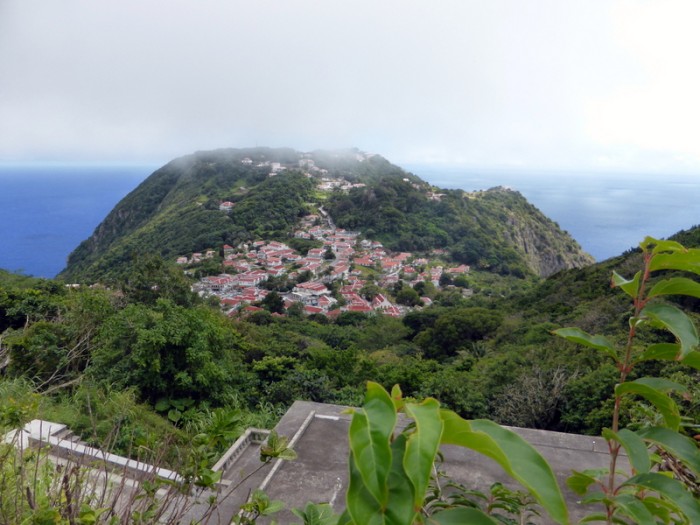 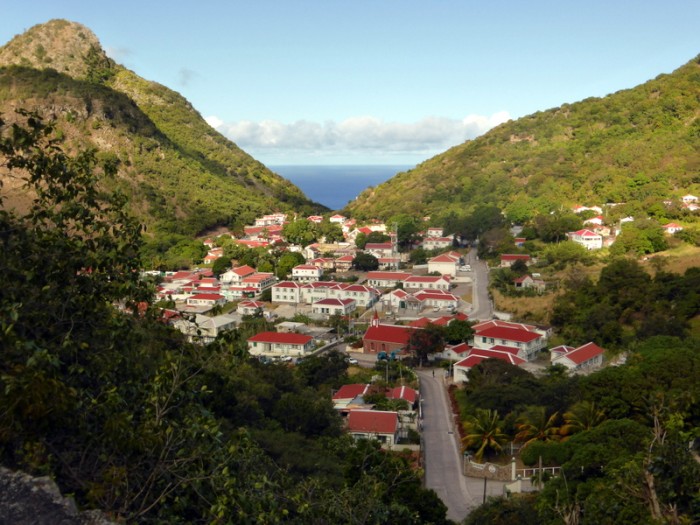 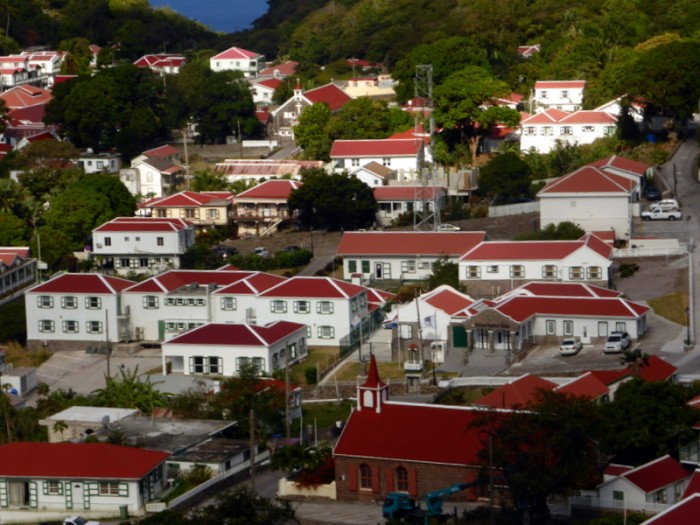 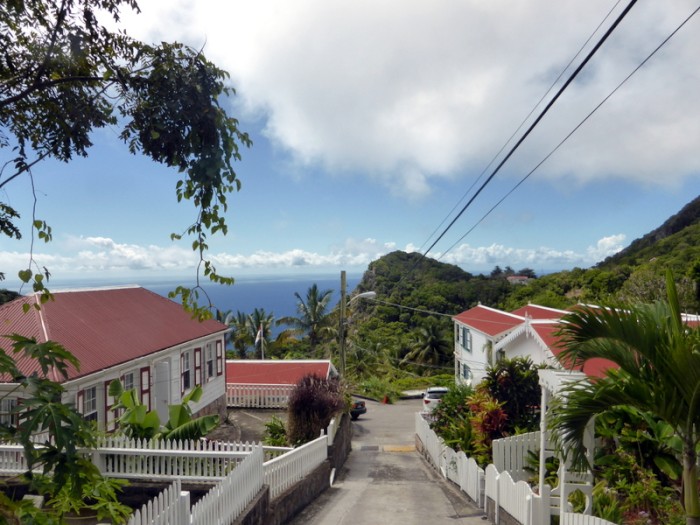 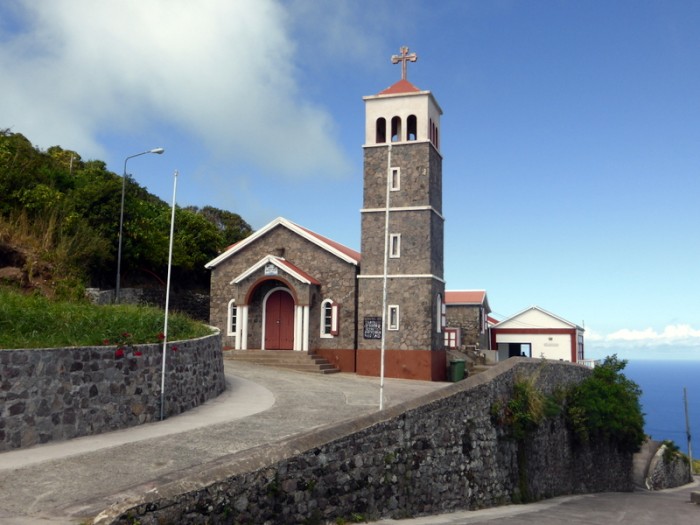 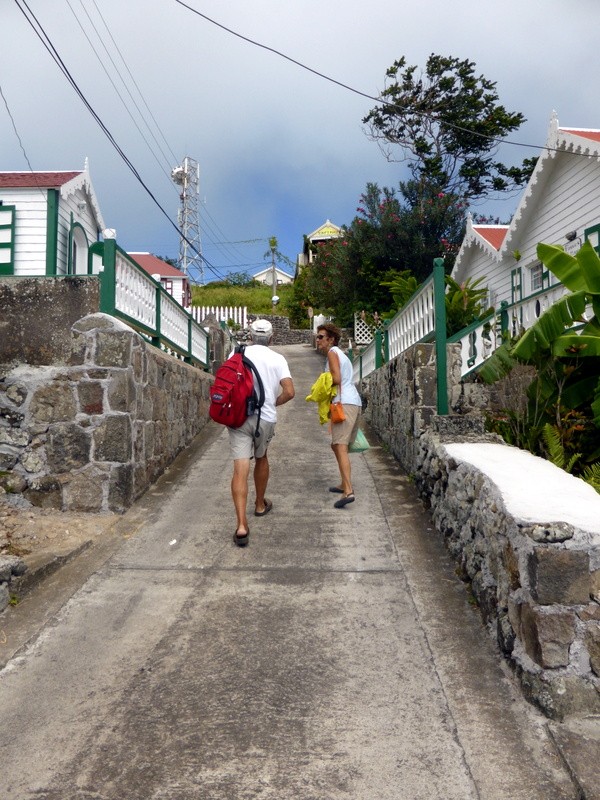 I'm sorry to say that we were not there long enough to enjoy the two main attraction of the island, hiking and diving. We had allotted only a day to visit this beautiful island, as we were on a mission to get to the USVI in time to pick up our dear friends Diane and Glenn for a much anticipated visit and their sailing vacation.

Saba boasts world class hiking, while we both love to hike I'm not sure we where up to the task (and TASK it would have been). Hiking to the top of Mount Scenery (at 3,084 feet) is the cherry on the sundae! This is the most notable trail and it begins in Windward, and includes a section of 1,064 (well maintained) steps -- I am out of breath just writing about it! In my younger days (read as more fit), the trek up the steps to the top of the Arc de Triomphe in Paris, was nearly the death of me (or it seemed so at the time) and it was only 284 steps! 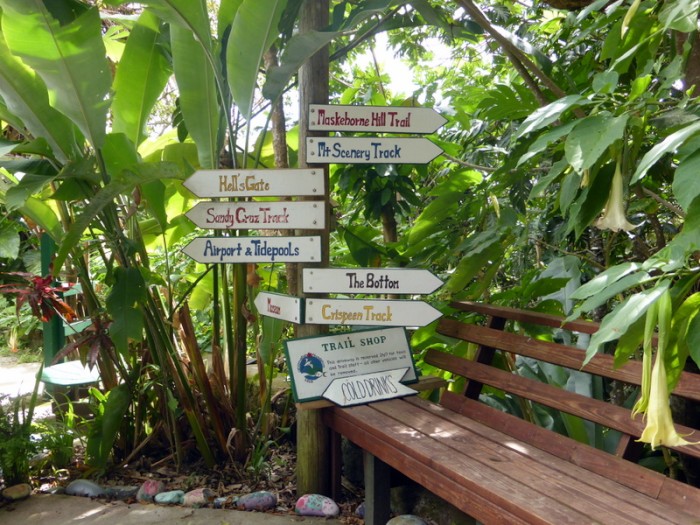 I cannot confirm this personally, but I am told the snorkeling on Saba is fabulous and the diving is stupendous! At one time the diving here was considered the best in the Caribbean, but Saba has enacted laws forbidding independent diving and that has been a deterrent for many divers. Not so much for us though, we are definitely going to head back to this beautiful island and do some snorkeling and diving here -- but we will probably leave Smart Move in St. Martin and take the ferry over and stay on land. 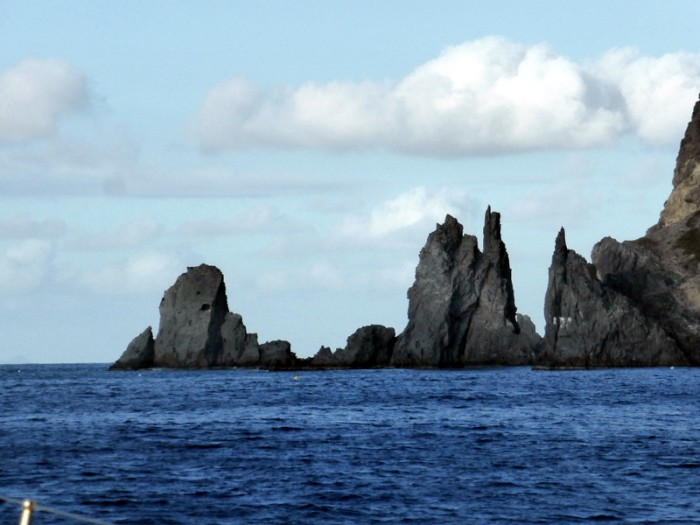 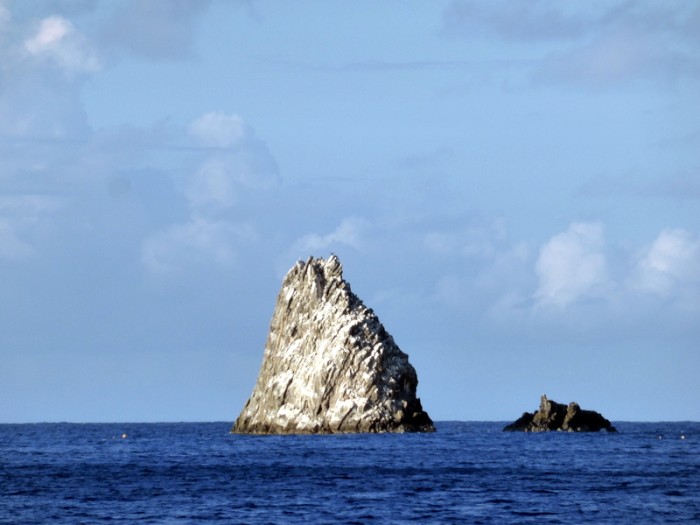 Although, if Barry has his way, we will fly from St. Martin. Google 'flying into Saba' and you will find A LOT of videos of planes flying into Saba. The Saba airport was another project that engineers said could not be done. The ever enterprising Sabans, not to be dissuaded from this endeavor, called in Remy de Haenen (a pilot from St. Barts) to look over the site. He thought their only flat-topped rock had possibilities, so the industrious Sabans got to work flattening the area and filling in the holes as much as possible. Remy was, in fact, able to land and proved that an airport here was, in fact, very feasible. Looking down on the airport it reminded me more of an aircraft carrier than an airport! 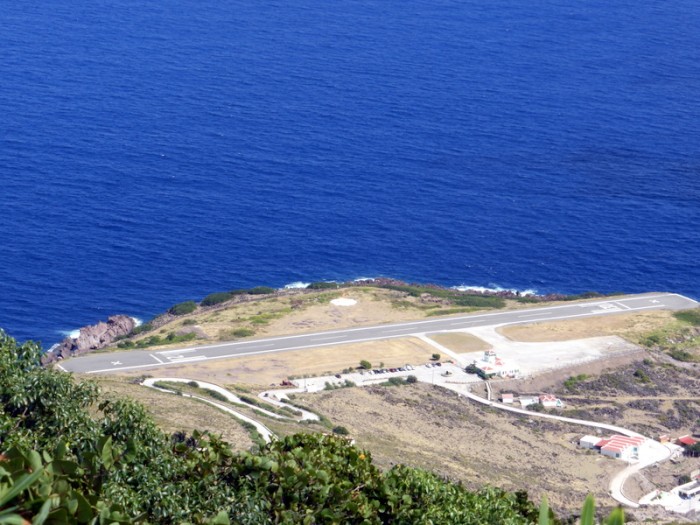 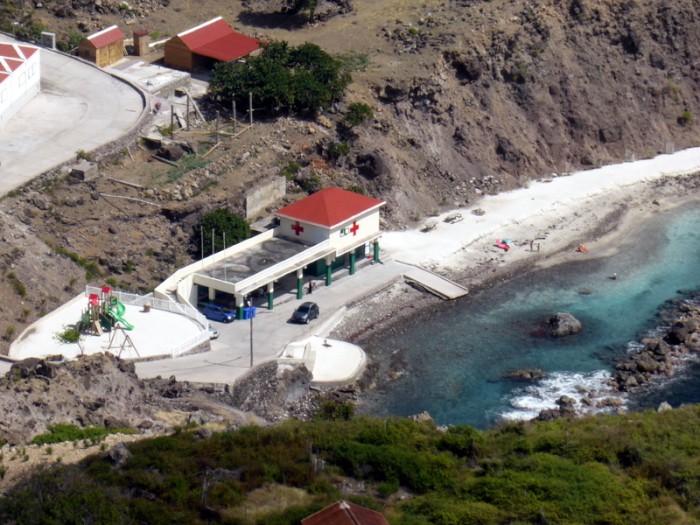 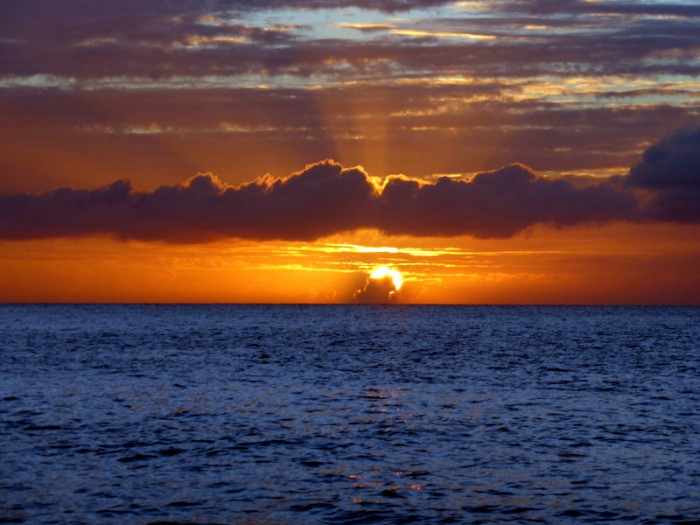