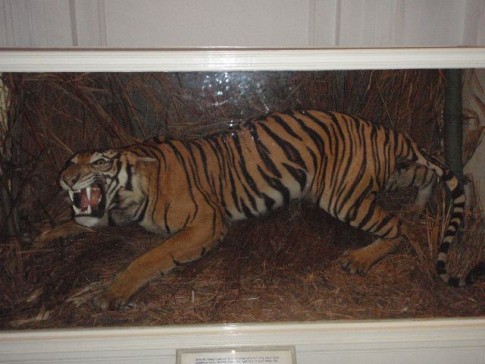 Unfortunately the Sultan also loves to shoot his tigers, one of a dozen preserved in his museum.
Added 10 December 2008