A week or so ago we're on the south coast of the imposing volcanic island of Kolombangara, a Japanese stronghold in WW II. We stumble along the jungle path behind our guides, Joseph and Rina Billy, while their little barefoot daughters skit along ahead of us over rocks, ruts, roots, holes, and all the stuff that palm trees chuck onto the path as well. Our destination is the remains of an underground Japanese tunnel complex that includes a hospital. As we walk deeper into the bush (what we'd call jungle) Joseph waves his arm, points to a hole in the hill and says, "tunnels everywhere." His father-in-law, the kastom land owner, has discovered many of the tunnels in just the last 10 years. 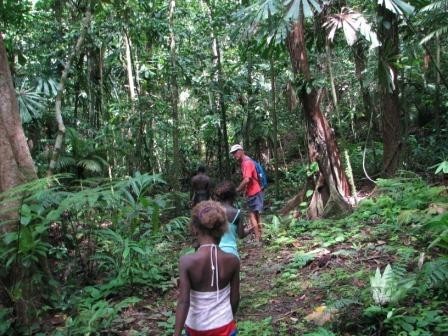 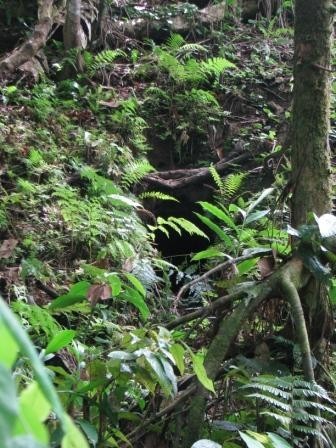 The farther we go, I try to imagine the enormous effort it must have been to get wounded soldiers this deep into the jungle and into one of those holes. There are petrified jeep skeletons and grenade innards along the path. Maybe they had a road back then...

When he picked us up at Asylum earlier, Rina Billy told us to bring a torch, but when it's time to enter the first tunnel we realize our short-term memory failure and groan, "We forgot!" His distress is palpable because he knows how dark those tunnels are and it's too far to go back for light. Joseph bangs on his old torch with ancient batteries that barely make the light of a flickering birthday candle. Never mind. We'll try anyway. 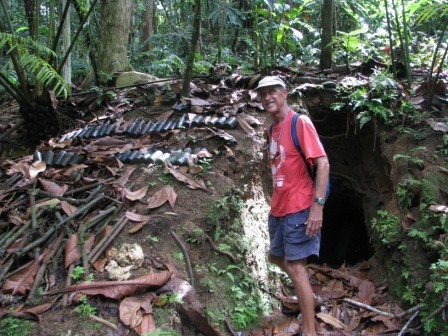 It's VERY dark, VERY creepy, and VERY muddy in there. Jim and I wriggle in behind Rina, scrunched down in the narrow passage designed for much shorter people. The only light we have comes from the occasional flash on the camera. You quite literally can't see a thing down there, and while he and I hang back, Rina urges Jim a little farther forward, then to the left, then to the right, so he can snap a few shots, with the hope that we'll be able to see something of it in photos, if not in person. You can see what we saw: 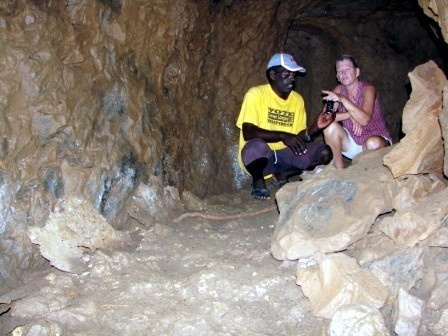 Katie and Rina Billy wait while Jim goes farther into the tunnel. Rina tries to shed a little light with his tiny cell phone but the only thing that works for a flash is the flash of the camera. 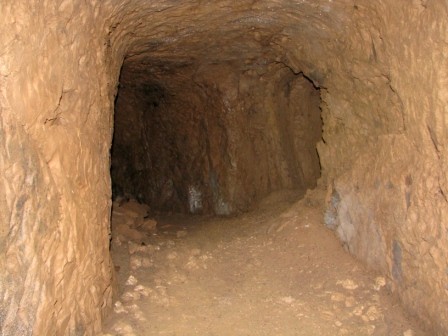 Farther in the tunnel splits. Rina says there should be a machine gun on the right and some hospital equipment on the left. 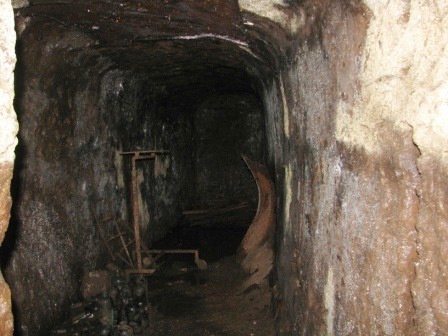 An old rusty bedframe and bottles... saki or medicine? 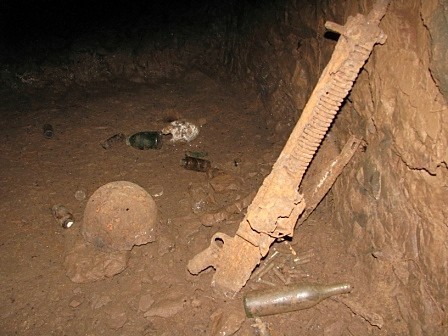 When you leave behind your helmet and gun did you leave in a hurry? 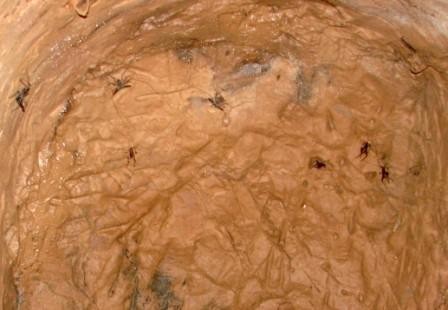 It was only after Jim was out and we were looking at the photos that we saw all those creepy-crawlies on the tunnel wall.