If you were to read my daily log book, you'd see a lot of entries that begin, "Writing from behind..." where I'm struggling to remember and record what we did that day. I figured the next blog post would have to start the same way because I'm so far behind with it. But today I decided to just jump right to the present and deal with the past in the future.

So here it is, the 4th of July in the Philippines (where we've been since February) and I'm determined to get this done before the 4th is over in the States. Fortunately the date line will help me out...

Had Subic still been the massive US naval base that it was up until 1992, there would have been plenty of 4th of July activities to pick from, and I'm sure the US ship that's in port now will be having some kind of celebration, but it was pretty clear to us and our friends on the other American boat on the dock, Before, that we were going to have to make our own 4th fun.

Jim hoisted all of our Stars and Stripes and Richard from Before, a former Marine, flew his Marine Corps colors. 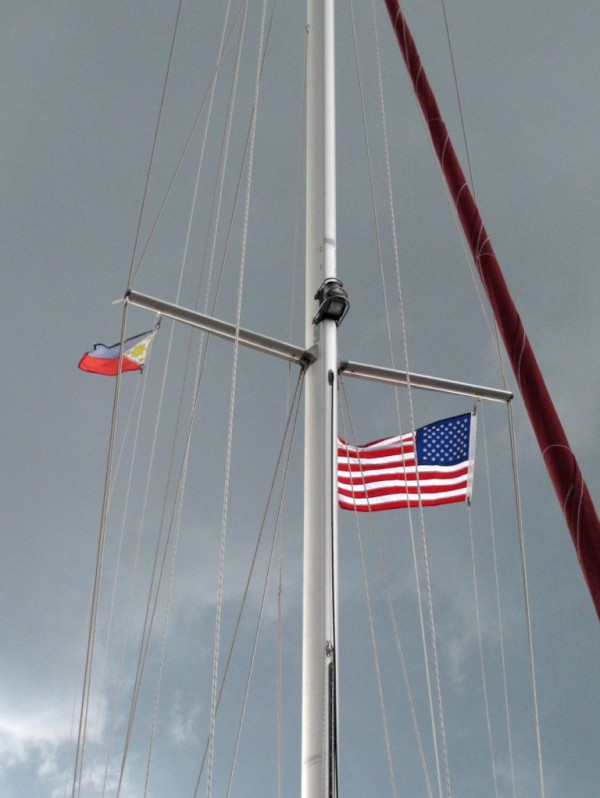 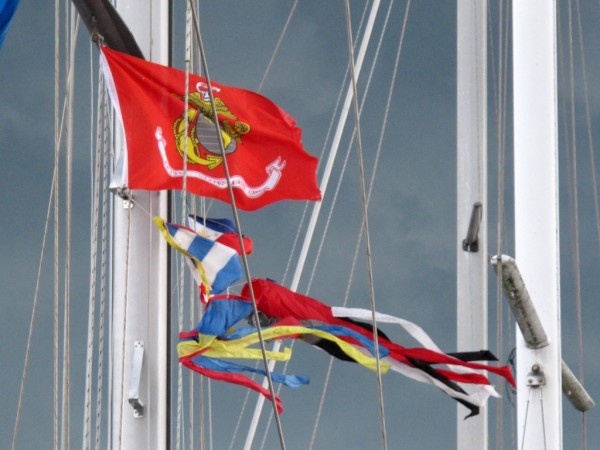 And we invited all the Filipino boat boys along our dock at the Subic Bay Yacht Club, where both boats are berthed, for a BBQ hot dog lunch.

Lee (from Before) and I visited all the boats on the long dock where there are always hives of activity--scrubbing, polishing, sanding, scraping, building, repairing, painting, and bottom-cleaning--by the local workers. We explained that today was our 4th of July Independence Day holiday and invited them to join us for a hotdog cookout at Asylum. She and I then hustled (as in walked!) to the grocery store to buy the fixin's, which Jim grilled on the back deck and we served from Asylum's side deck. 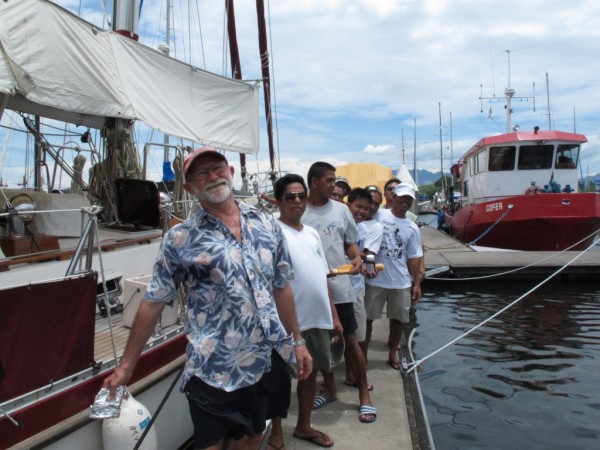 Richard from Before welcomes the guests 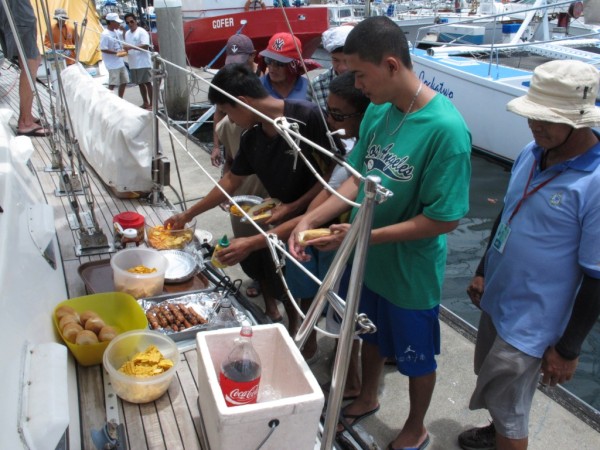 
Everybody on the dock showed up, including the Marina staff and a lovely man on a boat that had just arrived from Hong Kong who came bearing a bottle of celebratory champagne. Even Kazeko, the Before's miniature schnauzer, joined us to make sure there were no leftovers. 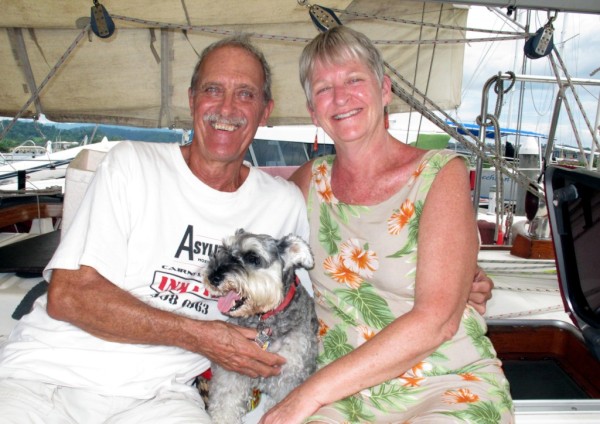 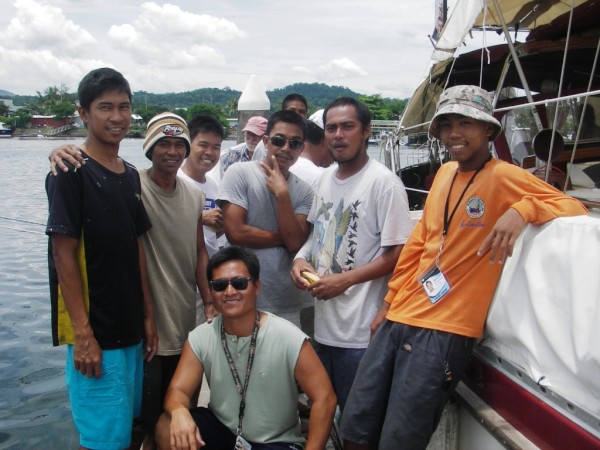