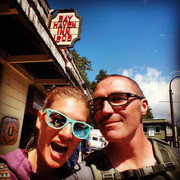 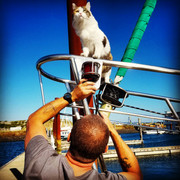 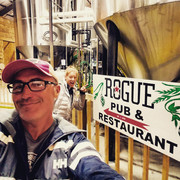 We're sitting in Coos Bay (actually, the adjacent city of Charlston, where the marina is). We were able to meet up with my friends Mark and Jeff, who both showed us around town a bit. Aaron and Christine had to head back home, so it's just Chelsea, Monkey, and I from here on out. Now we wait out heavy winds before we can continue onto Crescent City in a few days. California, here we come!!!
More
Comments
Newer Older
Contents