So much has happened in one week! First, let's deal with the critter tales. As we were returning to Kairos in the harbor after spending an evening at the Bottom Time Bar and Grill, while climbing aboard from the dinghy, a giant, nasty, armor-plated, creepy, dive-bombing 2" cockroach flew onto Abbey's back. Being the protective mother that I am, I dutifully screamed and swatted rescuing her from the attack. But, alas, that was not the last of the visitations. Later that night, we spied two of the contemptuous creatures aboard in the salon and forward cabin. This was a great distress to me. Clint said, "Honey, it's not a big deal. We had lots of cockroaches every year in Vegas. They don't hurt you." I replied, "Listen, it is a big deal! In Vegas we lived in a 3000 sq. ft. house, and if I saw a roach I could launch a shoe at it across a 20 ft. living room. This boat is like being in a coffin and having corpse eating insects crawling all over my body!" So, the next morning, to the store for bug bombs and 6 hours of fumigating.
As soon as that was cleared up, the next trial began. At about 3 am Clint wakes me up saying, "Honey, what's that noise?" Not happy at all about him laying there waking me up to ask, I get out of bed with the flash light and go exploring in the galley where the rattling is coming from. Just as I move the dishes on the drying rack and open one of the cupboards, out jumps a big ole hairy rat! I screamed my head off! Clint's yelling at me, "Why do you have to do that! Stop screaming!" I told him, "I am a woman! That's what we do! We scream when we see rats! It's a fact of life! Get over it!" This was getting overwhelming. First, creepy bugs, now rodents! I can't live on a boat teaming with critters! All we had to deal with the problem was two small mouse traps, so we set them for the night.
The next day we set sail for Ulong Island, one of the many out past the Rock Island group here in Palau. We had 4 beautiful days on the hook, swimming, snorkeling, diving, exploring, barb-b-quing on the beach, hanging out with other cruisers.

The first night the traps went off 3 times with no carcass to show. We talked to the other cruisers who told us about the no fail sticky pads to catch the rats. The next night, Voila! Mr. Hairy stuck and thrown to Davey Jones locker!
Now that we were free from pests, I could relax a bit and enjoy myself. We had a great dive in Ulong Channel. Down for 55 min. at about 50-60 ft. Saw over 20 sharks; white tip, greys, black tip, huge grouper, giant clams, big patch of lettuce coral, nice fans and hard and soft corals, turtles, just an all out amazingly wonderful dive. 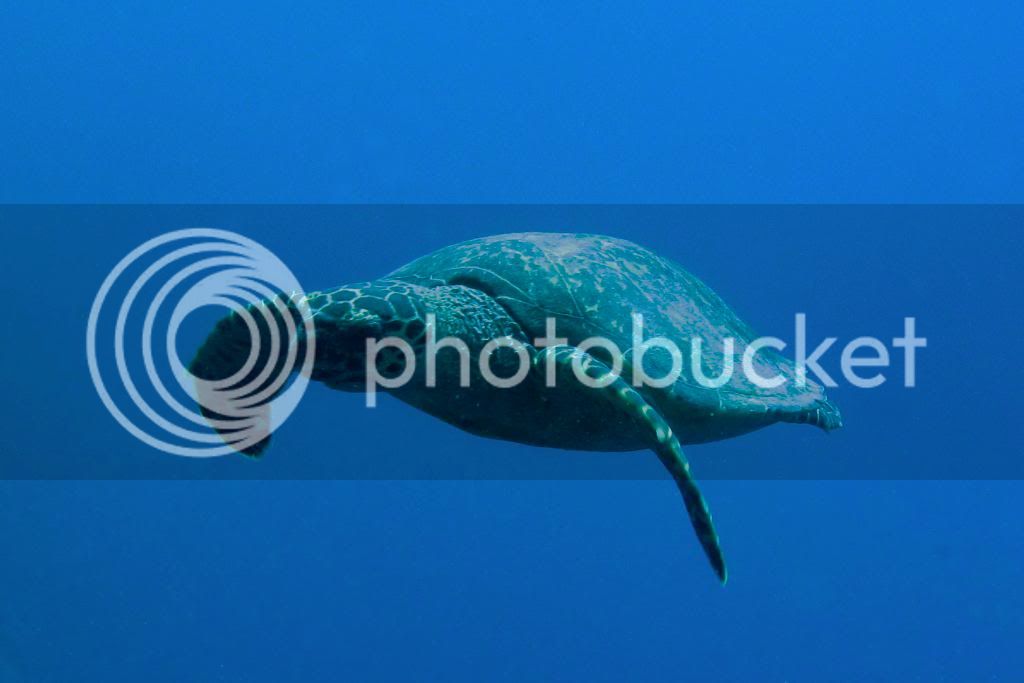 We sailed for several hours; all the rigging is working well. The engine is good.
Our auto helm is not working and is the real bummer right now. The HF radio doesn't have all the bugs worked out of it. The frig is still on the fritz. This is all a bit discouraging because we really want to move out of here toward the Philippines by Friday. Oh yeah, we ripped a 4 in hole in the seam of the port aft pontoon of our AB dinghy. Big bummer, been kayaking too and fro getting wet. The woa's of cruising!
Clint has had a problem with allergic reactions lately. While out at the Ulong anchorage one evening he had a bad acute reaction with angioadema full body rash, burning hands and feet. We started with 50mg oral benadryl when the symptoms first started, and then some oral prednisone, then when he started the facial swelling and difficulty breathing I broke out the epinephrine. I didn't actually give him the epi because after monitoring him for 2 hours and giving him some IM benadryl, we got it under control. We've figured it isn't an allergy to shellfish cause he didn't have any, it's not wheat cause he is ok with that, it may be nuts or it could be the additives in the chocolate pudding that he ate just before that. So that's exciting.
Well, we will be working on these projects for the next few days. We'll let you know if we get underway here. Thanks for your replies. It's been great hearing from you all. Love, Janet
More
Comments
Newer Older
Contents