23 May 2019 | Panama City
Graham Openshaw
The Panama Canal crossing was quite an event but it all went pretty smoothly for us. I will try and summarize it here. There is a good deal of administration before you can actually make the passage. The boat has to be measured and inspected and the equipment checked. They and a couple of crocodilhref't like people breaking down in the locks. Then you have to rent large fenders and special, stronger, lines to use in the locks. We used an agent for all of this and it went very smoothly. We also had to have four line handlers and an advisor from the Canal Authority on board so it got pretty cosy.

Our school understanding of the Panama isthmus is that it connects North and South America so it must run north-south and the canal east to west. In fact there is a really big kick in the isthmus and the canal runs from the northwest to the southeast which is completely confusing, at least it confused us. Another misconception is that the canal is a continuous entity. In fact it consists of two sets of three locks with the very large Gatun Lake in the middle. 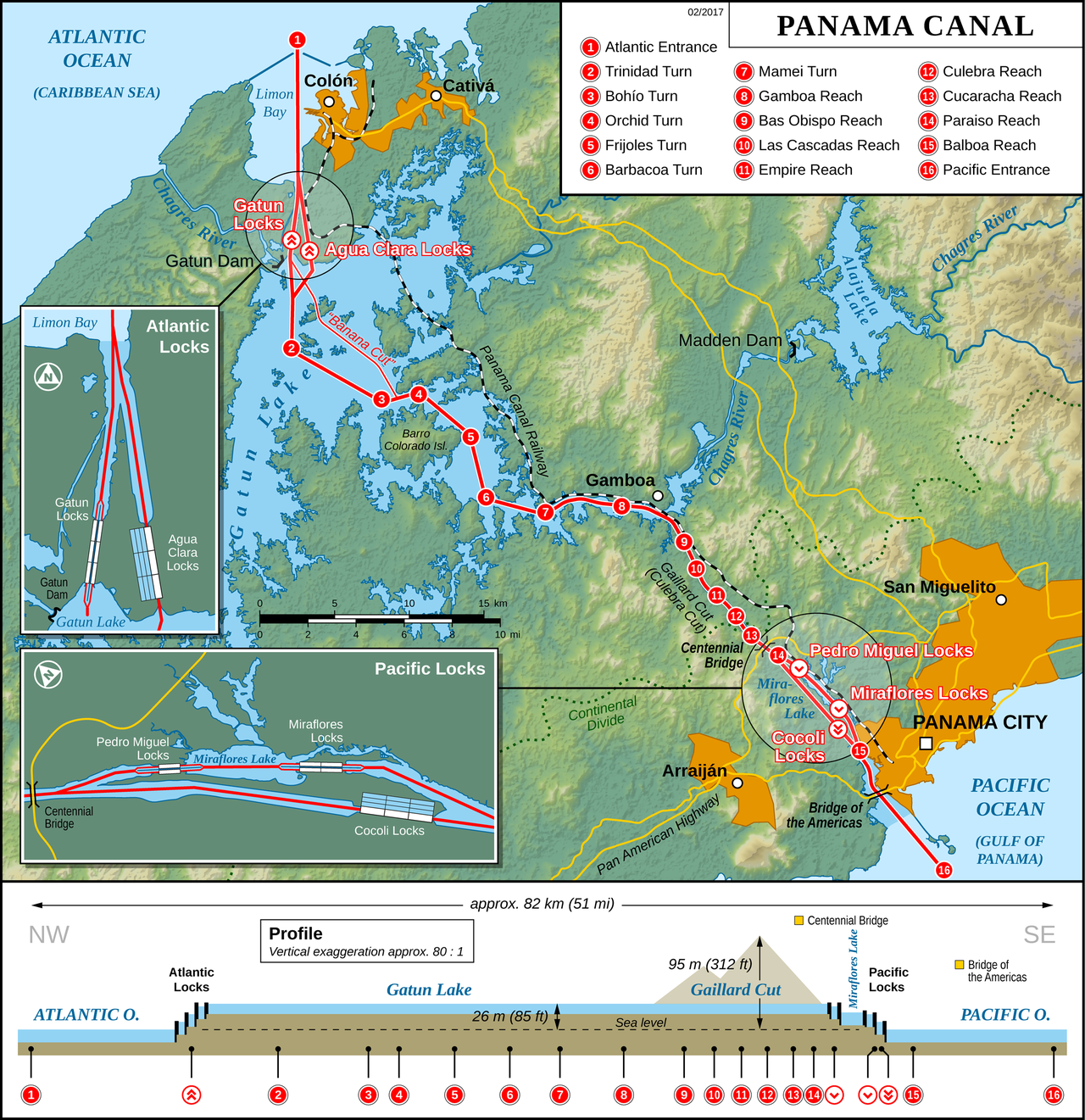 Normally we go through the locks rafted up to one or two other sailing boats, in this case we went through rafted with a single, larger, boat. We went through the first three locks up to the lake at night. On the way up you always go behind a cargo vessel on the way down you go ahead of them. I think it's to avoid too much turbulence on the smaller boats (us) as the water enters the lock. We had a pretty easy run up the locks because we were rafted up to the other sailboat, who was rafted up themselves to a small cruise ship, which was tied to the wall. This meant we didn't have to handle any lines on the way up. We moored up in the lake for the night and set off across the lake early in the morning passing a lot of large ship traffic. Gatun Lake is actually an amazing nature reserve. The canal authority does not allow any recreation or development around the lake so it is a huge wilderness area. We saw lots of birds and a couple of crocodiles. Going down needed more care as the two of us were tied into the center of the lock with four lines that needed to be slowly slackened as the water level drops. Too fast and the raft drifts towards a wall, too slow and it risks jamming in a cleat - NOT good.... 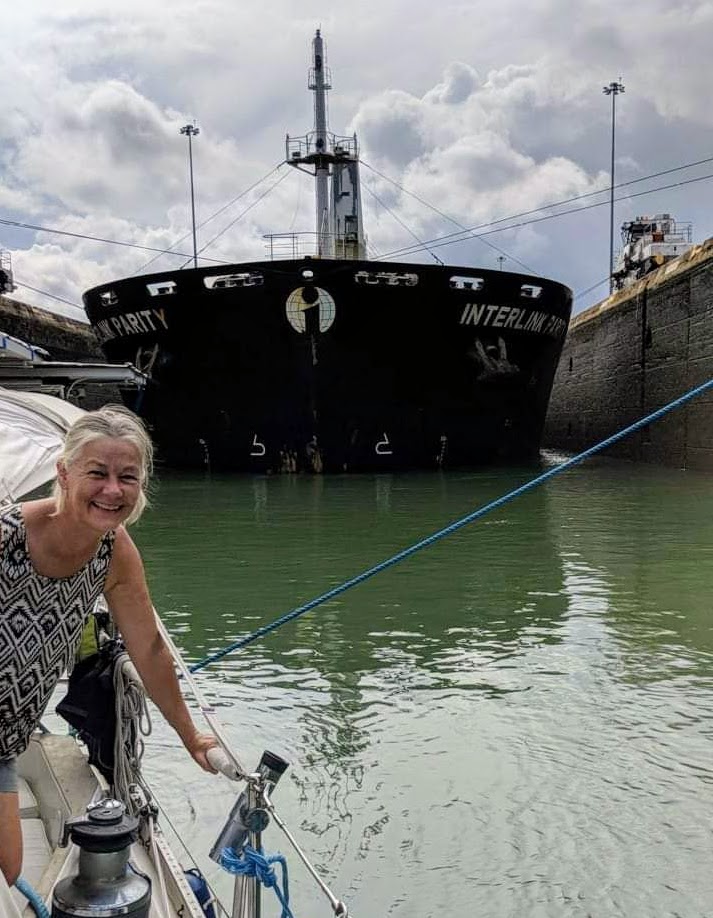 Anyway it all went fine and it was quite an experience as the last lock gate opened to the Pacific. It was actually a strange feeling, both momentous and anticlimactic. 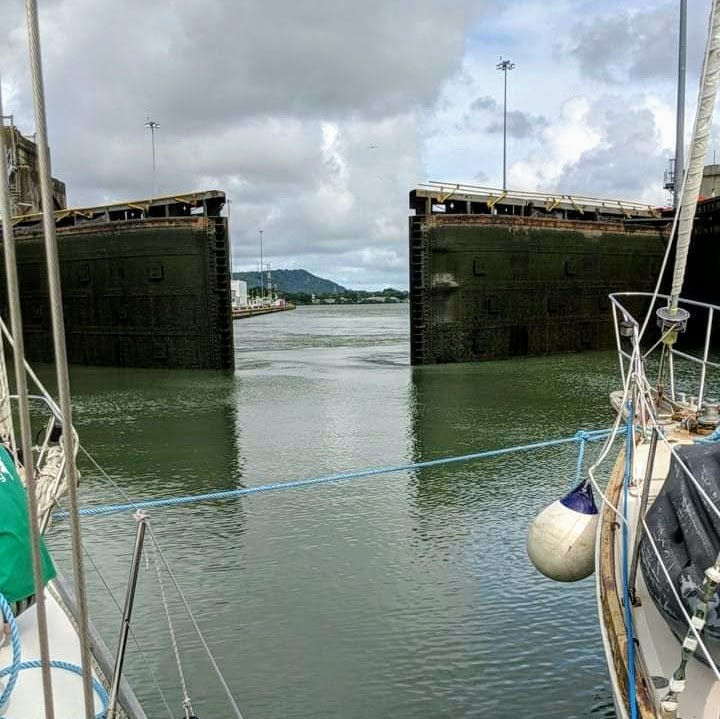 Janaki did a totally spectacular job, doing all the very tricky boat handling AND catering for the mob onboard (I needed to be on deck making sure it all stayed safe - that's my story anyway.....).

We are now anchored in the bay in front of Panama City. This is not a great spot. The water is filthy and there is something of a security risk but we are glad the canal is behind us and we can focus on the remaining tasks and provisioning before we set off towards the Galapagos islands as soon as we possibly can.
Comments
Newer Older
Contents