12 September 2013 | Musket Cove, Malolo Lai Lai, Fiji
The next day we awoke and went to the limestone caves. These are a series of caves that have eroded within the limestone island. After climbing down a rusty ladder that took us into the first outer cave, we put on our snorkel gear and jumped into the first pool and swam around a bit. Then a local guy, named Mesa, helped guide us into the next cave chamber which is only accessed through a very small hole (refer to pic). Once through this hole, we entered a pitch black inner cave that required a torch to see with. Then we swam farther into the furthest back cave chamber where our guide told us about the water type and fish life that populate the pools. After some yelling to test the profound echo ability, we headed back out. We all felt the cave experience was wonderful. 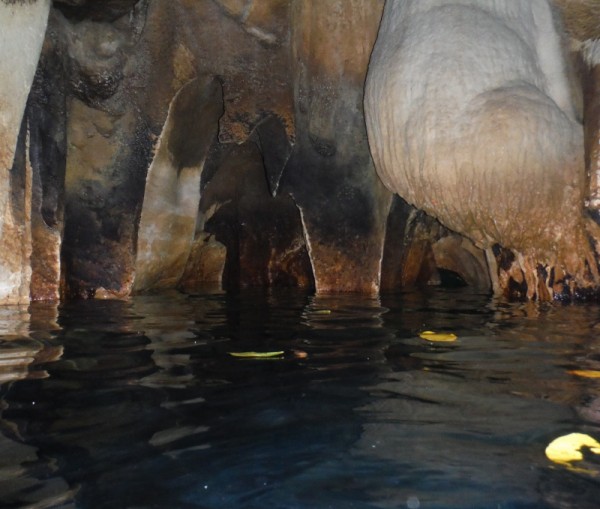 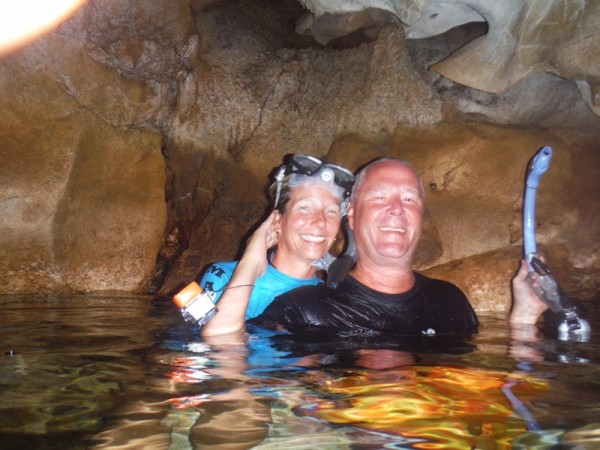 Then, back in the dingy, Monica suggested we should climb to the top of Yasawa Island. We went ashore and after several more Monica greetings, we asked for directions to the trail that would take us to the top. The little girl that gave us directions was more than happy to guide us to the trail but we were all in the mood to explore by ourselves, so we kindly refused her guidance. We didn't find the trailhead, thus John blazed one up the hill until we intersected with the trail we should have been on. NOTE to future visitors: The trail starts just behind the water cistern between the two larger school buildings. Just climb through the palm trees and head up the ridge to your right and it will come into view. 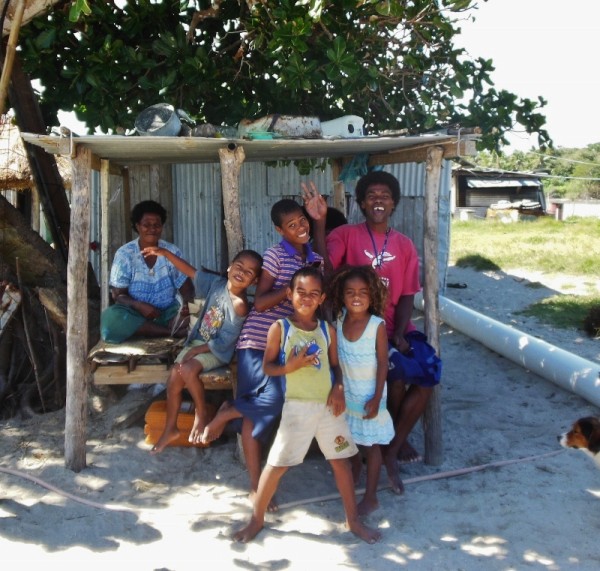 Once we climbed to the top, we were rewarded with more wonderful 360 degree views of the lagoons, reefs and the ocean. After the hike back down, the villagers greeted us with fresh coconuts to drink and we chatted for a while and drank our fill. They asked if we wanted some fresh lobsters and John said "all you can get." He figured they would bring 3-4 to his boat, but at 0645 the next morning, he was greeted with a boat waking him with 12 Lobsters and 7 Slipper Lobsters! 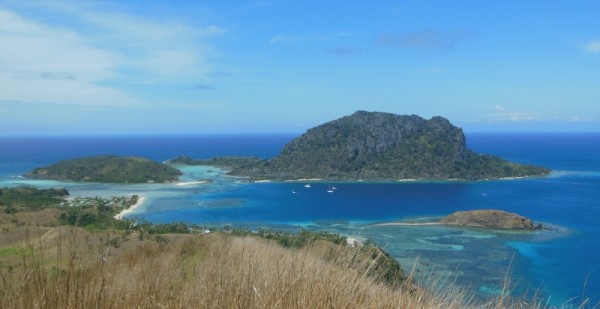 We headed ashore to a deserted beach and cleaned up the lobsters that were bought from the islander, in preparation for a Mega Lobster Feast aboard Red Sky that night YUMMY! After a night of consuming half the lobster haul and copious amounts of libations, we headed back to Tanga that night. We relaxed the whole next day to recover from just too many laughs and good times. 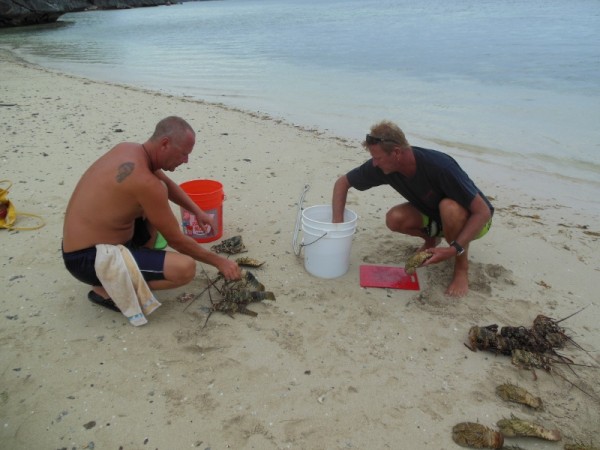 After a day of rest, the winds came up that night, and with some wind acceleration from the nearby mountain peaks, it made sleeping tenuous. The holding in the lagoon is good but there are some bombies (coral formations) that can capture your chain if you swing too much. Both our boats were lucky and we raised the hook the next day to head back to the more protected anchorage of Blue Lagoon.

After we got the hooks set at Blue Lagoon, it was off to the beach again for more Bocce Ball. Then John cooked up more of the lobster with some prawns for an awesome dinner. Sheesh, who knew cruisers ate so well!
The next two days were rainy, grey and very windy. We pretty much just stayed aboard Tanga and watched movies and TV shows. After waiting those days for the winds to lift so we could make our way a little further north to another anchorage, we decided the laundry and food situation aboard Tanga was becoming more than just an inconvenience, so we decided to start making our way south towards Musket Cove again.

The first day, we headed back to the island of Waya and settled into a nice protected anchorage on the northern tip. Right when we are entering the very large bay, I'm standing on the bow of the boat, watching out for coral heads and reefs; Tom yells out to me that he has a fish on the line. After reeling the fish in, we realize that Tom caught a Spanish Mackerel !! We enjoyed a great dinner of deep fried Mackerel. The meat was very tender and very tasty. Then the next day, we were intending on heading to the southern end of Waya for another overnighter, but as we rounded the corner, we saw that the anchorage gave no protection from the southerly swell, thus the decision was made to head back to the main island and anchorage in Saweni Bay. It took us another 5hrs to get there, but the swells were small, the wind was very light, the sun was shining bright, so it was a nice day to motor.

The next morning, Monica and LuLu went off to replenish stores; John went ashore to replace his battery load testing bar, while Tom fixed a hole in the dink and repaired a failing bilge pump. Once the girls returned, Monica put all the food away while the guys finished a project on Red Sky. Then Tanga made the 4hr run to Musket Cove and settled into a nice cold beer and a well-deserved rest from all that relaxing.

It has been an amazing past couple of weeks. We really feel like we have seen and experienced Fiji. It does feel that the farther north we went, the more amazing and beautiful the islands were. It has also helped us realize that we were running around the world way to fast, and that a slower pace is much better experience. We hope to have another great weather window so that we can head north again, before we have to start thinking of the up and coming cyclone season.

Please check out all the new pictures in the gallery.