26 July 2014 | Savusavu, Vanua Levu Island, Fiji
After spending several days in Nananu-i-ra, we zigged and zagged our way around several reefs until we finally popped out on the eastern side of Vitu Levu Island. We had decided to visit a few islands on the eastern side of Fiji, in the island group called Lomaiviti. The first island stop was at Naigani Island. The anchorage for this island is completely exposed, however, in settled conditions such as we had; it is a beautiful and great place to spend the night. We dropped anchor here late in the afternoon and immediately went to shore for a swim and snorkel. We saw all the usual fish; the only difference was that all the fish were much bigger in size than we see near the populated islands. 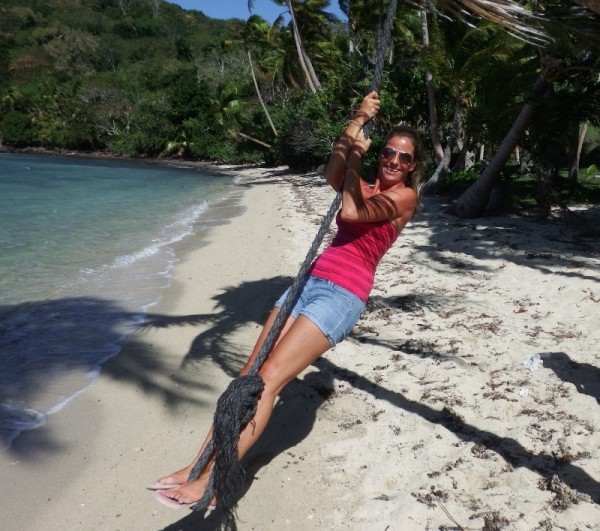 The next morning, we left this peaceful and deserted island and headed towards Makogai Island. This island has some very interesting history to it. Back in 1911, Makogai Island became a Leprosy Island for all the South Pacific. During the 58 years the hospital was open, there were around 4000 patients that landed here and it is said that over 1000 people are buried in the graveyard due to the disease. Patients came from the surrounding islands such as the Solomon's, Cooks, Samoa, Tonga, and Gilbert Islands. Separate villages for the different ethnic groups had to be constructed to promote "peace and order" and women were kept separate from the men.

Today, Makogai Island is operated by the Fishery Department and is a Mariculture Centre. The workers that live on the island, are cultivating and growing giant clams. There is an onshore breeding area for the clams and once they are deemed big enough, the clams are transported to different reef areas around Fiji.

We anchored in Dalice Bay the first day, took a tour of the clam area, village and the remnants of the old leprosy town. The snorkeling was pretty good and we did spot a few clams in the area. The second day, we moved a few miles to the next bay which was deserted and we had all to ourselves. The water was shallower which brought out the beautiful blue/green color of the water. 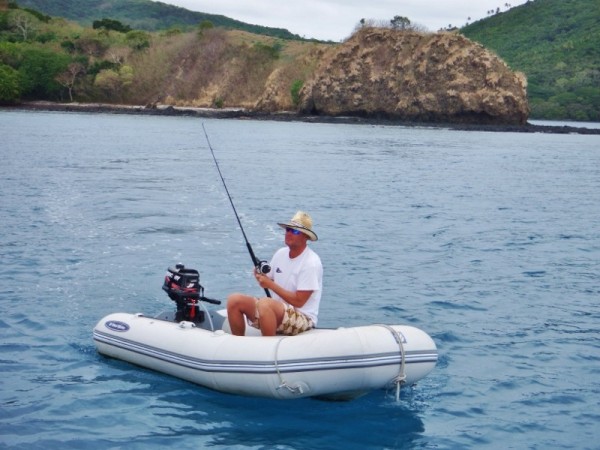 Once the winds died down and we had a good weather window, we made the trip across the Bligh water to Vanua Levu Island. Since we arrived at the island in the late afternoon, we found a place just to drop anchor and stay for the night. First thing the following morning, we headed for the town of Savusavu and picked up a mooring ball at the Coprashed Marina.

We spent all day Sunday and Monday doing our provisioning, laundry and filling up our water and fuel tanks. First thing Tuesday morning, we cleared out of the country with Customs (which took about an hour), had some breakfast, then finally started the engine up and left our beloved Fiji. We are currently on our way to the next closest country called Futuna. It is about a 240 mile trip and should take us 2 days to get there.

Here are the GPS waypoints for the anchorages we used on both Naingani and Makogai Islands: 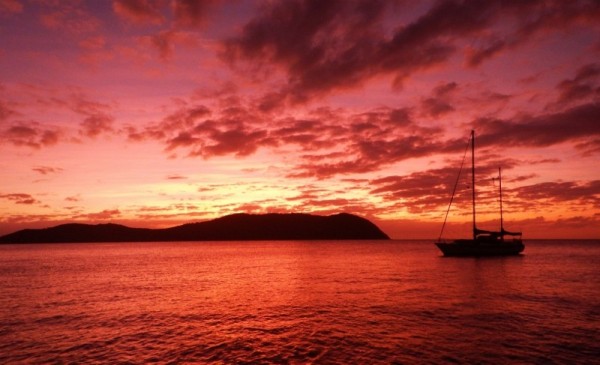