19 September 2014 | Musket Cove, Malolo Lai Lai, Fiji
The yearly Fiji Regatta Week wrapped up about 1 week ago and we are finally recovered from all the spectacular activities! The opening evening began with free drinks during cocktail hour, followed by singing each country's national athem, which, I gotta say, America's national athem is always the loudest! After that, is was buffet dinner, and then many hours of dancing. 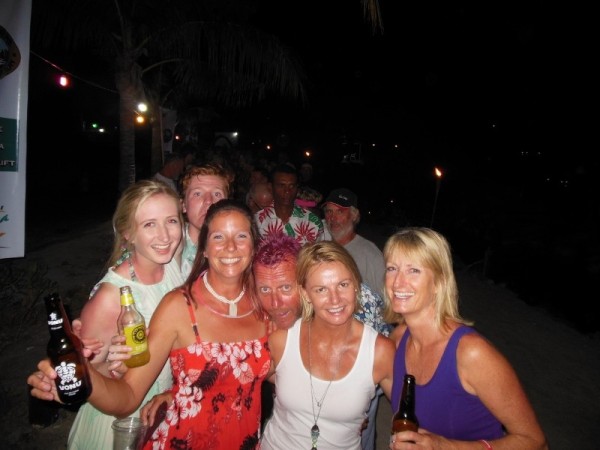 The following day, Tom managed to get out of bed before 6am and squeezed in a small surf session before the "Pirates Day!" activities. Pirates Day is suppose to be a race to Bounty Island, however, what it really is, is a water balloon fight, between the boats. Some people have sling shots, some use water hoses, and most use only water balloons. Boats are zigging and zagging all around, getting really close to each other in order to land the water balloons. Then, eventually, everyone arrives at Bounty Island, for some more dancing, food, and drinking. 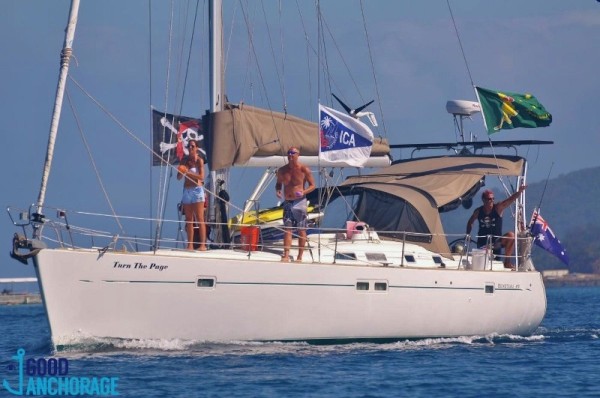 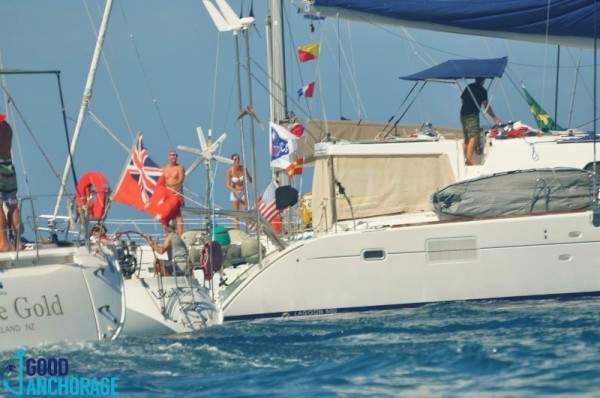 The hobie cat races are always a great event to participate in. The Tanga crew, being the experienced sailors we are, did a pathetic sailing job last year; we didn't make it past our first race. This year, however, we were determined to show off our sailing skills! After a running jump onto the hobie cat, with me managing the jib sheets and Tom working the mainsail and rudder, we sailed along the course, doing perfect tacks, and finishing our heat in first place! The following day, was round two of the hobie cat race. The winds were strong for every heat, except for when we raced. Again, a running jump onto the hobie cat, me slamming my hip on a side bar as I landed, me telling Tom that I hurt my hip, Tom responding "suck it up and focus", then the winds died completely. It was a very slow race around the course, with no wind, and unfortunately, we lost. Next year, our goal is to make it to round 3 of the race. 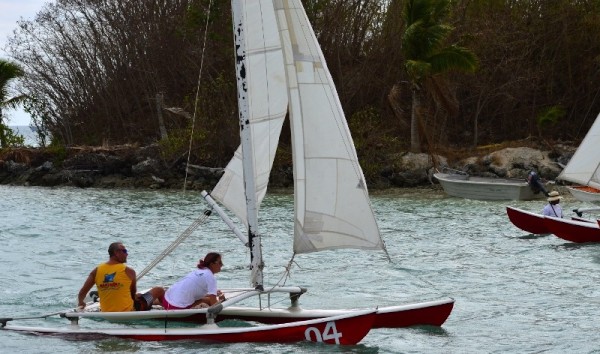 One of the last nights of regatta week, is a Letter Party. Last year the letter party was "T", Tom was Tinker Bell and I was Tropical Girl. This year, the letter was "M". Tom and John went as Mario Brothers while Leanne and I went as Monsters. There is always a judging of the best costume, and the boys made it to the finals. A guy dressed up as Mrs Doubtfire, along with looking and acting the part, easily took first place. Again, this night was followed by a buffet dinner and lots of dancing. 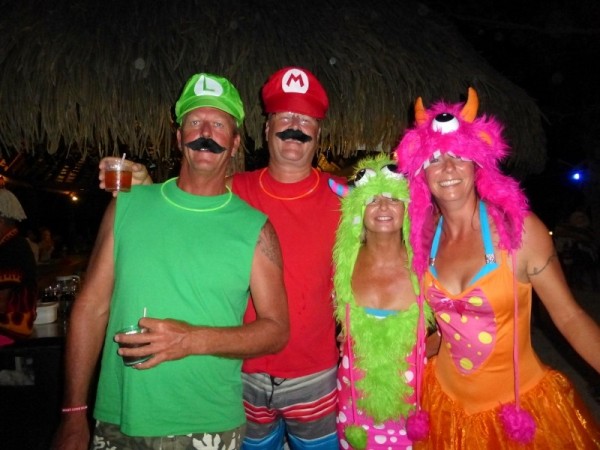 Then there was the Around Malolo Race. This is as serious of a race as is able to be had in Fiji. Tom crewed, as the port grinder, on a big catamaran, and his boat finished 3rd in class. 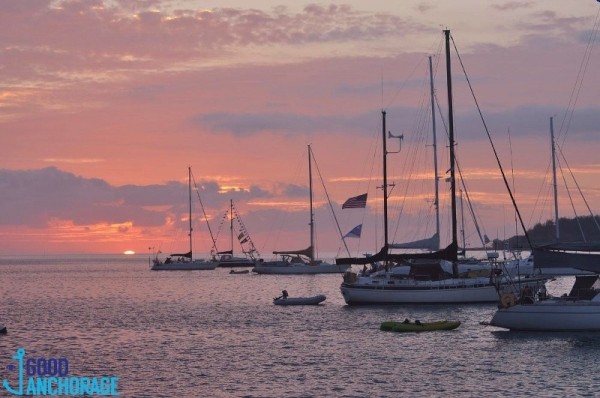 With all that, there are many other activities that happen during Regatta week. The crew at Musket Cove did a great job in organizing and planning this years Regatta. It was a blast! Now, it is back to normal living again.

We are back in Port Denarau again for a few days, getting fuel, water, provisions and laundry done. Then its back to surfing and playing in the water, with a potential trip north to swim with the giant mantas.