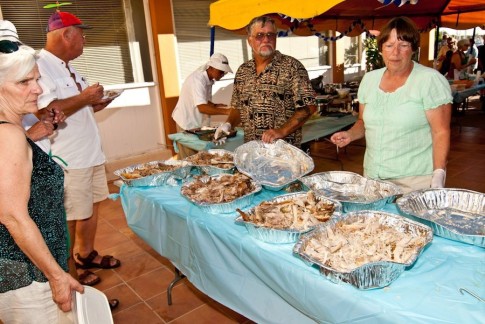 Part of the 21 Turkeys that were cooked by Club Cruceros. That's Commodore Don in the propeller beanie.
Added 28 November 2010