Another motoring day, starting at silly o'clock in the morning, with the Irish boat Colimba for company on the journey north. Pretty uneventful trip but we were glad to make it by lunchtime as the wind duly got up in the afternoon and early evening to nearly 30 knots in the Cascais anchorage. It was a bit too lively to dinghy ashore - and we were tired from the early start - so exploring Cascais and beyond will have to wait until tomorrow. 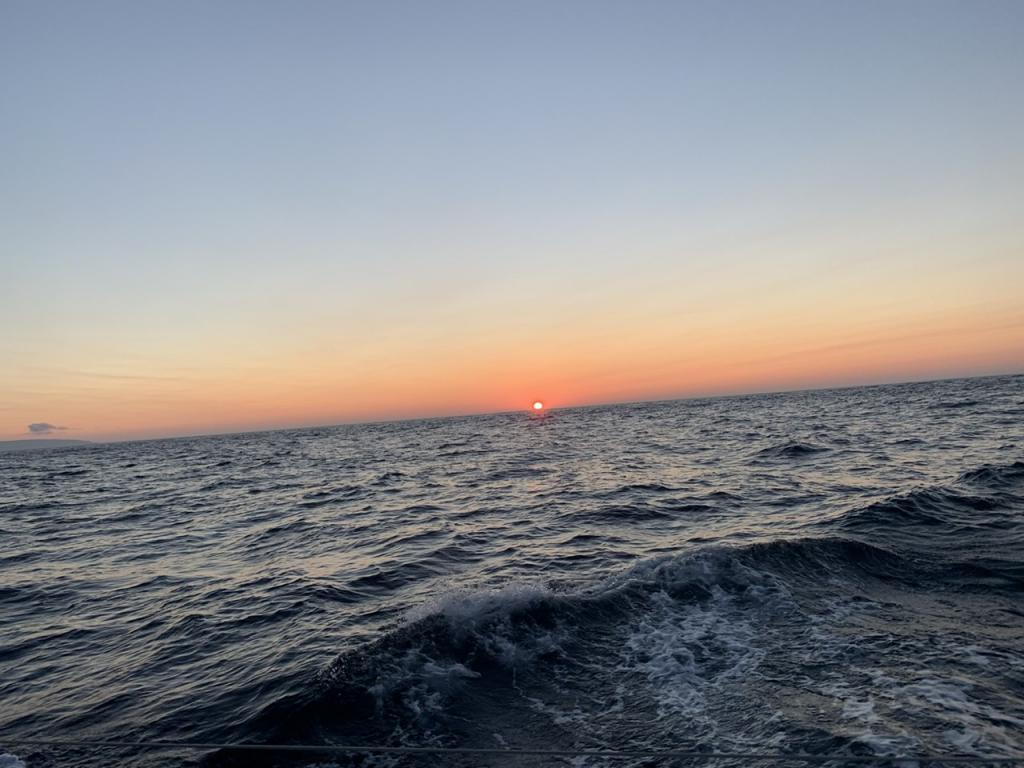 We all got up at dawn to make the 60-mile trip from Sagres to Sines around Cape St Vincent. Several boats simultaneously upped their anchors and were off to make the most of a short window of not so strong winds to journey north. We left around 6.45 am, after giving Buzz a quick walk ashore and packing up the dinghy, and were in Sines at 6.15pm. The marina at Sines is friendly, inexpensive and the gateway to a lovely Portuguese small town. A couple of nights enabled us to do some washing eat some more sardines and meet a couple of Irish sailors who agreed to sail in company, leaving at 2am, to get to Cascais in another short break in the northerly trades.
Comments Sailors for hundreds of years have been stuck in exactly the same anchorage as us waiting for the right wind to take them around Cape St Vincent. Until the 15th century, this was the "end of the world", the point where Western Europe disappeared into the Atlantic. We are planning to leave early tomorrow morning to give us time to get the 60-odd miles to Sines before dark. The wind has been strong from the north today - up to 25 knots plus in the anchorage and few boats have been sailing past in either direction, unlike yesterday when there was a virtual fleet of sailing boats coming around the Cape heading for the fleshpots of the Algarve. Still a quiet day allowed Sarah and Elwyn to try out the dinghy.... 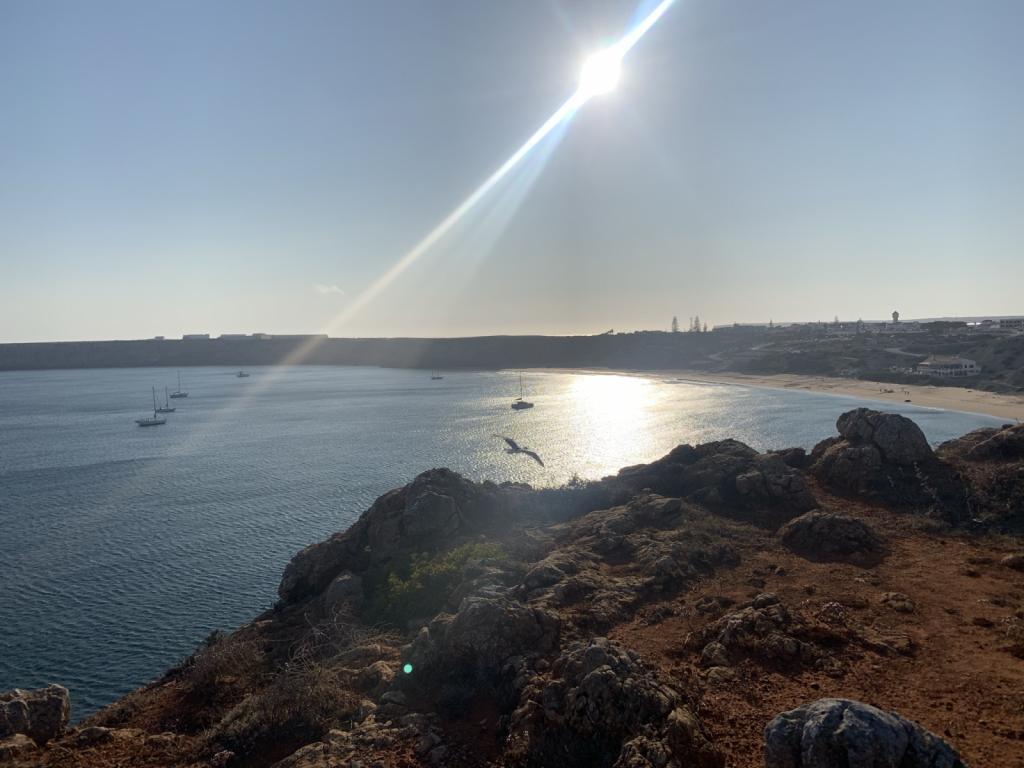 Sagres - waiting for the wind Days spent pouring over weather forecasts saw the predicted gap in the north wind blowing down the Portugese coast gradually disappear. However, there is a small opportunity on Sunday (maybe) so we moved to anchor in Sagres in anticipation. Lively sail from Lagos with a bit of wind, then none as it switched direction and then lots from the north west as predicted. Sailed virtually all the way which was good for Sarah and Elwyn to get a flavour of the boat.
Comments Well, we’re back on our old berth in Lagos marina, waiting for Sarah and Elwyn to join ship tomorrow. First however was another trip to the vet with the grass seed infection swelling up again. This time the vet managed to remove the grass seed from his leg in a minor operation and he is now a bit groggy and feeling very sorry for himself. Hopefully with more antibiotics and anti-inflammatory tablets he will be back to himself in a couple of days.
Comments Arrived back at the Ferragudo anchorage guided by a plume of smoke from somewhere inland. Looks like a wild fire has taken hold in the countryside. Changes in wind direction occasionally blow the smoke our way and it smells organic rather than chemical. I hope firefighters manage to extinguish the blaze as quickly as they can. Will be here for a few days before heading to Lagos to meet Sarah and Elwyn.
Comments
Older
Contents