Boat with no name The refit latest - Topaz Rival has no name. As part of the buffing up of the hull the old painted name on bow and stern have been removed ready for a new design. Topaz is now waiting for her Coppercoat anti-fouling which should be applied next week. The engine bay has been cleaned up ready for the new engine and the hatches and portlights have been removed and sent off to be reglazed and resealed. A new Lofrans Kobra electric windlass has been delivered together with 60 m of 8mm calibrated chain and 30m of 14m Anchorplait rode. The old Simpson Lawrance manual windlass will be making its debut on Ebay shortly with 40m of usable chain. I have also taken the Mantus chain hook and bridle off Knot Telling as it is also 8mm and should work well on Topaz Rival. We didn't think keeping it on the boat for sale would influence the purchase one way or another! 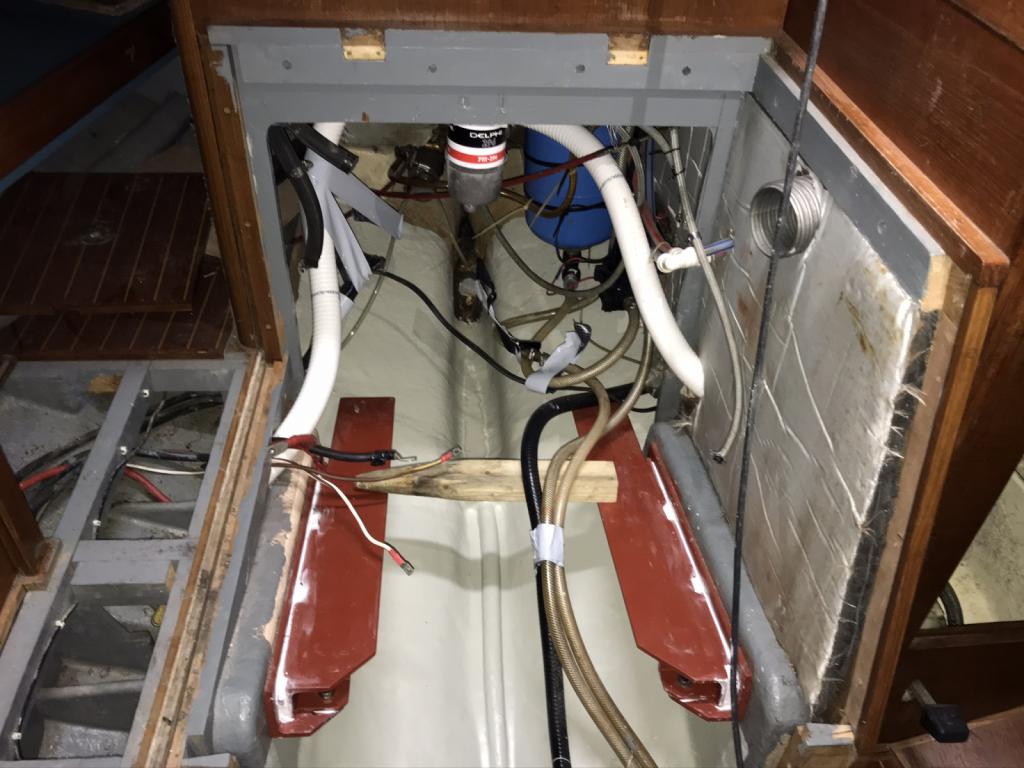 Ready for the new engine 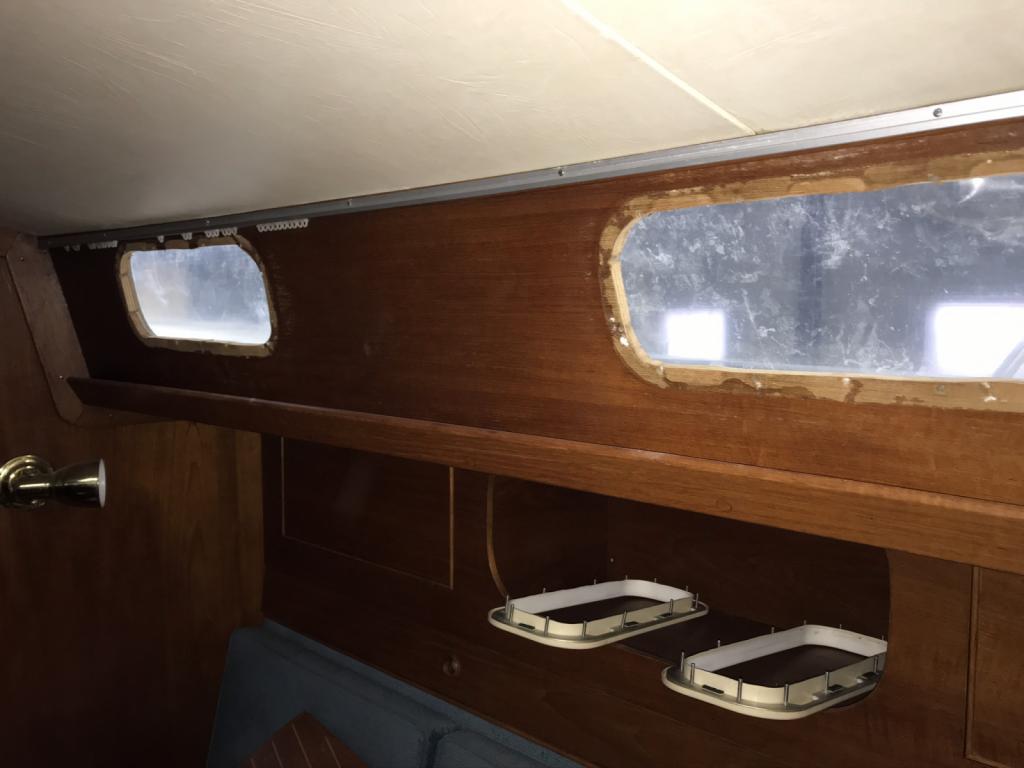 Portlights away for reglazing