Look what the anchor brought in! Decided to cut the journey time back to Ayamonte tomorrow by moving five miles downstream to Laranjeiras with a pleasant evening trip with the current in favour. Well the best laid plans for a relaxing river cruise followed by a cool beer were rudely interrupted when I started pulling up the anchor and found I had half a tree attached. As the boat had turned with the tide the chain had neatly wrapped itself around what appeared to be two branches joined by some old fishing tackle! After about an hour I managed to saw through three of the arms but the chain was still wrapped around the remaining branch. Finally Les and Jo came to the rescue with their dinghy - I had tried with mine but could not simultaneously hold on position against the current and twist the bough. With Jo holding on Les eventually managed to free the chain. Luckily there was enough chain below the log to hold the boat in position. Don't like to think what I would have done if we had drifted off with 10 metres of chain hanging below the log. Thanks Jo and Les, another couple of long term residents of this fascinating river. 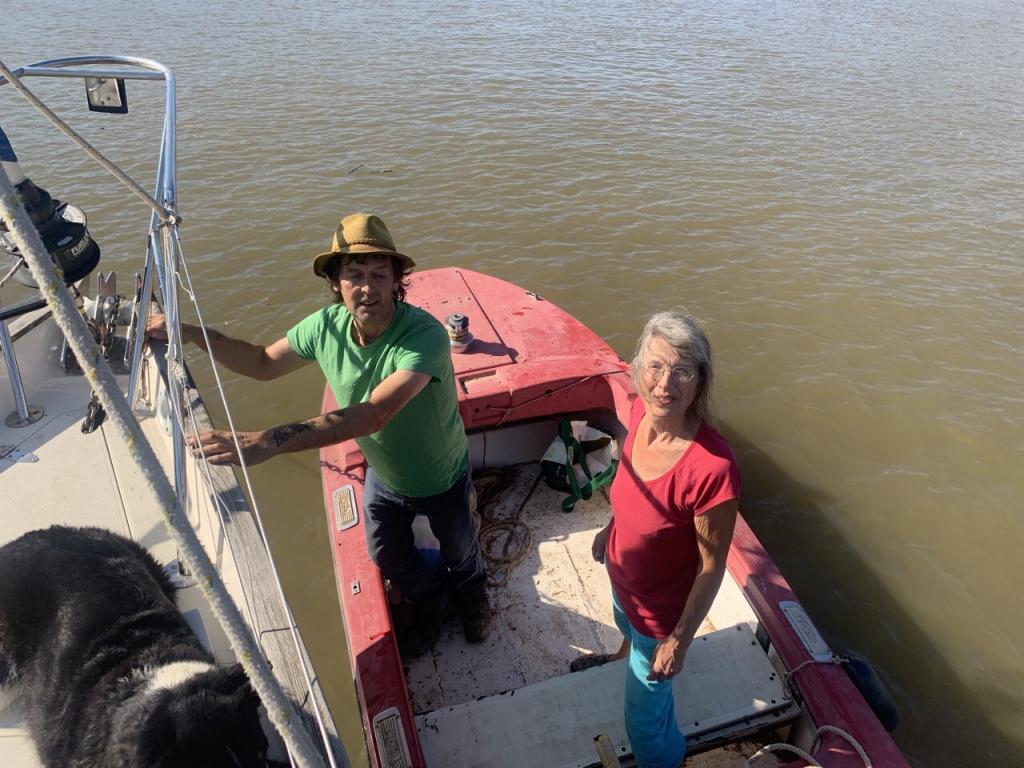