If you're wondering why we are still in the same general area, we spent last week dealing with the USA health system trying to fill a couple of prescriptions. This simple act took the entire week and it is no wonder that the American health system is in such disarray. This week we are waiting for the weather to abate further south and for the seas to die down from ex Hurricane Hermine. Meanwhile Maynard has been on the phone constantly with an incredible amount of work for his company. The older he gets, the harder he works it seems although I am trying to convince him otherwise. Fortunately we are very comfortable as Vanish is set up like a home with phone and internet access plus we have access to all that the local towns provide. We experienced only the slightest effect from Hurricane Hermine. My mackerel sky observation at 6pm the previous night brought a 20 kn north-easterly 9 hours later but we had moved behind the Rockland Breakwater on sunset. Rockland Harbor is exposed to the east and north-east so boats tend to anchor behind the rock wall in bad weather although the lobbie men have potted it out with lobster buoys so it's difficult to find swinging room. We are gaining more confidence in our new Rocna anchor and it means we can anchor with slightly less chain on the bottom so we can squeeze in a little better. Whenever we raise the anchor, it comes up with at least a couple of hundred pounds of sticky mud which Maynard pushes off with the boat hook so it is definitely grabbing the bottom beautifully. We find it doesn't slide at all when we put Vanish in reverse to set it. It just drops and grabs and is a totally different experience to the CQR. So far, so good.

Our marina in Brunswick, Georgia bore the brunt of Hurricane Hermine with 75 mph winds coming directly into the inlet with 5 foot waves which destroyed the dock house on Dock 1. Dock 1 sacrificed itself to save all the other yachts in the marina which all survived without damage. The outer bands here in Maine associated with Hurricane Hermine provided us with a beautiful sunset before the north-easterly arrived in the night. 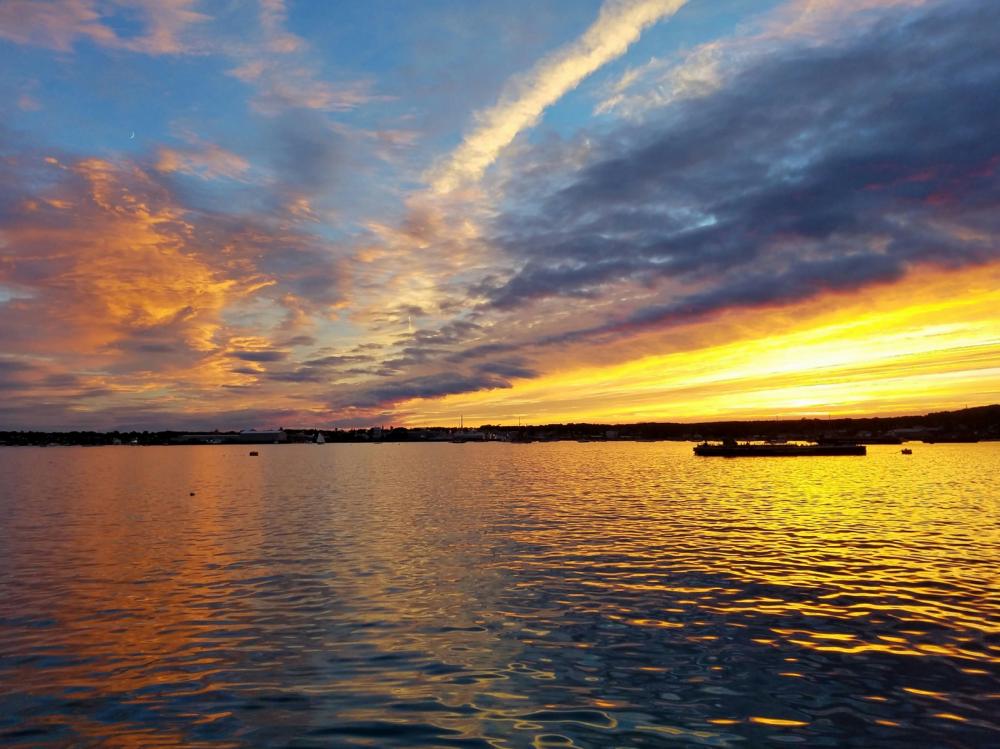 The next day, the fog rolled in as you can see in the above photo. The sea surface was glassy and every now and again a seal or loon would pop up nearby. It became very thick after dark and it was impossible to see any nearby yachts or their anchor lights. It was Maynard's birthday but unfortunately he was on the phone to Australia until late so we could not go to town for a birthday dinner. Around 9 pm, we saw a bright light outside in the pitch dark. When we went onto the bow to investigate, we saw that a lobster boat had come into the anchorage and was tying up to a nearby mooring. Even with radar, this would have been an incredibly difficult maneuver with lit and unlit boats, lobster buoys, moorings, barges and navigation markers. It is hard enough when it's dark but brutal with less than 100 meters of visibility with the fog. It felt super creepy outside but warm and toasty in the well-lit salon of Vanish. It is again foggy today and is forecast to be so again tomorrow with drizzle and then thunderstorms by the end of the week. 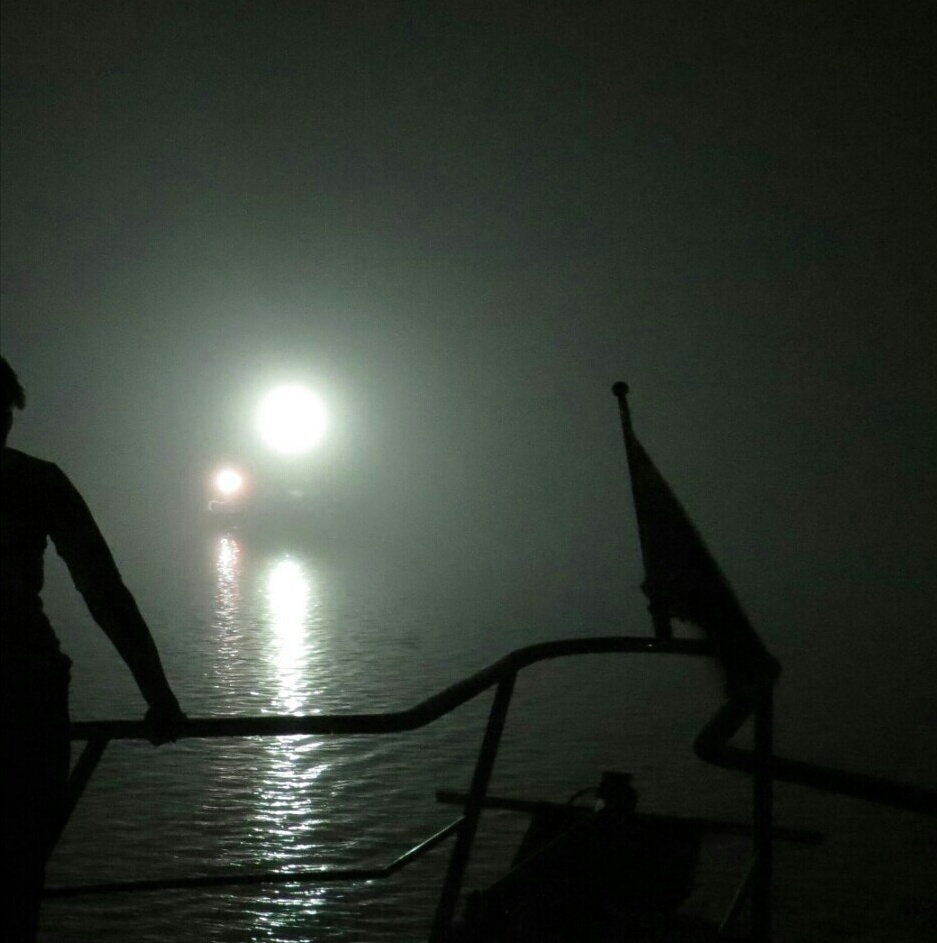