So we finally left Lymington on the 14 May on a lovely sunny and windless day. Thanks to Andy and Jane for coming to wish us bon voyage (or was it to make sure we left?). Our plan for this year is to head across to France and make our way slowly down the Brittany coast from Brest to La Rochelle. From there we will go across the Bay of Biscay to the north Spanish coast and then hop our way all around the coast of Spain and Portugal until we get to the Mediterranean. Getting there sometime in September and then we will leave the boat in the Med for the winter. 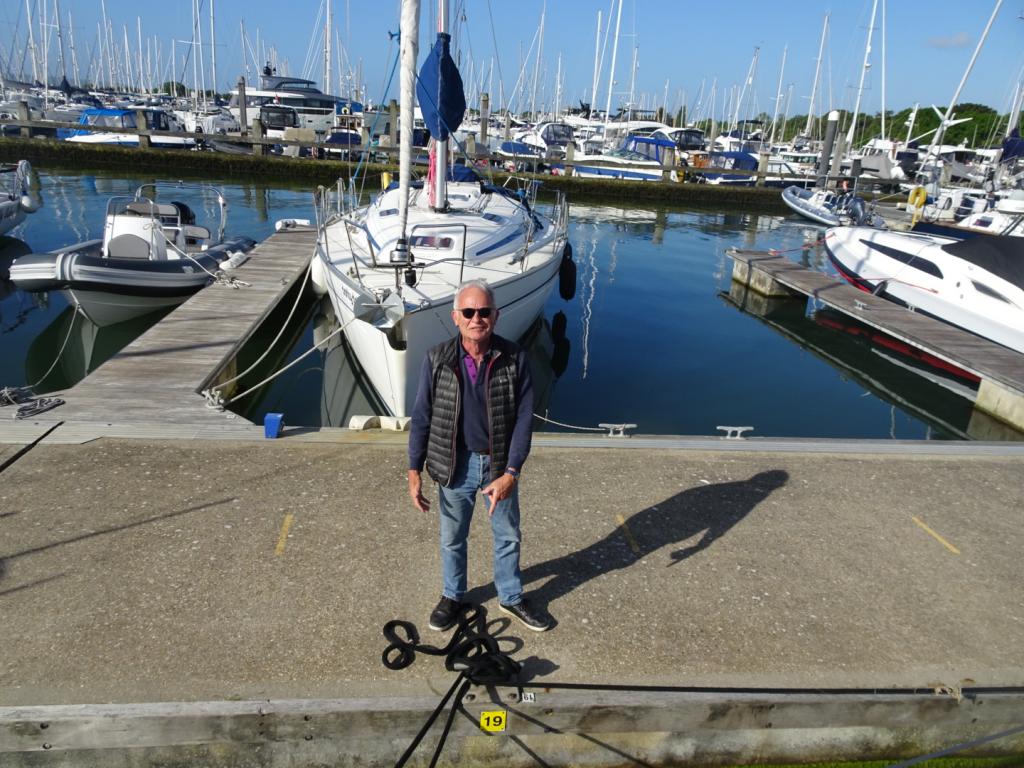 We thought it best to stay UK side of Le Manche, until we were sure everything worked ok. So made our way along the Dorset coast, stopping for a very pleasant lunch stop in Worbarrow Bay, before braving Weymouth Quay on a Saturday night. Next day we headed across Lyme Bay to Salcombe, the highlight of which was 2 white beaked dolphins that stayed with us for ages and entertained us with lots of tail slapping. Great sailing to start and with the tide we were doing a good 10kts over the ground. Then the wind died and we had 2 hours of tide against (navigator error!). So everything on the boat seems to work ok, except the dreaded heat sensor that we'd been waiting for since January, doesn't work and the alarm is going off all the time - luckily its not that loud, but a bit annoying to have a background buzz all the time the engine is on!
We stayed three nights in Salcombe waiting for the strong southerly winds to go away, enjoying a couple of nice coastal walks (fantastic wildflowers) and checked out the odd coffee shop. The forecast for 18 May was no wind, but we were keen to get across the channel. Salcombe to Brest is 140 miles to the SSW and there is the Channel du Four on the NW tip of Brittany which has very strong tides so we needed to get our arrival time to coincide with a south going tide. We left at 17.30 and pretty much motored all the way, a bit of a swell, but otherwise flat. We each did 2hours on watch; the autopilot does the steering but you still need to look out for ship's lights and on the chart plotter - which shows all the boats with AIS (Automated Identification System - where boats transmit their positions, their signal is picked up by other boats and so their position can be seen on the electronic chart). AIS is great but fishing boats and the Navy like to work in stealth mode i.e. they receive but don't transmit. On my watches I had visiting dolphins, a navy frigate, an aircraft carrier (which i think must have been lost as it just seemed to be going in circles), a gorgeous sunset and sunrise. On Jays watches he had lots of boats aiming straight for us, so he had to take avoiding action. Nothing too close but for a 360m long tanker doing 16kts, a mile is plenty close enough. 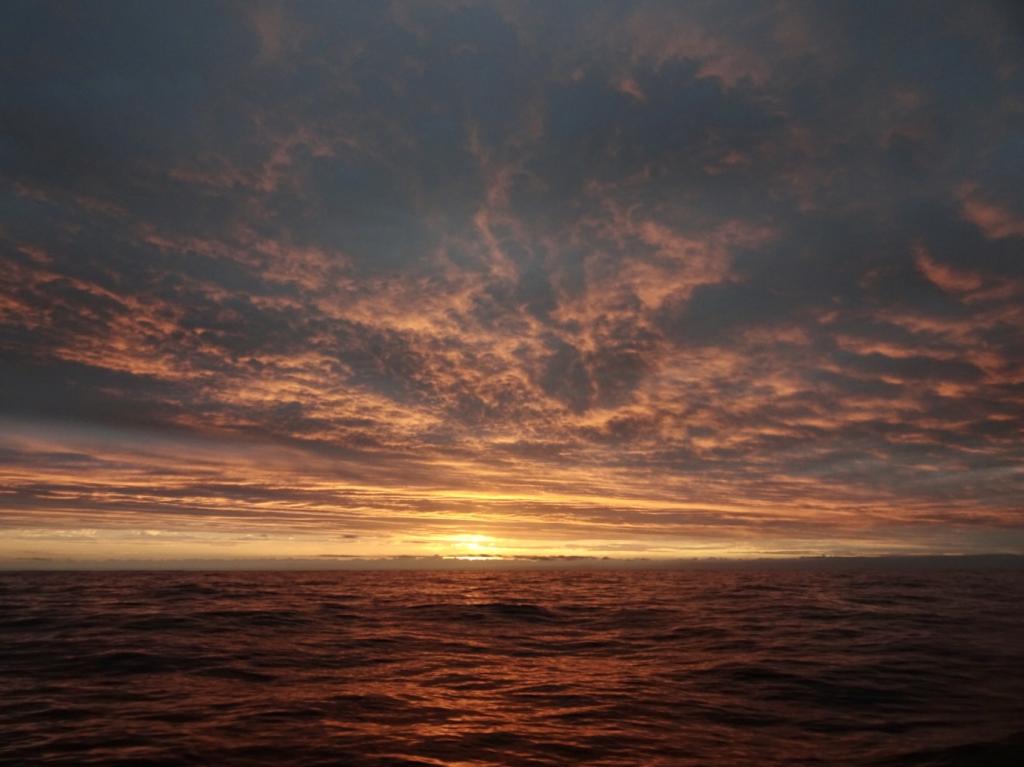 By 10.00 we could see the coast of France and were soon in the Channel du Four; suddenly it was warm and sunny! By 13.00 we were in Brest and ready for a patisserie!
We spent 3 days in Brest. Our first task was to visit the ‘Douane’ to get our passports stamped and hope they would let us in. They were very chilled and didn't want to check anything. As we now have our 1yr French visa they didn’t actually want to stamp our passports and as far as they were concerned its a Schengen visa so we don’t need to check into any other countries in the next year. So that is great news for us that we don’t have to worry about the 90days in 180 rule. After that we became tourists, taking in 'Oceanopolis' a really, really good aquarium, the botanic gardens (nice but nothing special) and a bike ride to the west and north of Brest. It's a mixed farming area, lots of cows, barley, wheat and corn, but not too intensive with lots of tracks and quiet lanes. A coastal path seems to go around a lot of the area and not too hilly so we had a lovely bike ride. Brest is not so pretty, mainly due to it being pretty much destroyed in the "battle for Brest' between German and American forces in 1944. But its a lively town and nice to be somewhere very French and not touristy. 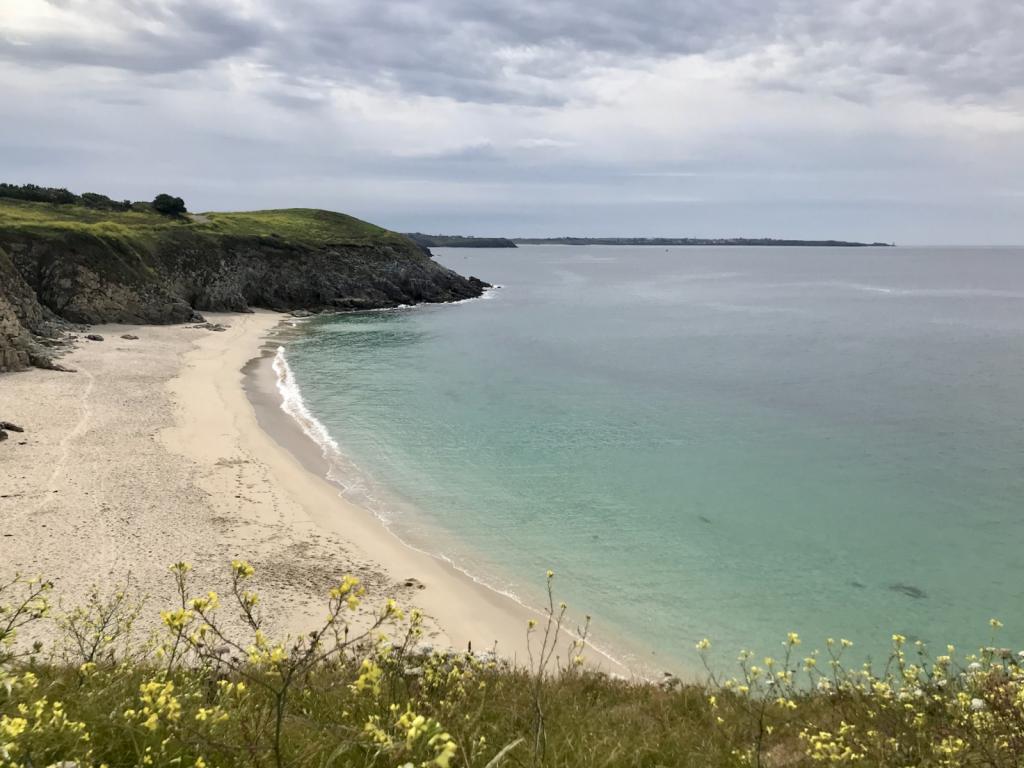 What Vela did in the winter…