1 June
Moribhan Gulf is like a bigger version of Poole Harbour, so a narrow entrance with a strong tide and then a huge shallow area with lots of islands and inlets. We spent a couple of nights here, the first was very noisy as we (I !) didn't choose the best spot and were in the tide and bit exposed to the wind - so lots of little waves slapping on the bottom. We moved for the 2nd night and all was good! Popular area for holiday homes and to keep a boat. 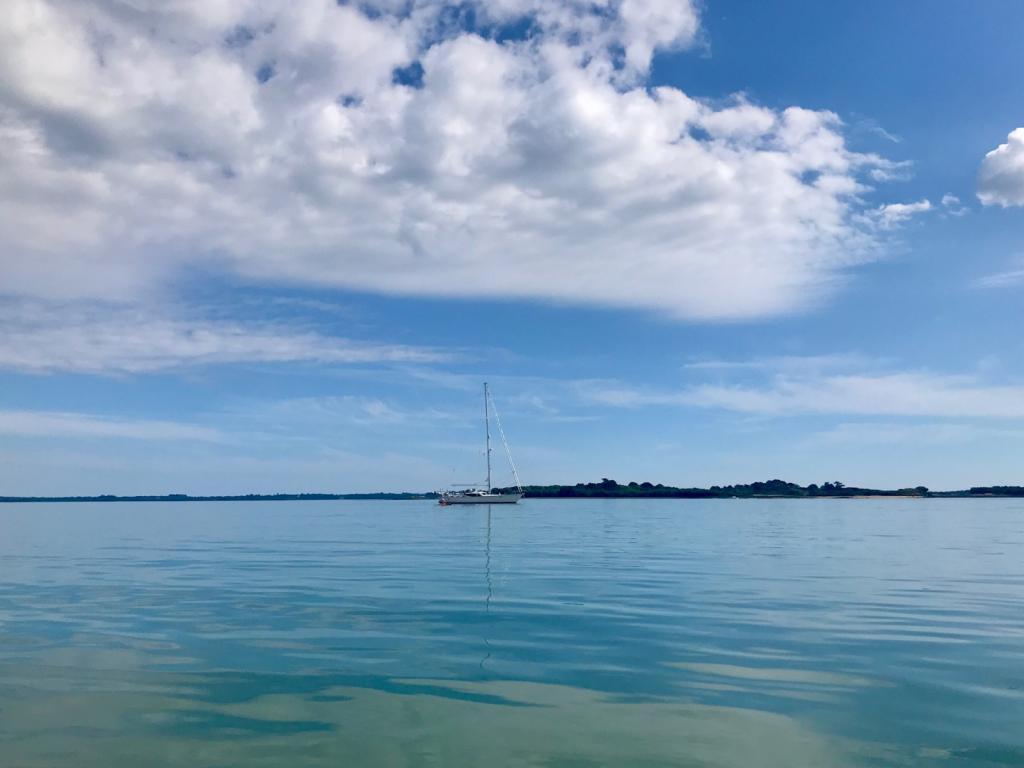 Lots of oyster farms in here too, a real delicacy of the area (tried them once...never again). Apparently there are 3 methods of farming oysters - the suspended method where they are glued to ropes and suspended, suited to non tidal areas, so popular in the Med. The deep sea method where they are in bags on the sea bed and then the raised bed method, which is used in Brittany. The baby oysters are put in sacks and then placed on racks in shallow water, so they will be exposed at low tide. The bags are turned occasionally until they reach market size. If you look closely at the bags you'll see the occasional squirt of water from their shell, as they expel water they have filtered food from. Apparently baby oysters (larvae) can swim, so they can move about to choose where they attach to, but once attach they change form into a 'spat' and can't move. They are only called a oyster when an adult, after about 2.5 yrs....but then its ready to eat. They can live up to 20yrs. 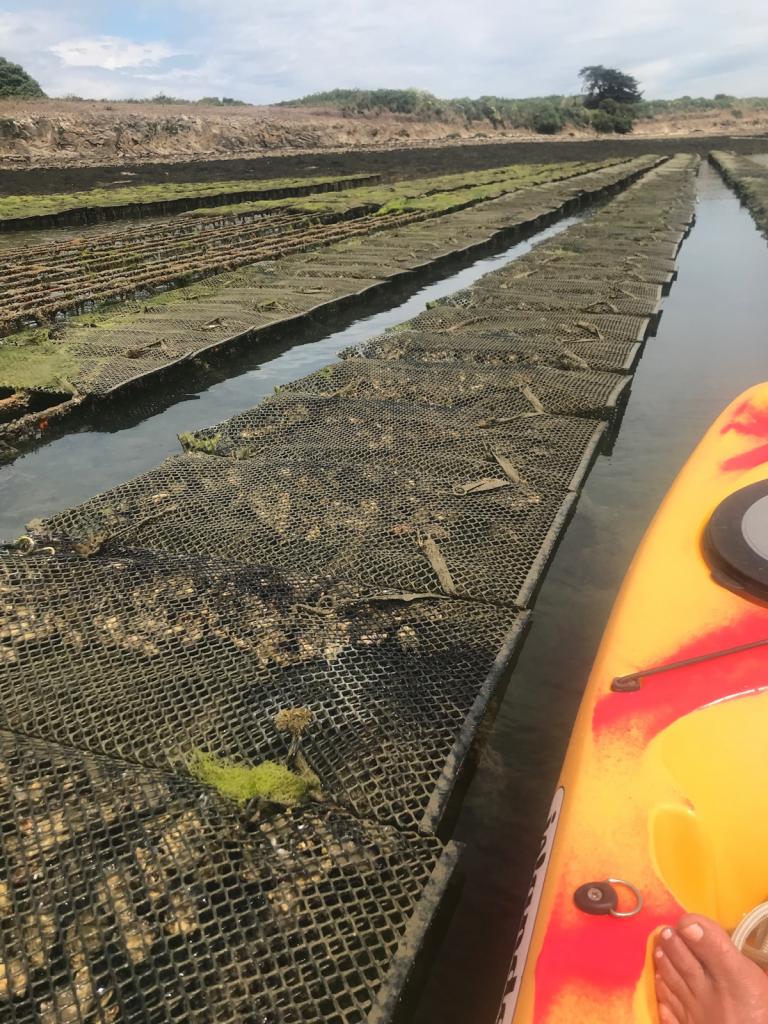 3 June. With a calm and sunny forecast for the weekend we headed west to Ile D'Houat, a small island just a couple of miles long and, as we discovered, a very popular weekend destination. We choose an anchorage off a big beach and when we arrived we were one of only 5 boats. When we left on Sunday morning we had 70 neighbours! Apart from a small village, it's a deserted island with lots of wildflowers and lizards galore. 5 June. An early-ish start to head back to the mainland and a trip to Nantes, and yes you're right, its not on the coast. 30 miles up the River Loire, so we need to get to St Nazarre at low tide to go with the incoming current up the river. And to be honest, we wished we'd got the train, its a pretty boring river, (see main pic) wide and through a huge wetland area, so all the surrounds are flat. When we arrived we caused a bit of chaos as there is only a small pontoon and there were 3 boats there already. After a bit of deliberation one kindly moved for us, but didn't take account of the tide and hit one of the other boats in the process, causing some damage. Luckily they were all quite chilled about it, but we did feel guilty and offered wine as compensation and cooked supper for the young couple on the damaged boat who were great company, spoke perfect English (thankfully), but have much more staying power than us and at 2.30am we had to call it a night! We enjoyed a day in Nantes including a visit to a park with a mechanical elephant and then headed off on the 30nm return journey to the resort town of Pornichet. (Think Worthing, but with all the retired inhabitants having a tan). 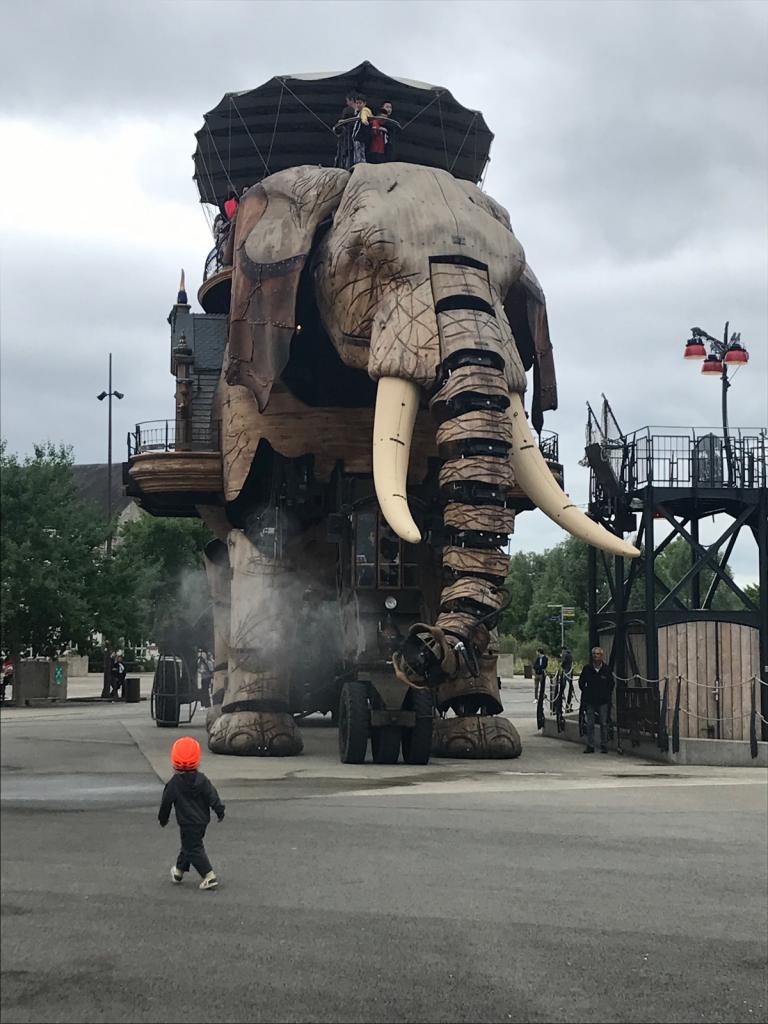 We spent a couple of nights here and explored the area by bike. It still has working salt pans and the salt produced is a local delicacy. We explored the 122,000acre Briere National Park, a huge Wetland area. Mostly it was cycling around the edge of the park as access is very limited, but we found one narrow path cutting though a part of it which was stunning. An easy place to get very lost! 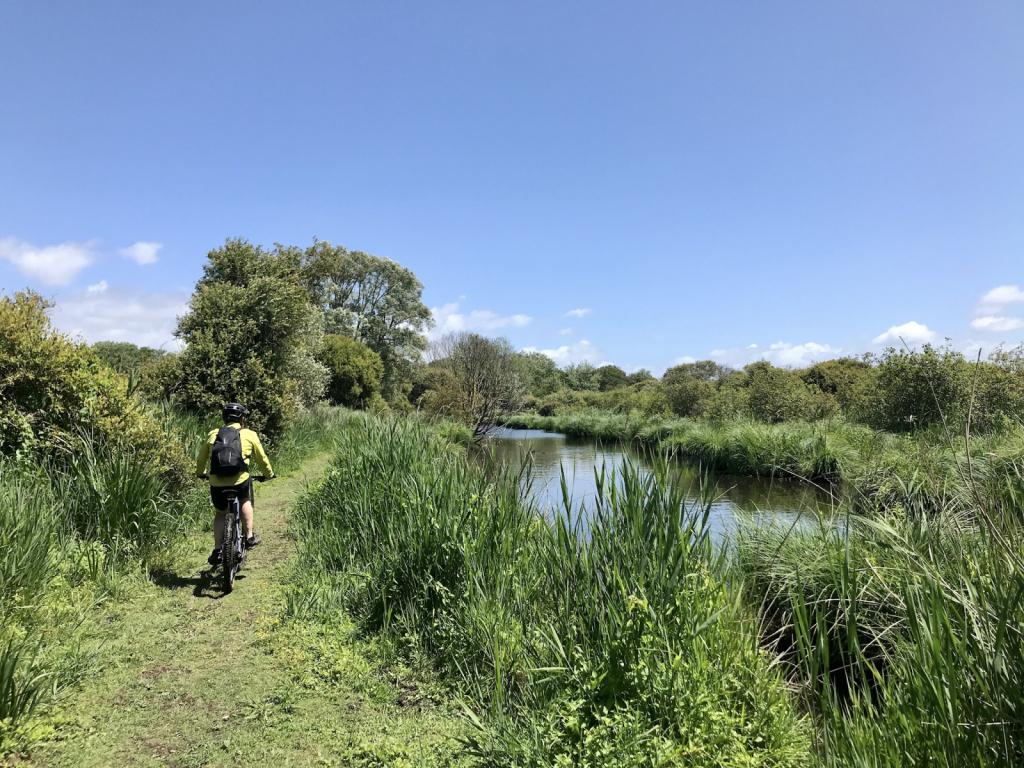 9 June. Continuing south, we sailed 30 nautical miles to Ile D'yeu, another popular French holiday destination. It's 25km around the island and everyone who comes here must ride around it, or so it seems as Port Joinville is full of cycle hire shops. It was a lovely bike ride on very quiet roads or tracks with lots of options to divert onto some of the quiet beaches.

11 June. Time to make our final journey in France, 62m to La Rochelle to pick up Billy and Andy, who came out to join us for the sail to Spain. It was one of the best sails of the trip so far, on a warm sunny day and pleasant breeze pushing us all the way to La Rochelle. We had booked into one of the biggest marinas in Europe with 5000 boats - La Minimes - and judging by the number trying to get back in the marina at 5pm, most of them had been sailing that day - there were boats everywhere, throw in a few windsurfers, kayakers, a narrow entrance channel and us not knowing where we going and it was a miracle we made it in unscathed.
We had a couple of days to explore La Rochelle. We walked in, which wasn't that far, its just that it takes 25minutes to walk around the outside of the marina as it's so big. The town is beautiful and there was a carnival on with lots of crazy floats, marching bands and confetti everywhere, which made for a wonderful atmosphere. 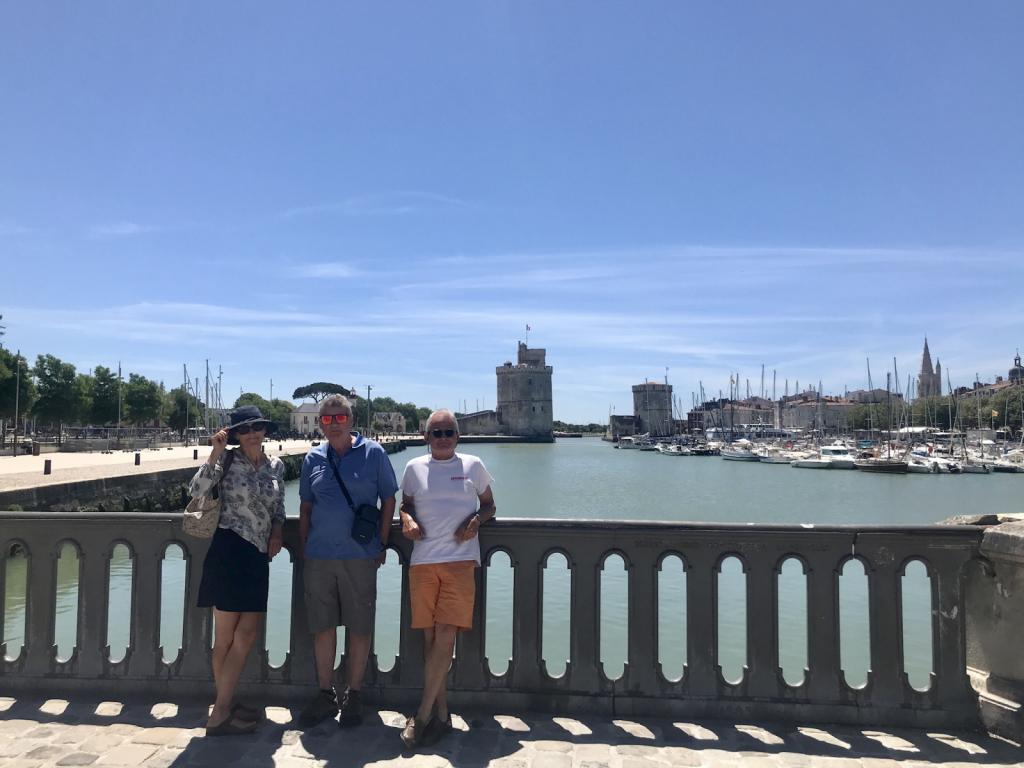 After much studying of weather forecasts we decided Tuesday 14 was the best day to head to Spain. So after some boat checking, shopping and a good meal out, we ready to go. It's been a great few weeks exploring S Brittany and there are still lots of places we'd like to visit...another time. Whilst lacking Scotland's scenery, wildlife and choices of place to visit, it is a lot warmer and the French people are very polite and friendly.