23- 31July
Ria is the Spanish word for estuary and the largest ones are to be found on the NW coast. Múxia is in the Ria de Camarinas, one of the smallest Rias, but also one of the least developed, with just two small fishing ports on its shores. It is also part of one of the Camina de Compostela so many pilgrims/walkers pass through here and visit the church on the cliffs. 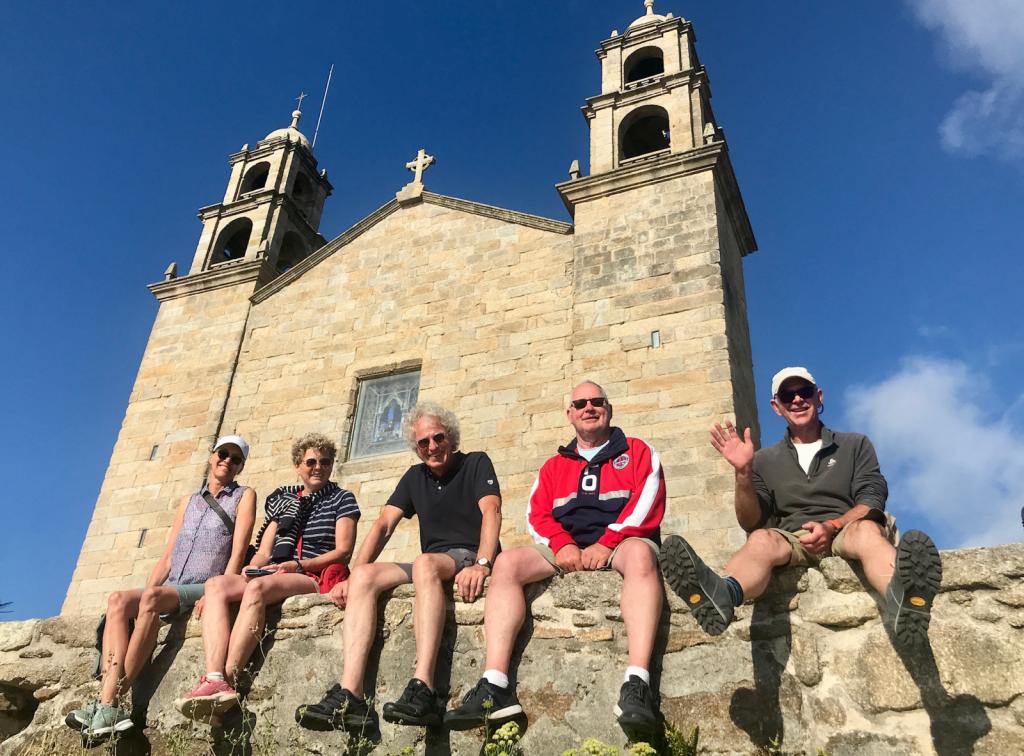 Jay and I cycled from Múxia to Cabo Finisterre - the place the Romans thought was the end of the world. We can confirm that Galicia is quite hilly! It is also Spains wettest region and main forestry area, so for much of the 40m route we were cycling on forest tracks. The traditional trees of the area are oak, alder, birch and sweet chestnut - the later being a major food source before the arrival of the potato and the timber was widely used. But now Australian eucalyptus makes up 50% of the forest, as it can be harvested in less than 20years. In this area it is mostly used to make paper. But many people are not happy with its spread for 2 reasons - fallen leaves on the ground prevent any other plants growing and it is very flammable - so the intensity and spread of recent forest fires have been due to the presence of Eucalyptus. 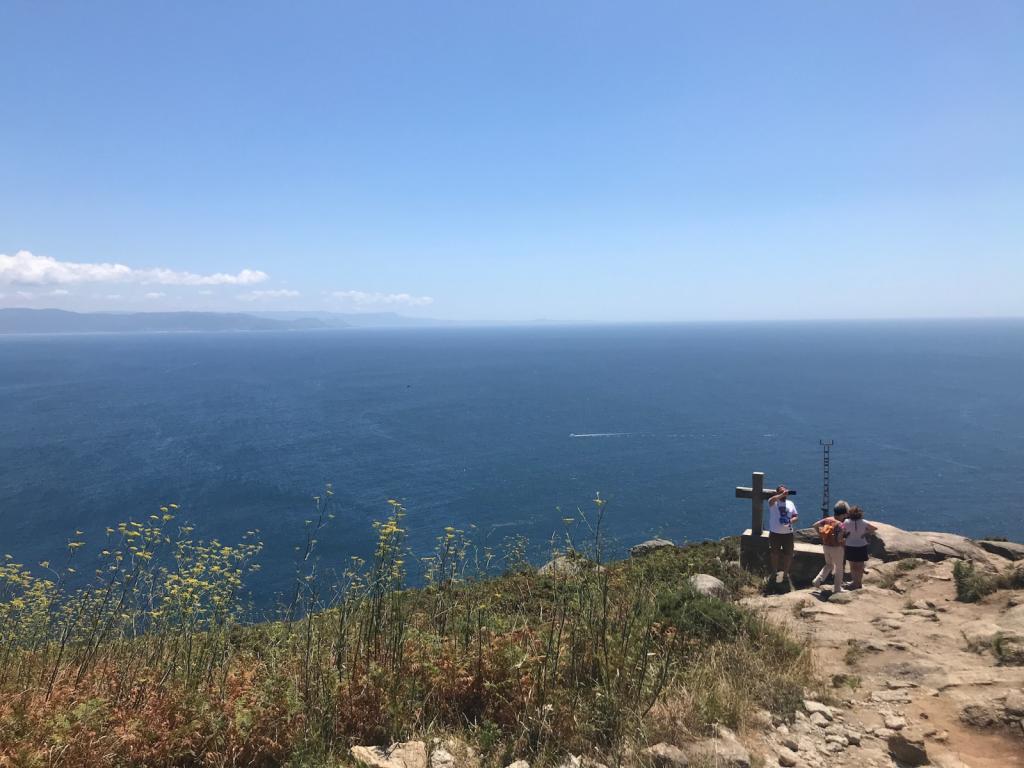 The lighthouse at Finisterre was really not worthy 'for the end of the world' but the view was nice. Our return journey involved more quiet lanes and it seemed almost every house had an Hórreos -a traditional grain store, one of the features of Galicia. Mainly used for sweet corn, they are set off the ground on granite 'mushrooms' to keep out vermin and to generate air flow. The walls have holes to allow more air flow but to keep our rain and birds. Im not sure how many are still used for grain but they are certainly well cared for.

From Múxia we continued south and sailed past Cabo Finisterre to the Ria Muros. Since 2020 some young male Orca have started to attack boats along the Spanish and Portuguese coast. They seem to prefer yachts 15-17m in length (our size) they hit the boats and in some cases bite the rudders so much that they are not useable. We kept a good look out bit didn't see any - sad not to see any but very happy not to be attacked by them.
Safely in the marina at Muros, there was a French boat next to us which had been attacked and needed to be towed into harbour - news worthy enough for him to be interviewed by French TV. The Spanish harbour master was not so impressed, thinking he was making a big fuss and annoyed he hadn't paid any money to stop in the marina!

From Muros we made our way to the next Ria - Ria De Arousa, stopping on the way at one of the Islands which is part of the National Park. Designated for its interesting flora and its nesting seabirds. You need to apply for a licence to visit and then need to book your visit online as the numbers are strictly limited and you have to anchor in the designated area. After a nice walk on the island we were going to stay overnight but the wind picked up so made a hasty retreat at 9pm to a more sheltered anchorage off the mainland. 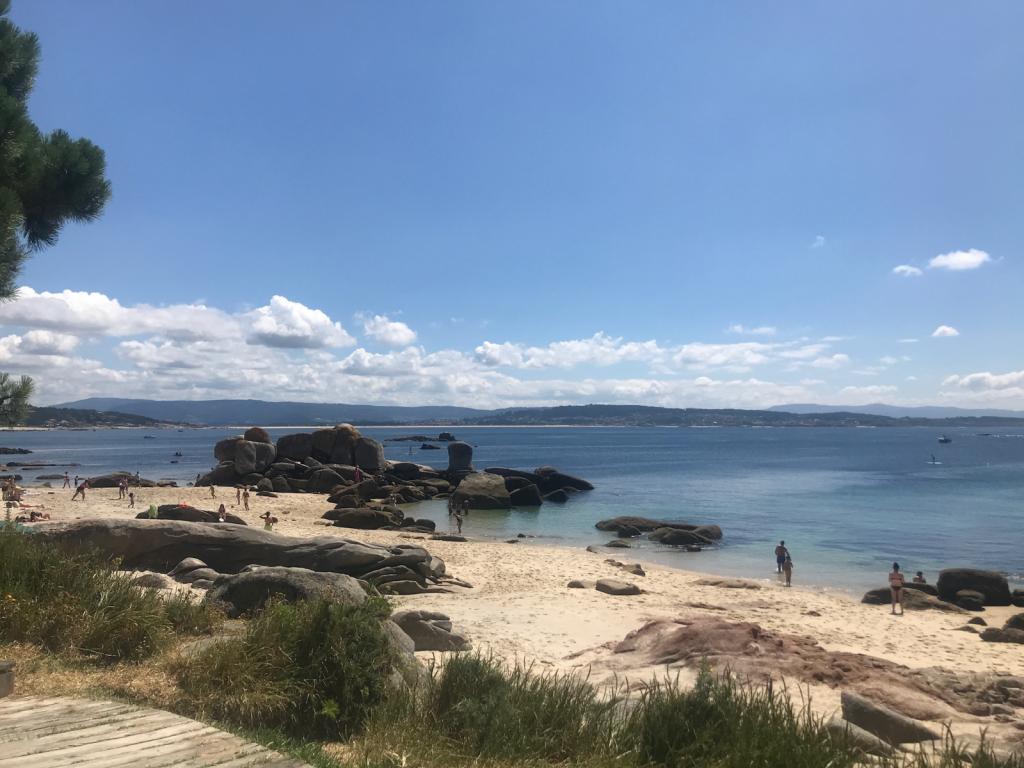 We were off Porto Pedras Negras, a popular holiday area with lots of beaches and a fantastic 3k boardwalk taking you along the coast through beaches and rocky coves. It remained pretty windy and we abandoned the idea of an evening ashore as the wind was gusting 30kts, so curry and UNO it was....Malcolm being the UNO champion. On the 30 we headed further into the Ria De Arousa and went into Cabo Cruz marina, ready for Malcolm and Astrid to get an early morning taxi to start their long journey back to Vancouver. An evening of tapas and cervezas in the marina bar, rounded off a really enjoyable couple of weeks.

The Rias, Portugal and A Coruña (again)