19 May 2014 | River Guadiana, border between Spain and Portugal
Nichola / bit of cloud We've had a great month up the Guadiana or Glue River, so called as once here you'll get stuck! Before we arrived we were expecting to find very little there, but the two villages where we were anchored were quite bustling, especially on the Portuguese side with 3 festivals whilst we've been there. There are liveaboards who stay up river all year plus ex-pats living in fincas along the river. It was a very friendly place and I enjoyed my morning chats in Spanish with the baker (quite limited as my Spanish is not great and mostly about the weather).

We didn't go any further up river but we heard that there are hand drawn charts available to help with heading further up. Ask a local for more details.

Here is a list of some of the practicalities of basing yourself close to the villages of Alcoutim and Sanlucar de Guadiana.

Anchor Holding
We anchored just south of the villages and found good holding. The area between the villages was more rocky and friends who tried to anchor there had less success in getting the anchor to hold and heard it drag across stones. We've stayed in almost the same spot - in strong wind against tide situations we think we dragged a few metres but the anchor dug in again. However, the movement through tide changes and sailing around the anchor at times meant we did manage to cover a distance of 14nm over the month!

Shore Access
There are pontoons on both sides of the river with plenty of room for tying up dinghies. Yachts can also be left there for a small cost (less than €10 a night) with electric hook ups available - there is a 1 week time limit on the Portuguese side so space is usually available with boats coming and going. In Sanlucar there is no time limit so no space as boats have been left there for years with no incentive to move on.

Water
Available free from the pontoons on the Portuguese side and Spanish side but when I drank some from the Spanish side it tasted funny. I never saw anyone filling up from Spain.

Showers
Good, hot showers available free in Alcoutim in the block just to the left of the ramp from the first pontoon.

Wifi
Free in the library on the Portuguese side, can get a signal from outside the library when it is closed. Also in the beach bar in Sanlucar and the Riverside bar in Alcoutim.

Travel
There are buses Monday to Friday in the morning down to Vila Real, returning around 5pm, plus a 2pm bus from Vila Real on Wednesdays. Also on Monday and Friday the bus goes from Vila Real to Mertola via Alcoutim for a day trip. There are no buses at the weekend.

And Time Travel
Take the dinghy just 100m across the river and you can time travel backwards and forwards an hour as Spain is one hour ahead of Portugal. We decided to stick with Portuguese time but it was still best when arranging a time to meet with others to say what timezone you meant!

You might also want to not bother with a watch as the church bells on either ring out each hour, each sides' bells slightly staggered from each other so that they don't ring over each other. How very polite of them! At 8am and 12pm the Portuguese bells also ring out a lovely little tune.

Gas
In the square in Alcoutim is Guadilectrica where propane, butane and Camping Gaz bottles are available. We were able to get a fitting and hose to allow us to connect the hired propane bottle to our American bottles and so fill them. An initial deposit of €15 was needed, the 11kg bottle was then €24.50. We got the deposit back when we returned the empty bottle and didn't take another in exchange.

Petrol
The nearest petrol station is 6km away up hill for most of it so best to bring plenty with you.

Things to do
Visit the windmills or walk up the castle on the Spanish side (closed for refurb when we were there) or the Portuguese castle. 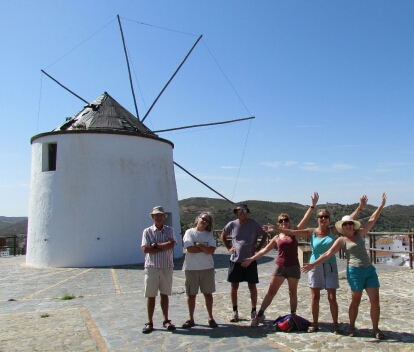 Lots of walks with signposted GR routes on either side. 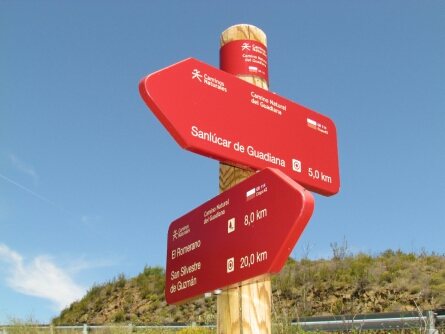 Wildlife spotting - we saw terrapins, snakes, frogs, rats, lizards, lots of birdlife and it was great to just sit at night in the dark listening to the fish jump and the nightingales sing.

Drink in the bars on either side of the river - on Tuesday night there is music night in the Riverside Bar in Alcoutim. We were made very welcome to join in both singing and playing. 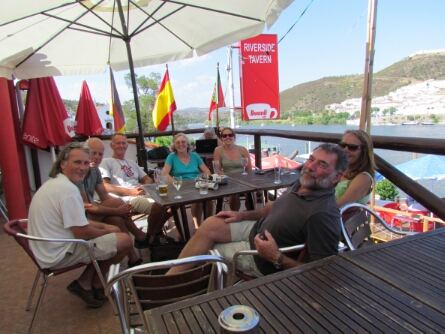 Or if you're feeling adventurous you can do the zipwire! 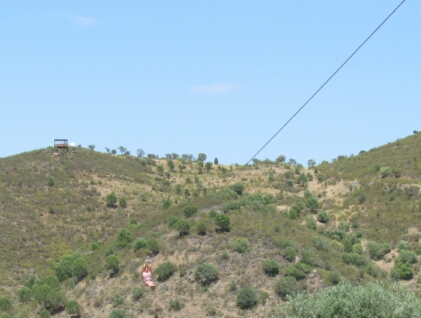 Gilly on the zipwire