Our journey to the volcanos has had to be delayed due to engine problems. As we attempted to sail today I dropped back the engine revs and put it into neutral. The engine gauges stayed as they had been and showed we were still doing 1800 revs. The whole engine panel was not responding - at some point the gauges had stuck in position giving the impression they were still working. Luckily this meant the on/off switch was broken too as if we'd turned it off we might not have got it going again. The obvious of a loose wire on the panel was unfortunately discounted, a shame as we could have kept going with a simple fix.

There wasn't enough wind to sail anyway so we motored on to San Capo lo Vito where we could anchor and sort out a repair.

It was calm enough to anchor north of the harbour with just a slight swell running in. Having waited impatiently for the engine to cool enough to work around, Colin began inspecting the engine and found the solenoid wire was completely corroded through and had broken off. But why the corrosion? Well, directly above the solenoid was the engine sea water coolant pipe - it turned out to have a split in it where it connected to the exhaust elbow and salty water had been dripping unchecked onto the solenoid.

On inspection, the pipe looked too small for the job and had been kinked when it was forced into place. Eventually it must have split. So much for 'the 'professionally' installed engine. We both felt pretty miserable at what had happened and maybe we wouldn't be getting to the volcanoes after all.

Colin rummaged through the offcuts of pipes we had and found something that would keep us going. New pipe on, clean solenoid terminal of corrosion, new connector on, clean rest of engine to get rid of evil, corrosive salt water.

Three hot and cramped hours later and the sound of Victor firing to life was like sweet music to our ears.

So bad luck it has happened (well more like bad workmanship on account of the people who installed the engine and we were both very angry at them) but lucky that we had a sheltered anchorage we could go to, that we had a suitable bit of pipe (hurrah for hoarding, we'd have been stuffed without that bit of pipe) and that we hadn't had enough wind to sail - otherwise if we'd been sailing when the solenoid wire gave up we'd have not been able to start the engine which could have been a major problem if we needed it in an emergency.

Plus the views here are stunning! Mission volcano will resume again tomorrow..... 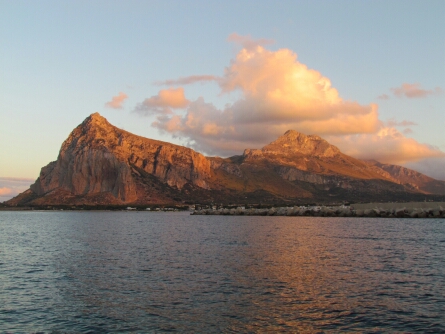